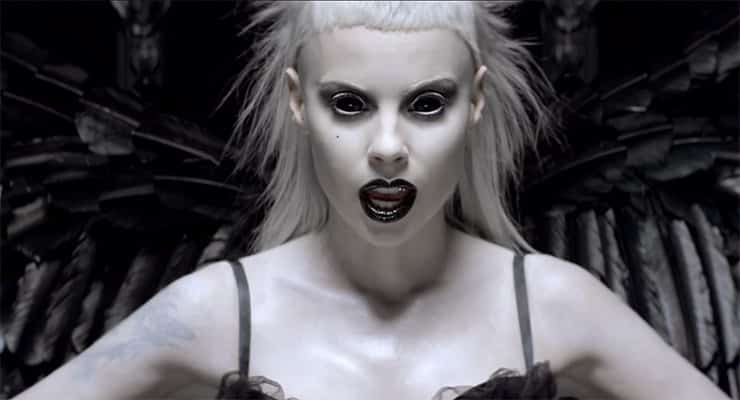 Here’s a list of eight notable artists, writers and musicians who have been influenced by chaos magick, the postmodern version of occultism that shows you how to create your own rules for reality

Chaos magick is a postmodern system of magick that emerged during the late 20th century in England. During the late 1970s and early 1980s, occult thinkers Peter J. Carroll and Ray Sherwin were looking to define a system of magick that didn’t accept the dogma of the traditions that came before it, and instead sought results based on performing the magical operations of given system. Chaos magick values an eclectic approach toward belief—and its practitioners will adopt new beliefs and identities as they see fit to match the results they’re looking to get. Influenced by the writings of early-20th century painter and sorcerer Austin Osman Spare, as well as taking inspiration for the ideas of countercultural figures like Robert Anton Wilson and William S. Burroughs, the early chaos magicians suffused a core system based on the individual practitioner’s achievement of gnosis, a state of altered consciousness that exists beyond reason and the senses.

William S. Burroughs was the author of classic countercultural works like Naked Lunch, The Soft Machine and Nova Express. Burroughs was fascinated by altered states of consciousness, and it shows in his hallucinatory writings—as well as his life-long drug habit. His interest in altered states of consciousness led him to a more schooled interest in magick, with a particular interest in Hassan i-Sabbah, whose dictum “Nothing is True, Everything is Permitted” was of particular influence on the system of chaos magick. Along with Bryon Gysin, Burroughs was one of the originators of the cut-up technique of writing. (You can read Brion Gysin’s travelogue of visiting Hassan i-Sabbah’s Castle of Alamut, not currently published anywhere else, in Ultraculture Journal.)

Below, Burroughs lectures on the using power of magical states of consciousness to inspire the creative faculty.

Robert Anton Wilson’s books—like The Illuminatus! Trilogy and Cosmic Trigger—were early influences on the development of chaos magick. You could say that his suffusion of Sufism, Taoism, Zen, General Semantics, Thelema and a host of other philosophical and mystical traditions made him an early adopter of chaos magick.

Below, Wilson talks about his experiences channeling a higher intelligence from the star system Sirius.

Grant Morrison is the author of the The Invisibles, an epic comic series designed as a hypersigil inspired by a UFO abduction/mystical experience Morrison had in Kathmandu.

Morrison has been very vocal about his practice of chaos magick. Below is the talk that launched a thousand sigils.

Alan McGee is the founder of Creation Records, the label responsible for launching the careers of the Jesus and Mary Chain, Primal Scream, My Bloody Valentine and Oasis. Peter J. Carroll’s Liber Null was of particular interest to McGee, who said in an interview:

“I’m more into… the chaos magicians like Peter J. Carroll, Austin Osman Spare and the films of Kenneth Anger and stuff like that. And Grant Morrison… Liber Null was a massive learning curve for me… It was a life changer for me, that book Liber Null.”

Ultraculture previously did a deep dive on the occult symbolism in Die Antwoord’s music video for “Pitbull Terrier”—and the South African rap duo, consisting of Ninja and Yolandi, have been revealing more and more of their interest in chaos magic. Their latest record, Donker Mag, features an androgynous, nude Yolandi covered with sigils on the cover. Their latest music video, “Ugly Boy” heavily features imagery associated with chaos magic, such as the eight-pointed chaosphere. Watch DIE ANTWOORD’S, UGLY BOY, here.

The enigmatic and reclusive electronic music legend Aphex Twin (real name Richard D. James) recently spoke about the influence of chaos magick on his artistic output. In a Guardian article about his new album Syro, James stated that he “pretty much believes” in magic:

“Even if none of it’s true, it’s just a thousand times better than any science fiction film that’s ever been written,” he said. “You can’t only believe things which can be proven. It’s boring.”

He also opened up about the mysterious origins of his logo:

“You think of something that you want to happen, then you turn it into something that looks like a magic symbol, and then you put it out in the world, and it works,” James said. “It does … But if you tell anyone what the symbol means, then it will stop working. I’ve got a new [sigil] that’s been in development for ages but it’s not looking right yet.”

While not a chaos magician in a strict sense, Albarn is yet another celebrity who has recently “come clean” about his interest in the occult. A few years ago, Albarn released a concept album and opera about 16th century mystic and alchemist John Dee, entitled, simply, “Dr. Dee.” A 2011 piece in The Guardian reports:

Albarn is particularly fascinated by Dee’s “horrible” final years in ruined exile in Manchester after dabbling with the occult. “Magic and the occult are part of my life. I’ve got to come out of the closet with this,” admits Albarn. As well as spending time in Chetham’s Library, where Dee used to study and, legend has it, once summoned up the devil (there’s a burn mark on a table there supposedly from Satan’s hoof), Albarn reveals that he has actually tried to contact the “old man” spiritually to find out what went wrong. “He hasn’t told me anything,” he adds, dryly.

This is by no means a comprehensive list. Since chaos magick is among the more trickstery traditions of magick, celebrity chaotes might just be hiding in plain sight… everywhere.