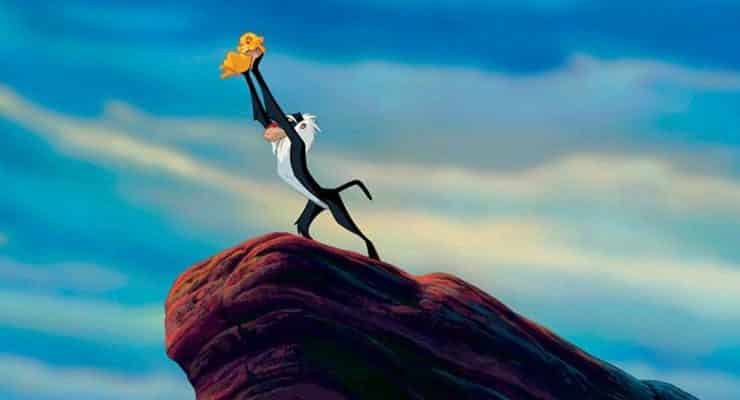 Redditor Brainwash_TV just uploaded an analysis of The Lion King that suggests the entire movie is about the process of overcoming the ego, and that the characters Scar and Mufasa represent the negative and positive sides of Simba’s ego.

Almost all Hollywood movies follow the Hero’s Journey model, which is, of course, a deep metaphor about individuation and the process of overcoming one’s own ego that is a crucial step of that path. A notable example is the end of Star Wars, when Luke turns off his guidance computer, also meant to represent the ego. Guy Ritchie’s unsuccessful film Revolver, influenced by he and Madonna’s involvement in the Kabbalah Centre cult in Los Angeles, brings out this subtext and beats the viewer over the head with it—despite the heavy-handedness, it’s definitely worth a viewing as an excellent treatment of the “ego-loss” theme that is at the heart of many spiritual traditions.

On the other hand, if you’re engaged in spiritual practices, especially psychedelic use, sometimes everything can look like it has hidden messages.

Watching The Lion King last night as an adult – knowing what I now know – made me pick up on things I never did as a kid. The film actually has some heavy subtext and (I believe) is a journey about spiritual awakening:

When Simba is a cub he is heavily controlled by his own ego. He has a materialistic attitude. When told it will be his responsibility to look after the whole kingdom his only thought is ‘this will all be mine’. He also never enjoys the present moment, always looking ahead to the future eg. ‘I just can’t wait to be king’, and how he wants to do the things his dad does instead of just being a kid.

Mufasa and Scar are Simba’s ego. One is the noble side of selflessness – Mufasa. And the other is selfishness and envy – Scar. Both advise him and attempt to guide him, but it’s only when Simba listens to Scar that negative events occur.

When Mufasa is killed, Simba becomes consumed by selfishness. This is how he spends his time with Timone and Pumba, not worrying about anyone or anything but themselves and having ‘no worries’. I think we all go through this period of denial, where we don’t want to recognise the greatness within us and would prefer to live in blissful ignorance – but, it never lasts.

The past continues to haunt Simba until it eventually finds him, forcing him to experience an awakening when he realises that greatness was within him the entire time.

When Simba returns, the damage the bad side of his ego (Scar) has done to the world seems irreparable. But after Simba confronts his past, lightning strikes and a fire erupts. At first this seems negative, but the fire was necessary to cleanse the land in order for new life to grow.

After Simba defeats Scar (his ego) he becomes the king (awakened) and the world slowly begins to heal.

Tl;dr – The Lion King is about kingship aka greatness existing within us all, we just have to be willing to look harder [1]

Convinced? Then again, the hidden messages in The Lion King may be a lot less subtle, as below:

(The Lion King is © Disney. All images and media used for review purposes only.)