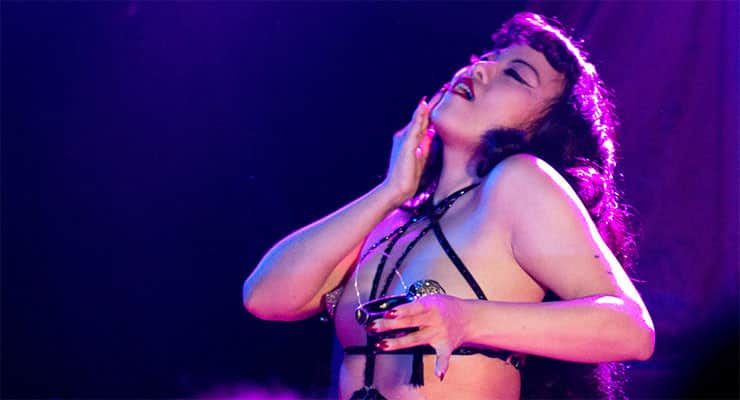 Brooklyn’s Legacy of the Witch festival celebrated witch magic and the occult power of femininity. We attended and interviewed Christiana Key (Delphic Oracle) and festival organizer Kristen Korvette about the resurgence and future of witchcraft and the feminine mysteries…

The witch has become a popular figure in recent years, appearing with increasing frequency in pop culture, as well as in the everyday lives of real people. Curious to know more about how the festival and its participants worked with and defined feminine power and witch magic, Ultraculture got in touch with Kristen Korvette, a Brooklyn-based writer and organizer of the festival, and Christiana Key (aka Delphic Oracle), one of the musical performers, to ask them about their views on femininity and how it relates to occult practice and witch magic. 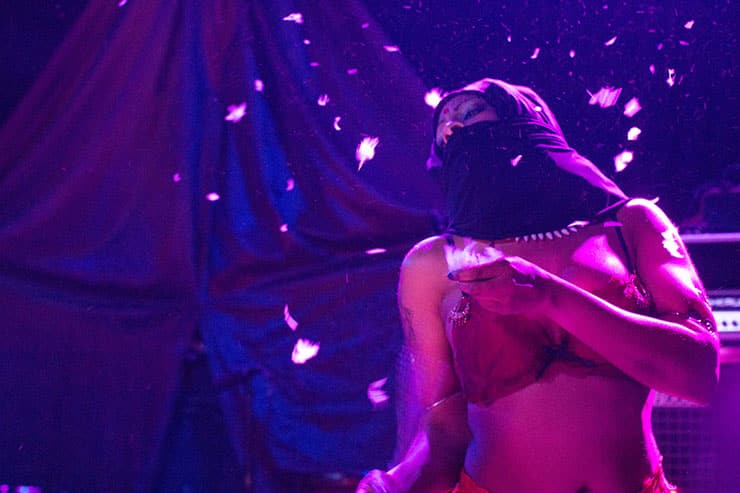 Ultraculture: How do you define “feminine”?

Kristen: I define the word “feminine” broadly, in the sense that it is anything pertaining to female-identified people. Feminine can also refer to stereotypes about women, like being emotional and into pink, but I don’t personally use it in that way.

Christiana: Feminine is the intuitive, the dark, the mysterious, the unknown. The secret in the seed, the ultimate primordial creative power. The well from which all things spring forth, both good and terrifying. The Feminine is creator and destroyer, the cycle of life.

Ultraculture: How do you define feminine magic(k), and what is its relationship to the female body, if any? Is feminine power, or magic, different now than it was in centuries past? Or, conversely, what defines modern witchcraft?

Kristen: Feminine magic would be magic performed by women. The body is a vessel through which we connect to the earth and people around us, so it’s always a part of any magical practice. We don’t exist outside our bodies. The difference now is that in most Western countries women aren’t usually killed for practicing magic, but that doesn’t mean they don’t face stigma, abuse or ostracism for working in a realm that rejects patriarchal, monotheistic religions. 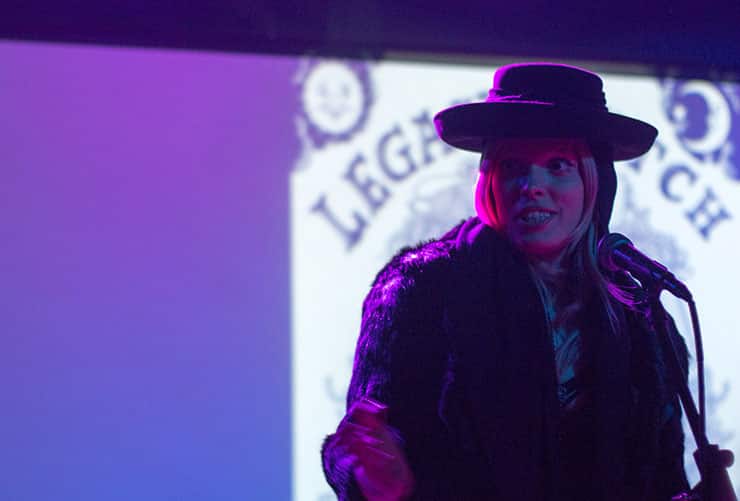 Christiana: Feminine magic doesn’t have to be practiced by only female-identifying persons. Males can practice feminine magic as well, though the part where it gets hairy is whether it is just as easy for all sexes to practice, or only those who identify as a woman. Whether one has a physical womb or not, the symbology can be universally understood and utilized in magic. There are countless studies on the effects of belief releasing certain hormones, which trigger an emotional response in the body or intuitive insight. But that’s a can of worms for another day…

Feminine magic, to me, is that which relies on intuition and bringing form from chaos. Classically, it would mean Goddess and Mother Earth religions/belief systems (which are primarily focused on “feeling” energies and “going within” to gain knowledge). There’s really no way to tell what feminine magic was like in the past, since there is very little literature written from the perspective of a witch; most information we have of witches was written by skeptics and haters. From what we can tell, the witches of old were midwives and healers, who could intuit (or receive guidance from higher powers, perhaps) the medicinal uses of plants in a very real and historically documented way. I associate feminine magic of old with practical magic. 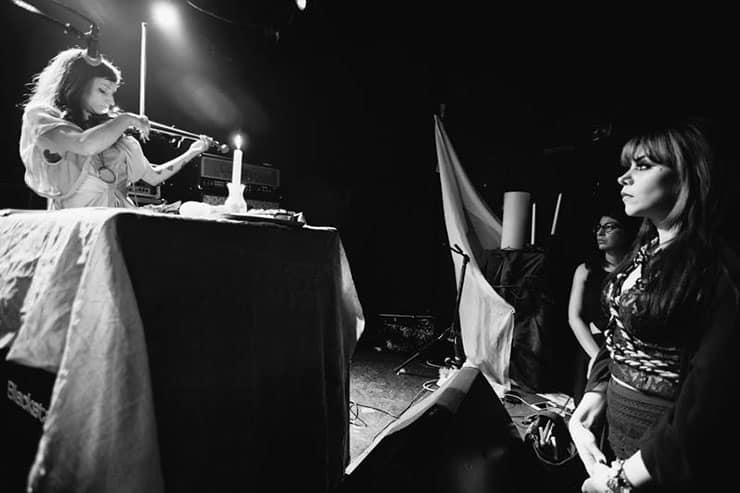 Modern witchcraft is as confusing as witchcraft has ever been, especially with the advent of chaos magic, which is as wild and individualistic as each and every one of its practitioners. It’s different from classic witchcraft in that most (not all) practitioners of the modern sort don’t have an intuitive connection with herbs and their uses. Wicca and paganism are more closely related to old witchcraft in that respect, but most are book-taught (solitary practitioners, especially) and the average witch wouldn’t trust herself to make a tea that would, say, terminate a pregnancy.

This is where the line is crossed from feminine witchcraft to masculine witchcraft. We are having to learn old knowledge in a scientific, logical, minutiae-minded (masculine) way, whether it be through Eastern herbalism universities, environmental studies, Kabbalism, quantum mechanics and, most notably, neuroscience. There are some great advantages to this, though, in that we are beginning to understand how the rational mind is directly tied (and ruled by) emotional instincts, the subconscious, the Feminine: the gut response one gets when presented with opportunities and challenges.

Witchcraft is at a very exciting stage right now. A huge melting pot of different practices can interact, exchange and develop ideas through technological communication. Events such as Legacy of the Witch prove that communicating through technology can actually bring people together who would otherwise never have met. The realms of masculine logic and female intuition are coming together, and this can only create a better reality for everyone. 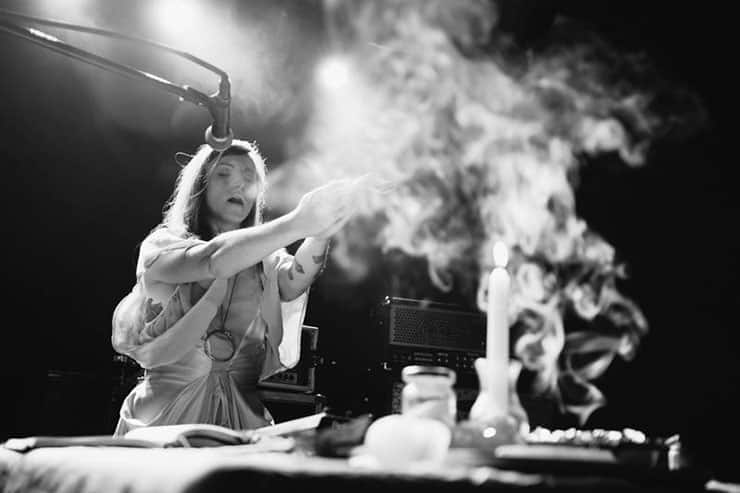 Ultraculture: Why do you think the witch and witch magic have become so popular in Western culture, in recent years? Do you worry that the dominant culture is trying, or will try, to appropriate and commodify it in order to lessen its power—as it did with punk rock?

Kristen: I think the recent rise in popularity of the witch has been concurrent with the rise in popularity of feminism for a reason. It’s all about a return to alternate models of female power: self-directed, communal, outside the tired binary of virgin/whore. I agree with Pam Grossman, a scholar of magic and witches and our first speaker of the night, when she says that the mainstreaming of the witch and the occult might be irksome in one way, but it also is useful, as it gets the message to more people. Urban Outfitters might sell a deck of tarot cards, but then, the people picking up those cards can do their own research and take their learning to levels beyond the surface aesthetic offered by commodification. But as far as lessening the power of the witch, it is no different than the ways our culture tries to lessen the power of women, by limiting reproductive health care, promoting misogynistic imagery and archetypes, etc. 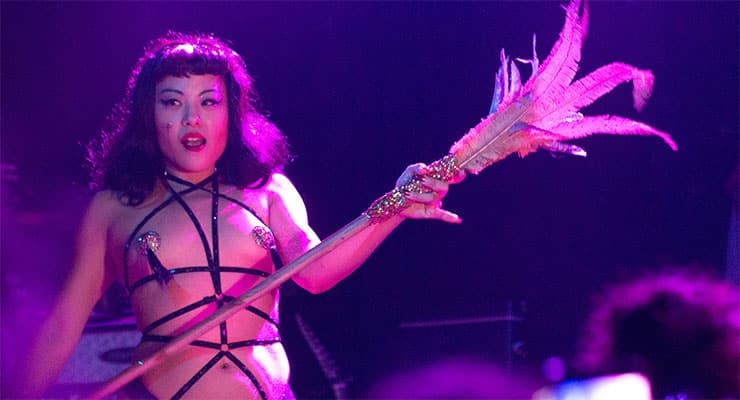 Christiana: We as humans always want to know more, to dive through danger and live to tell the tale. The Witch has always been taboo, and it is a natural yearning of humans to push ourselves to the limits of understanding and do things we are told we ought not to do. In the Information Age, where all knowledge is literally at our fingertips, isn’t it interesting that in shedding light on mysteries and taboo subjects, we somehow are drawn deeper into the dark? And it’s not so scary after all.

This is the type of appropriation I’m kind of OK with. Anything to get the mainstream masses a little closer to feeling self-empowered, stable, and less dependent on material wealth and pharmaceuticals. To have a teen turn to a smudge stick and pendulum to cope with bullying rather than the parents’ liquor cabinet is already a great thing, even if they were from Urban Outfitters. Whereas past trends of commodified punk rock or hip hop or metal cultures “ruined” them, commodifying the tools necessary for self-exploration and universal understanding is a vital part of the future of magic. Sure, let the kids have crystals! Instead of picking up the ASAP Rocky LP at the end of the checkout line, why not the Magick Kit right next to it? There are so many facets to witchcraft that everyone can find their niche. I encourage it, and I truly believe the more the dominant culture pushes this trend, the harder it will bite them in the end. It’s not like they really have a choice; it’s what the people want!

(Below, see a video of a previous Delphic Oracle performance.)

I also see this trend contributing to more privately owned occult stores opening up in smaller towns (though perhaps at the expense of Santeria [botanicas]) and conservative areas, an interest in gardening one’s own herbs, local sustainable culture and a marked divestment from a materialistic culture. The dominant culture is making a big mistake in selling tools that promote self-acceptance, patience and compassion, but all the better for us. Witchcraft is immediately addicting. The insights, the understanding, the peace are all bought at the price of terrifying exhilaration. Once experienced, one has no choice but to continue on their path of the Witch.

Check out a slideshow of more pictures and witch magic from the event below. 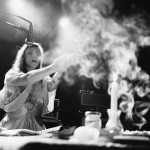 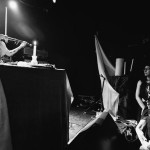 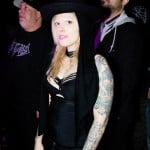 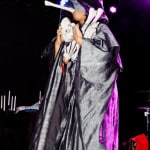 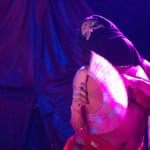 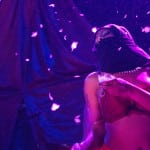 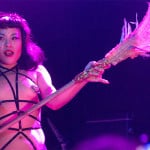