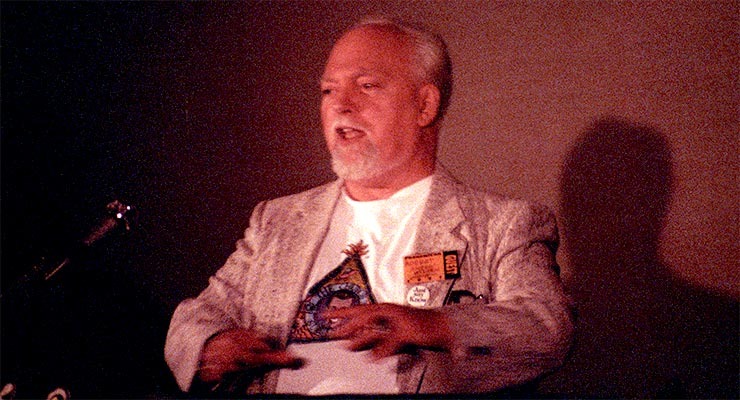 Robert Anton Wilson should need no introduction. Alternately dubbed a “stand-up philosopher” or a “sit-down comic,” Wilson favored an unorthodox approach to thinking (and doing). He traversed many different fields of thought and systems of belief—ranging from General Semantics and quantum physics to Sufism and Aleister Crowley’s Thelema—and synthesized them all into a structure of mutable reality. To many of his faithful readers, his books are like the driver’s manual for the universe.

But it doesn’t stop there. Once you start doing the exercises in books like Prometheus Rising, you realize that you’re not just reading a driver’s manual of the universe—you’re also behind the driver’s seat! Most of the consciousness changing exercises in Wilson’s books take little effort but can produce lasting change in perception. All they require are commitment, patience, and practice.

Robert Anton Wilson possessed an uncanny ability to introduce his readers to their own mental projections of themselves and the universe—and thoroughly distort the boundaries between the two. His thoughts and ideas remain ever relevant well after they were published some 3o-odd years ago, and will only continue to gain relevance well into the 21st century. Ultraculture’s Jason Louv even wrote a piece at Boing Boing recently on the dawning future that Wilson predicted in Cosmic Trigger.

Related Content: The 4 Essential RAW Books for Blowing Your Mind 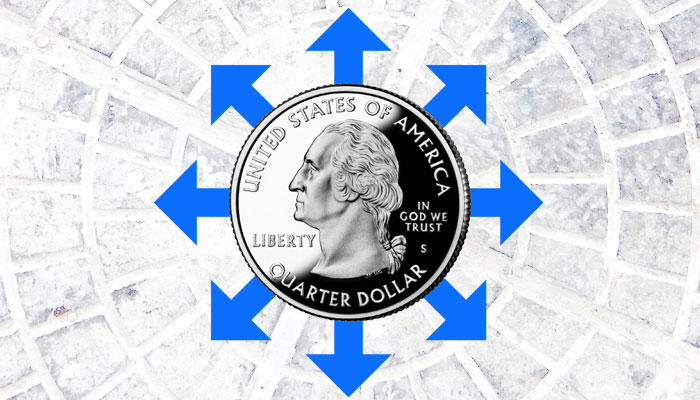 Here’s Wilson’s original text of the experiment, from Prometheus Rising:

“1. Visualize a quarter vividly, and imagine vividly that you are going to find a quarter on the street. Then, look for the quarter every time you take a walk, meanwhile continuing to visualize it. See how long it takes you to find the quarter.

“2. Explain the above experiment by the hypothesis of ‘selective attention’—that is, believe there are lots of lost quarters everywhere and you were bound to find one by continually looking. Go looking for a second quarter.

“3. Explain the experiment by the alternative ‘mystical’ hypothesis that ‘mind controls everything.’ Believe that you made the quarter manifest in this universe. Go looking for a second quarter.

“5. With your own ingenuity, invent similar experiments and each time compare the two theories—‘selective attention’ (coincidence) vs. ‘mind controls everything’ (psychokinesis).

“6. Avoid coming to any strong conclusions prematurely. At the end of a month, re-read this… think it over again, and still postpone coming to any dogmatic conclusion. Believe it possible that you do not know everything yet, and that you might have something still to learn.”

This experiment is designed to help the reader understand the role of thought and belief in structuring the universe. Whatever it is that you think, your mind will immediately set about proving—the existence of God, the sovereignty of the American President, or any number of conspiracy theories. Your mind will find proofs of those things everywhere.

2. Right Where You Are Sitting Now

Sit in a space where you will not be disturbed for half an hour. Begin thinking, “I am sitting here doing this exercise because…” and continue to list as many causes of performing this exercise as you can.

Why do you belong to groups on that topic—be it magick, spirituality, consciousness? How did you get interested in those topics? Did someone influence you? What factors of your background and upbringing inclined to an interest in those topics?

Why are you sitting where you are and not somewhere else? How did your parents meet and why are you here at all? Why is this planet capable of supporting life, and why the kind of life that conceives of these types of experiments?

Repeat a few days later trying to answer questions you did not the first time around. Avoid metaphysical explanations—the exercise is mind blowing enough without bringing karma or reincarnation into the mix.

This experiment will help you understand the difference between software and hardware—or mind and matter, consciousness and brain. Hardware can only exist at one place locally (i.e., iPhone) but software is nonlocal and exists outside the hardware (i.e., Facebook profile).

Take up a meditation practice. You can take a class or try to learn from a book. Practice for two fifteen-minute sessions every day for a month. Afterwards, visit someone who always manages to upset you or put you on the defensive. Can they still still press your buttons in the same way as before?

Do your best to convince yourself and your friends that you sincerely hold these alternate beliefs. This exercise will help you break your reality tunnel—Wilson’s oft-used term that means a worldview conditioned in the individual through biological programming and socioeconomic factors. We are all trapped in reality tunnels, and every single one seems totally crazy except for our own.

These exercises are designed to allow you to see beyond your reality tunnel and take an active role in collectively shaping the universe.

For more mind-warping exercises, check out Ultraculture’s free book and course on magick, which carries on many of Robert Anton Wilson’s teachings and even more, updating them for the modern day. It’s an incredible toolkit for causing change in your consciousness in conformity with will. Check it out here.

For bonus awesomeness while you’re scoring your free book, here’s an amazing video by Benny Zen, “Robert Anton Wilson Come Down From Sirius,” below.