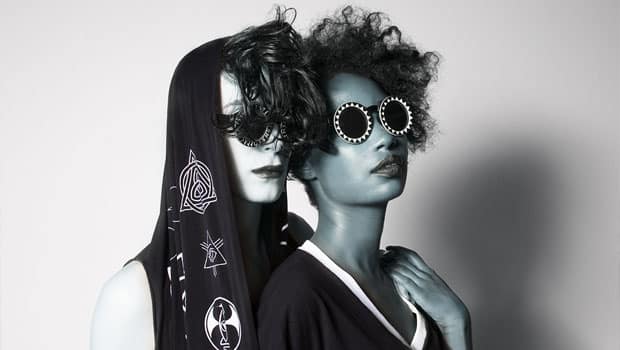 Witch House: Thoughts on Where to Go Next for Those Looking for the Next Step

Please consider this a public service announcement for those who are currently involved in the various occult subcultures that have been broadly labeled Witch House. (Yes, I know you don’t like the term Witch House, I know it’s already dated, and I know you’ve already got a thousand new sub genres you’ve generated, but the term “Witch House” is a convenient enough handle, so I’m going to use it here.)

From my outside analysis of the Witch House subculture, it seems like you’ve all congregated together and spontaneously created an environment to experiment with the idea of occultism as a lifestyle. Whether or not any actual initiation is happening, I have no real way of knowing, though I’ve been waiting for the signs. A lot of you probably did some type of magic or Wicca in your teenage years and are now running around in a hand-crafted “magical” scene. This is good. We were pushing for this in the 90s and 2000s, and now it’s happening. In the 90s we called it Occulture, in the 00s I suggested it drop the spooky veils (in my book Generation Hex) and called it Ultraculture, and you’ve got your own, constantly changing, undefinable version of it.

Like with any subculture, most of you are passing through magick and witch house because it happens to be the flavor of the moment, looking for good times and sex in your late teens and early 20s, and will likely move on, burn out or turn into a normal member of society by your 30s. For you, the nominally occult trappings of your subculture provide a mystique, a sense of tribal community, a way to get high and connect with peers, and potentially a commercial venue for your chosen art form. You may even do some basic forms of magic like sigils or intention-driven art actions, or contextualize certain flow states (ecstatic states at parties, or a heightened ability to network and spread memes) as magic, and that’s fine.

These abilities may fade with time or be carried over into professional careers. On the other hand, I suspect that there will be a few of you—maybe less than a handful, maybe just one or two—who will stick with it, and make the transition into hardcore, practicing magicians, and it is to you in particular that I feel a certain responsibility to write this essay for. As a member of the generation immediately preceding yours, I kind of have a duty to pass on some hard-won information. Most of you will probably ignore it, or not even be ready to listen to it, but I feel like I should put this out there for whatever greater purpose it serves.

May all beings in all worlds achieve peace, freedom and happiness.

1. You are not the first people that this has happened to. When the synchronicities get increasingly unlikely, reality seems like it’s talking to you directly, events are lining up in a way that seems impossible, and so on, remember: people have been doing this all over the world since before recorded history. You might be on your own, but you’re not alone. Others have been here before you and others will be here after you. Be humble as you pass through the stream.

2. Darkness takes its toll. There is a thin line between ironically getting off on the Witch House imagery and the vibe of demonology and ending up in a world defined by those ideas and images. Repeated enough, symbols will manifest. Judeo-Christian society says that anything which is “magical” is automatically “demonic,” so a lot of you instinctively take on the demonic vibe; combined with the general pre-existing apathy and anti-empathy of hipster culture, you’ve got a heavy load there. A lot of that is toxic backwash from a dying culture.

You need to be aware of that and you need to manage your spiritual hygiene, because there’s only so long you can play with darkness before it bites you. I’m not saying become a white lighter, but what I am saying is know yourself, know your intentions, know your limitations and stay healthy. As Daniel Johnston once said, “Don’t play cards with Satan—he’ll deal you an awful hand.” Satan is a dull, monochromatic motherfucker. Mick Jagger is an irrelevant prick and always was. You don’t need the Darkness™ to do magic, or some godawful batch of spirits, you just need yourself—your real self.

3. Read the classics. World religion. Philosophy. History. The stories of the big cultural movements of the 20th century. The sorcerers who came before you: Genesis Breyer P-Orridge, the Chaos magicians, Robert Anton Wilson, Dion Fortune, Crowley, Reich, Castaneda. Ground yourself in solid theory. The basic reading list in the back of Crowley’s Magick in Theory and Practice, if you’ve got the patience (and you should cultivate it), will stand you in better stead than just about any other occult reading program in the world (or many a college degree, for that matter). Once you understand your own culture’s magical history, learn that of elder cultures—the Hindus, the Mayans, etc. That said, don’t be afraid to follow your own intuition over the dead words of others, or to break the rules—but learn the rules first.

4. Drugs. At a certain point it’s likely that your crew is going to drift away from the all-is-love-we’re-all-in-this-together acid and ecstasy parties and into ketamine, cocaine, heroin, methamphetamine or the abuse of prescription opiates. Maybe these boundaries are already blurry for you; maybe the boundary was never there at all. However, you need to remember: This is what killed the sixties, and it’s been repeated for just about every crew of conscious tripper beings that’s popped up since.

The pattern goes like this: You open up and expand into the universe with psychedelics, you expand too far, you contact harsh reality with raw nerves, you crash and contract painfully, and then you decide to numb out. This is a tricky line, but you don’t want to make your initiatory career more difficult than it needs to be. Bear in mind that when people go on about the “dangers of magic” or “oh dear god that Crowley guy was such a fuckup/evil/nasty etc.,” much of what they’re observing is the wear-and-tear of hard drugs on the body and personality, not magic itself. Stay clean. If you have the patience—and I realize that this is like telling bodybuilders not to use steroids—do magic completely sober, and skip the fast-expansion, fast-contraction rollercoaster for slower but more steady progress.

5. Cults. Don’t fuck with cults. If they say they’re not a cult, they’re a cult. If they say they know something you don’t, remember: They don’t, or at least don’t know anything you couldn’t find out for yourself. Keep your power. Don’t prostitute it to the esoteric flavor of the month. They’re going to give you a grade? Fuck grades. You don’t need grades. “Out here, there are no grades—just alive, and dead.” – Anne Hathaway in Get Smart. (Note that “cults” can also just as easily mean “personality cults” or “consumer cults” like those surrounding bands, writers, public figures or even brands.)

6. Learn the Lesser Banishing Ritual of the Pentagram. If you take nothing else from the traditional schools of magic, learn this ritual. Memorize it. Perform it until it’s second nature. Use it if things get out of hand. Use it to keep things from getting out of hand. Use it.

7. Keep a record. Write down the rituals and art actions you do. Write down your dreams, experiments, sexual experiences, synchronicities, ideas, insights—everything. You’re gonna want to have it to refer back to, and, ultimately, you owe your research to those who come after you, so they can hopefully skip the mistakes you’re about to make.

8. Meditate. Start an insight-based meditation practice and keep at it every day. Start with five minutes. Aim for an hour a day. 30 minutes is good if you can’t do that. But do it every day. This will keep you centered, keep your consciousness from getting dragged around, keep you from taking things too seriously, and build up the mental toughness, clarity and inner happiness that will last you and stand you in good stead long after the parties have ended, your looks have faded, and the “magical potions” stop working in quite the same way they used to. Real spiritual practice—whether that’s meditation, prayer, bodywork, yoga, therapy, devotional practice or all of the above—is something you want to transition to as early as possible, because, frankly, you’re going to want a sustainable route to gnosis.

10. Patience. Cultivate it. Don’t take things at face value. Wait and see if your visions and insights still hold up months or years down the road. Don’t hit people over the head with them.

11. There is a light at the end of the tunnel. Spending your twenties in the underworld (whether it’s Witch House or goth or whatever sub genre happens next) is a pain in the ass, kind of like living through a combination of Lou Reed’s Berlin album and the Necronomicon. But if you make it to the other end, maybe you’ll even get to be the cranky asshole re-writing this essay for the next batch of kids. Be proud. You’re a soldier in a war against forces of mediocrity and dogma which may yet kill us all. Burn bright, don’t burn out, and maybe we’ll burn a hole right through this monochrome world.

Ready to Do This the Right Way? Here’s a Free Course on Chaos Magick

Instead of focusing on what not to do, here’s an epic (and free) course on how to do magick right. Ultraculture’s free course on chaos magick will give you everything you need to practice magick and get real, sustainable, safe results: Sigils, meditation, guided exercises, rituals and lots, lots more.

Get the free course here!

(Image is from Foto by Mateo and Panda Eyes.)