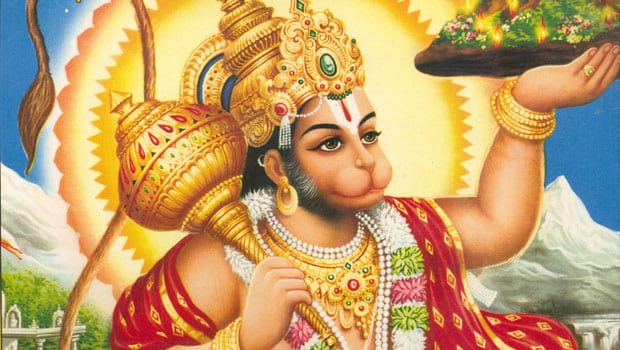 Meet a Few of the Psychedelic Hindu Gods and Goddesses, the Lords of India

Hinduism is quite likely the oldest “religion” in the world—but to call it a religion wouldn’t really be accurate, because it’s more accurately a collection of beliefs. There are more “religions” in India than in the rest of the world combined—and more than 300 million gods.

This is because Hindu or Vedic beliefs celebrate the innate divinity of every being, and instead of forcing a singular truth on everybody, acknowledge that many gods, and many truths, can co-exist together. It is also a religion where all of the gods and goddesses look like they’d be more at home on acid blotter art than in anything Westerners tend to think of as a “religious” environment. Up to meet a few? 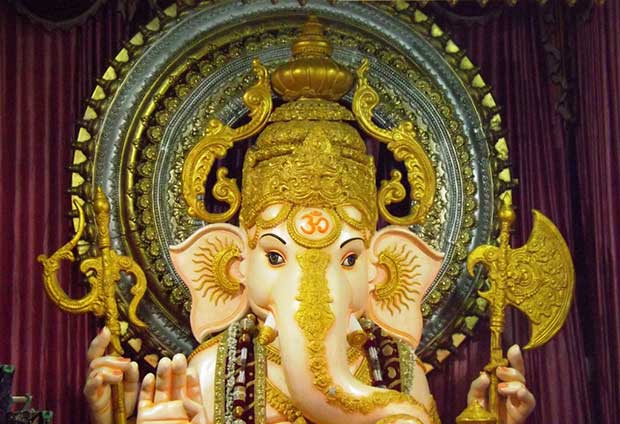 Ganesh is the most popular god in the world. The son of Shiva (below), Ganesh has an elephant’s head—and his role is the Lord of Obstacles. Ganesh is prayed to at the beginning of any undertaking, and whenever a devotee faces insurmountable problems in their life or otherwise “gets stuck”—that’s when the Elephant Lord can arrive to clear the way. 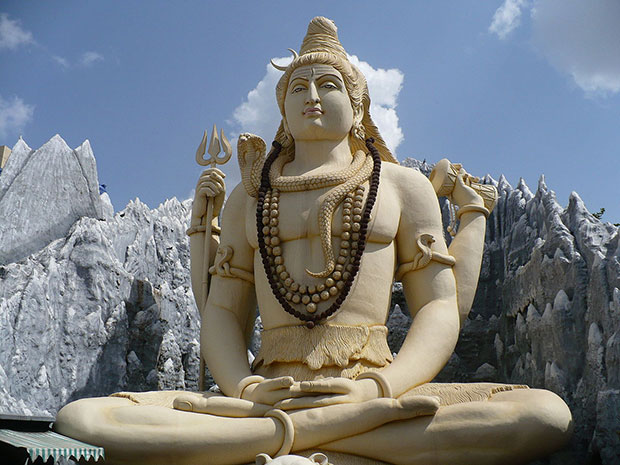 Shiva is the Lord of Yoga—not only did he invent the art of yoga, he is also the world’s best practitioner. He’s often referred to as Shiva the Destroyer, because he destroys false, unenlightened, ignorant consciousness with the fire of his yogic devotion.

In many ways, Shiva is a symbol for raw, undifferentiated consciousness. He sits in his abode on Mount Kailash where he enjoys yogic bliss, playing his divine games (lila) with his son Ganesh and wife Parvati, and the occasional joint (no joke). 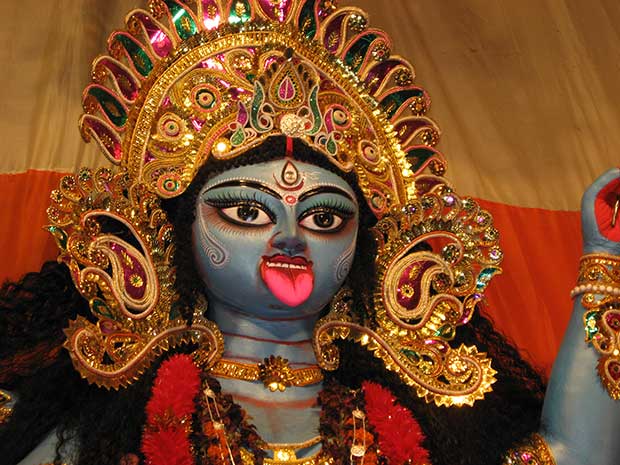 Kali is the most wrathful aspect of the Goddess, the archetypal feminine force of shakti which is venerated in Hinduism (a religion that not only worships women as gods just like men, but also worships them in all of their aspects, including terrible and wrathful). Kali is wrathful to her enemies, and protective and fiercely loyal of her devotees. In once sense, Kali is time—the force that annihilates everything. She is also often depicted severing the head of Shiva, because her traditional role is to slay humanity’s greatest enemy—the ego. When all else fails, call on the Wrathful Mother. 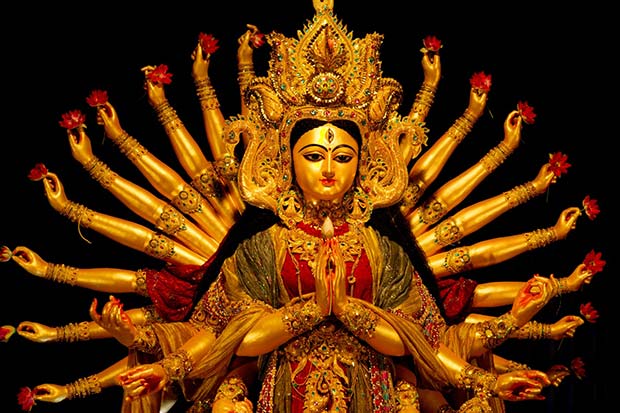 Durga is another aspect of the wrathful mother—just slightly less intense than Kali. Durga is a protective mother who promises to aid her devotees against all of the troubles in the world if only they have the bravery to stand up and face them. She rides a tiger, and can perhaps be thought of as a fierce Hindu mother or aunt who rides in to take care of business. 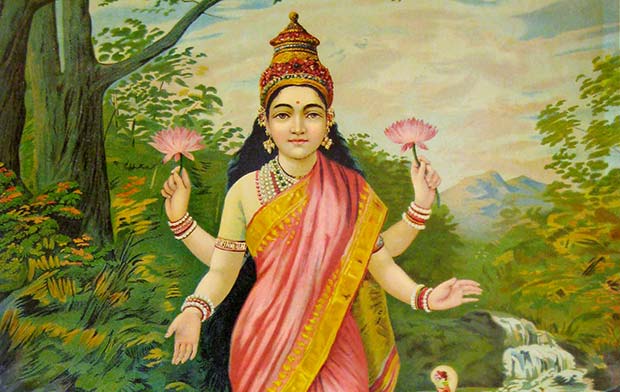 Lakshmi is a perpetually popular goddess, as she rules money and wealth. Often depicted dispensing gold coins from her hand, Lakshmi is prayed to by those in conditions of financial hardship.

But material wealth is just the tip of the iceberg—Lakshmi seeks to give spiritual wealth and the true blessings of inner realization, worth more than all of the transient, intangible and ultimately meaningless wealth in the world. 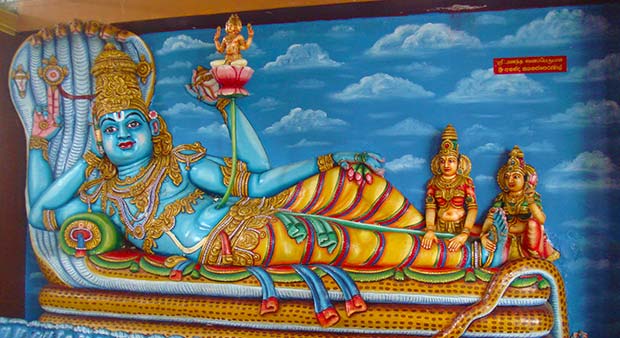 Vishnu is the Preserver forms, with Shiva, a three-aspected god. Shiva destroys, Brahma creates and Vishnu preserves; together they create, preserve and destroy the universe, keeping it fresh and in perpetual motion. Vishnu not only maintains the universe, but also maintains dharma, or righteous, dignified behavior. 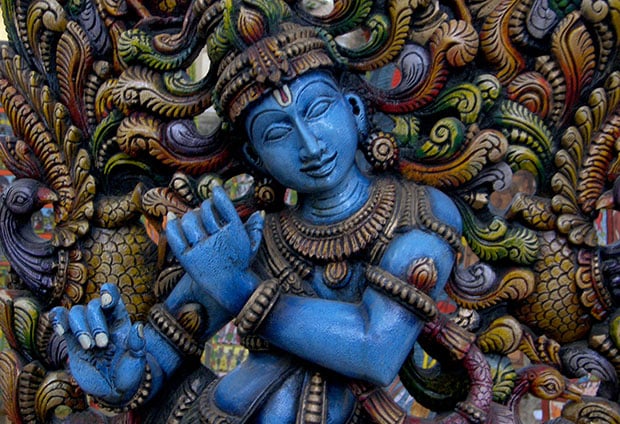 Krishna is the god of ecstatic devotion, the ultimate playboy who lures the maidens of the world into his divine play with his spiritual wisdom and epic flute playing (think Russell Brand with blue skin). He is the lord of bhakti or devotional yoga, and his devotees can often be seen playing music, singing, dancing or chanting in order to get closer to Krishna—and become intoxicated by his presence.

(Krishna might be seen as the aspect of god that “gets you high.”) To get a sense of what devotion to Krishna and the other gods is like, try some music from the incredible Krishna Das.

(Bonus! The image at the head of the article is Hanuman, the monkey god of devotion and the central hero of the Hindu epic the Ramayana, the Star Wars of ancient Vedic culture.)