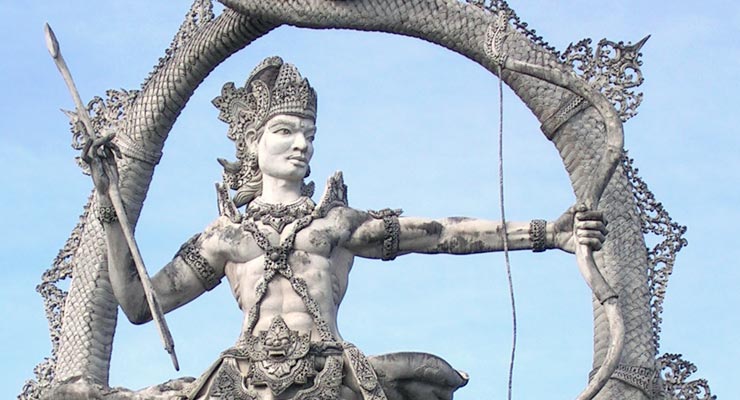 Chances are the reason you are reading this right now is that you’ve had some kind of awakening experience within the past decade that may have forever transformed the way you look at reality. Maybe you took some mushrooms, or went to Burning Man, or read some Robert Anton Wilson—or some combination or variation of the three. It made you feel like a god—like a real life mystic superhero.

But now you’re trapped back in consensus reality. You’ve got to make it to class on time. You’re working a 9-to-5. You have bills to pay and deadlines to meet. It’s a total fucking bummer, not the glorious deeds of a mystic superhero. But remember—even Superman has to come back to Earth to put on his Clark Kent costume and meet a few deadlines.

Jeffery Kripal’s 2011 book Mutants and Mystics: Science Fiction, Superheroes and the Paranormal is essential reading for those of us stuck in the cosmic doldrums, afraid that our Clark Kent identity might be taking us over rather than keeping on track to becoming a mystic superhero. It’s a thoroughly researched survey of mysticism’s influence on art and popular culture, particularly comics and science fiction.

Kripal describes himself as a historian of religions, who compares mystical literature and studies how “human beings come to realize that they are actually gods in disguise.” In Mutants and Mystics, he reads comics and sci-fi alongside Western esotericism of the 19th century and the Tantric traditions of the East, looking for clues to how people sought the ideal of the mystic superhero. The book’s full of stories about the visionaries who created comic books—stories that are as thrilling as the comics themselves—from Ray Palmer in the Golden Age to Grant Morrison in the Postmodern Age.

Artists have a deeply intimate relationship with mystical experiences, and one need look no further than the work of a figure like William Blake to see that the phenomenon has roots much earlier than 20th century pulp literature. However, Kripal’s book focuses on the seemingly high number of pulp writers and artists of the 20th century who have had mystical experiences, and how those experiences shaped and influenced their work. The difference between an artist and a cult leader, according to Kripal, is that while the cult leader uses a mystical experience as the foundation for a new religious movement, the artist transforms the experience into a work for all to share. Such is the dividing line between L. Ron Hubbard and Philip K. Dick.

Kripal’s book is divided between seven chapters—the seven “mythemes” (trope or meme) of the mystic superhero’s narrative evolution. Below is a list of those mythemes for you to reference when writing the Super-Story of your own reality as you become your own mystic superhero.

“Western culture has been influenced for millenia by forms of intelligence that have appeared under the divine and demonic masks of local mythologies and religions,” writes Kripal. These intelligences have “taught, guided, warned, saved, awed, an terrified” us by appearing in the dreams and visions of our inner world or plants and animals of the natural world. We have long sought communion with these “superbeings” and the transformative energies they bring, as well as “control over and protection from these sacred powers through the techniques of magic, ritual, temple-building, prayer, sacrifice and worship.”

In our own lives, we can view divinization/demonization as the recurrence of dreams, visions or synchronicities that seem to indicate or even pull us toward our destined meeting with the mystical.

“This sacred source of power and wisdom was traditionally located ‘far away’, ‘long, long ago’, and, more often than not, ‘in the East’,” writes Kripal. Orientation is the paradoxical concept of “a sense of place or perspective and a sense of lack, loss, or need.” It is both the knowledge that the truth is out there and the somewhere “out there” itself.

Orientation manifests in Western culture and mythology as romantic stories about the Orient, Africa or the New World; or as fantastic tales of lost civilizations like Atlantis or Lemuria. It’s Batman man losing his parents and traveling to the East to learn the martial arts.

In modern culture we can see Orientation as something like the rave scene or Burning Man, or even a first psychedelic experience.

As the West colonized the world and scientific rationalism conquered the imagination, there came to be fewer and fewer exotic lands where the truth can hide. Alienation is the sign of mythology’s stunning resilience against rationalism, taking discoveries of modern cosmology regarding the workings of the physical universe and creating a space-age mytheme from them.

“The gods and their wisdom no longer come from the East, from the primordial past, or even from our small stellar neighborhood,” writes Kripal. “They come from the vast reaches of outer space.”

Not only could this be a first psychedelic experience (‘first contact’), but the feeling taken away from that experience of Earth as a space colony itself—and perhaps the sobering realization that we are not treating our colony very well.

This is derived from another great scientific discovery—that matter is not material but energetic and potential.

“The further one goes down into the the secret life of matter, the stranger things appear until one encounters a kind of pure potency, a power that is literally everything,” writes Kripal. This power can “serve us, transform us, maybe even save us” but it can also “utterly destroy us.”

Radiation can be seen in something as microscopic as Peter Parker’s transformative spider bit, or as something as massive as Hiroshima and Nagasaki.

In our own lives, it is witnessed in alternative healing modalities such Reiki or an interest the research of Wilhelm Reich.

“The third discovery of science that changed the sacred yet again involved the realization that sentient life has evolved over billions of years,” Kripal writes. “Like every other species, humanity is a transitional or temporary form, only one of countless possibilities that life can, has and will take on this planet… In short, life is not human and constantly changed [and] evolving.”

Professor Xavier’s School for Gifted Youngsters, and its real world counterpart at the Esalen Institute, are signs of mutation in the culture.

In our own lives, we can see it as our interest in the writings of Terence McKenna.

“An author, artist, or reader begins to realize that paranormal events are real, and, moreover, that they reveal a dimension of the world that works remarkably like a text or story,” writes Kripal.

Realization is the knowing that in spite of what our parents, doctors or the fedoras say, our experience was real and we live in a world of magic and mysticism.

“The insight into the realization that we are being written matures into the even more stunning idea that we can do something about this, that we can write ourselves anew,” Kripal writes.

This is the point that we find ourselves fully immersed in on the path of co-creation, complete with a dream diary and notebook full of sigils.

If you’re truly ready to become a mystic superhero, look no further than Ultraculture’s free guide to chaos magick.