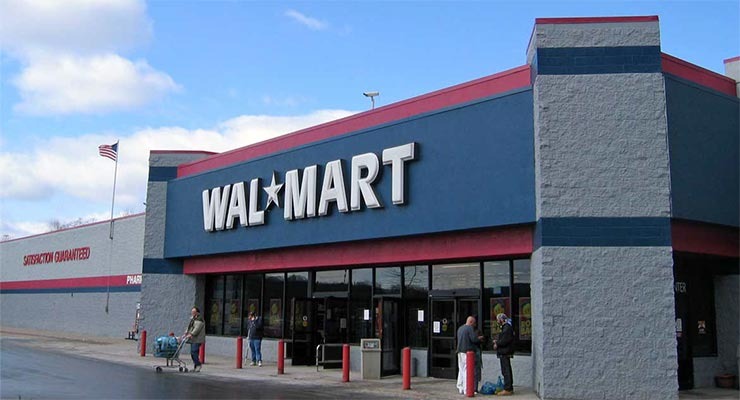 It’s telling of the fundamentally crumbled state of health care in America that when it was announced that Wal-Mart was now aiming to become “the largest provider of primary healthcare services in the nation,” and offering clinical, diagnostic and preventative services at its 3,800+ U.S. stores, my immediate response was “actually… that might not be a bad idea.”

After all, now that our country’s been gutted and sold, and all we have to look forward to is a kind of transnational feudalism, where the inhabitants of small American towns are turned into serfs who both toil and spend their wages at the corporate big-box retailers, like Wal-Mart, that sit like bloated toad-vampires in the centers of their municipalities, while white-collar workers in big cities are chained to desks and computers—the digital version of 19th-century factories—crunching the data that keeps all those big boxes running.

But the irony, here, is that while power shifts towards corporations like Wal-Mart, we may end up seeing them taking better care of their serfs than the government did. Maybe.

But what might a world look like in which our back-stock of human growth technologies, and transhuman developments yet to come, are available on bargain rate at Wal-Mart and similar vendors? If these ideas and technologies really are for the greater good of humanity and not simply for an elite, is not the logical end-point of the push for human transformation—that which began in places like Esalen, Millbrook and the dozens of other counterculture thinktanks which sprouted up in the 20th century—be your friendly local Wal-Mart?

Here’s my challenge to you, mutants: If your stockpile of toys really works, why aren’t they out for everybody? Yes, the mass popularity of yoga is a start. But if technologies like Neuro-Linguistic Programming, the Leary/Wilson Eight-Circuit Model, sensory deprivation tanks, Brion Gysin’s Dream Machine, Reich’s orgone accumulators and cloudbusters, radionics, transcendental meditation, chaos magic, tantric sex, bio- and neuro-feedback devices, ecopsychology and Stanislav Grof’s holotropic breathwork really hold some kind of potential for human betterment, why are they still locked up in the labs of outsider weirdoes, New Agers and government spooks? Why not in Aisle 23 of Wal-Mart?

If you react negatively or even with disgust to this statement, ask yourself why—are you truly hoping to “protect the sacred from the profane” or from “commodification,” or are you just reacting with subculturally-ingrained classism and elitism?

The world is not doing well—thanks, in part, to companies like Wal-Mart, manifestations of completely broken systemic thinking that’s been dug in over the course of centuries and millennia. We’re in need of people who are capable of breaking through that and effectively dealing with reality as-it-is. The consciousness-raising technologies listed above are, in my experience, the quickest way of bootstrapping somebody up to cope—one way of many, but certainly a way. So what’s the hold-up?

Well, an obvious answer is, well, the masses don’t want that crap. They don’t want to change. They don’t want to budge from their chosen lifestyle. BUT. Who are YOU to deny that one weird eleven-year-old from Podunk, Wyoming whose life is dented forever by finding a copy of “Cosmic Trigger” at the only store in his town? Are you really going to make him get on a plane to Seattle with money he doesn’t have to scour weird goth hoojoo stores with money he doesn’t have, or bust through his fundamentalist parents’ Internet lock to look for stuff he doesn’t know exists yet?

Come on, now! Pry your clenched fingers and egos open, dear mutants! Enough of propping up your self-esteem by snickering at fat, poor scapegoats on “People Seen at Wal-Mart” blogs! If you’re really Prometheus Rising… let’s have some fire for the masses!