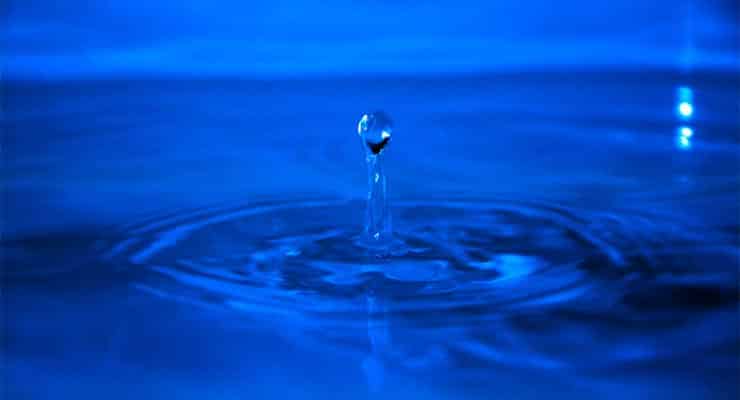 The sensory deprivation tank is one of the most incredible devices ever created for experiencing inner states—here’s how to use them to have profound interior experiences!

I recently began a series of experiments with the sensory deprivation tank as developed by John C. Lilly, M.D., a device that most have heard of but few have tried. (Yes, that’s the one from the 1980 movie Altered States.) It took me a decade and a half of self-directed experimentation on consciousness to finally get around to using one. Luckily, when I was ready, I found that there was a facility five minutes from my workplace. I booked the time. I got in.

The sensory deprivation tank is exactly that — a large, soundproof, lightproof tank filled with shallow, warm, buoyant water, all designed to completely shut off all sensory input.

The sensory deprivation tank itself is heated to exactly 93.0º, a temperature that feels warm without being intrusive, so that your body quickly tunes it out. The water — just shallow enough to lie in — is saturated with Epsom salt, which means that you float effortlessly on the surface. It also means any cuts or scratches that you may have gotten before going in will start viciously burning; for this Vaseline is recommended to cover over them and keep out the salt.

The inside of the tank is remarkably spacious — big enough to sit up in, even stand up while crouching. (The model I used was the Samadhi, the original developed by Lilly. There are other versions; tanks in Europe, apparently, are often much smaller and pod-like, offering very little room to move about in, limiting the size and weight of the occupant.) The inside of the sensory deprivation tank is about three and a half feet wide; consequently, I spent a lot of time sliding from one side to the next until I figured out how to stabilize myself. (Hint: Stick your arms out and hold the sides until the water calms down, then hold yourself completely still and breathe slow and deep enough that you don’t disturb the water. Breathing slow, of course, will also help stabilize your body and mind faster.)

One’s experience in the tank, as I was told, is highly susceptible to suggestion. For this reason, the owners of the venue I visited told me they’re very careful about not telling people anything but the basics when they get in, in order not to pre-load their trip.

I found I had some of my own pre-loading to get rid of after getting into the comforting darkness of the sensory deprivation tank. Foremost in my mind were the experiences of the tank’s founder himself, Dr. John Lilly: born in 1915, Lilly was raised on a rigid scientific track, developing the tank in the early 1950s while studying neurophysiology for the US Public Health Service Commissioned Officers Corps—work allegedly connected with the CIA MK-ULTRA program, though he broke with the US government almost immediately thereafter. His own experiences were nothing short of revelatory. He later went on to do research trying to communicate with dolphins while on LSD, became involved in SETI, and continued using the sensory deprivation tank until his death a few weeks after 9/11.

Lilly reported some mind-stretching tank visions in his books. At one point he believed he had come into contact with extraterrestrials, or “Earth Coincidence Control Organization (ECCO),” as he called them. He also spoke forebodingly of a potential period in the future where “Solid State Intelligence (SSI),” an entity that he believed was composed of the entirety of electronics on earth, would take over and dispense with human life. (Facebook anyone?) But then again, Lilly wasn’t just going in cold: he extensively experimented first with using LSD in the tank, then with Ketamine, both substances he had easy access to as a member of the medical establishment.

These are the images I had swirling in my mind as I climbed into the tank; not surprisingly, nothing happened as long as I continued expecting fireworks on-demand. It wasn’t until I consciously let go and decided to see what the tank had to offer on its own terms that I started to get something. And at least for me, what I experienced wasn’t “psychedelic” at all—far from a mental experience, what I discovered was a drop into a deeply physical, embodied state; once this had happened, the boundaries of the body, tank and space itself just seemed to fall away. Thereafter I seemed to enter into a primal infinity, from which perspective I could comfortably see not just my rational mind but the entire mental bandwidth of Western culture as a tiny, almost inconsequential pinprick in a vast field of mystery. Not “the light,” not “the void” or other shorthands for the unthinkable… simply an endless mystery.

I’ve tried innumerable meditation techniques over the last decade and a half: I’ve learned to sit inhumanly still for hours, slow my breath down to one inhale/exhale per minute, learned the original kundalini yoga of the Himalayan adepts up at 13,000 feet in India, studied a bit of Zen and Tibetan forms of meditation like Samatha or “calm abiding.” But no matter how you twist, prime or calm yourself, the same problem always remains: the body just won’t go away. Even if you’ve “mastered” your awareness of the physical and can sit like a rock with little to no breath, you’re still going to have awareness of the body, and it will continually remind you it exists. Which gives you two options: suppress it as much as you can, or work with it.

But with the sensory deprivation tank, the body is just so free of external sensation, and so contented with its literally womb-like surroundings, that it just kind of blips out.

Well, let me rephrase that. First, it fidgets insufferably. Adjusting to the tank can be so initially frustrating that the center I visited gives the first hour for free. Once you “get it,” though, your body remembers the right position and will enter that state rapidly every time you get into the tank from then on.

After the initial learning curve I ended up in place more relaxed, more contented, more free, more expanded than I have after years of meditation — in a few minutes. So much of the discipline of yoga and classic meditation manuals like the Hatha Yoga Pradpika is concerned with “turning the body off” with proper physical postures; a sensory deprivation tank does it almost immediately. The classic instructions for yoga all seem to continue to apply to the tank experience — stilling the body and breath, offering the in-breath into the out-breath, and so on — but one is immediately put into an ideal state physical state, the kind it presumably takes years of yoga practice to get to, if it is even reachable at all without the tank.

For that alone, I’m a new convert. Take away all the spiritual woo, the promises of inner experiences, and at the very base level you have a tool for relaxing more deeply than perhaps previously thought possible, identifying and then releasing muscle tension you weren’t even aware was there. You feel it. And then you let it go, bit by bit. And then you float. The applications for health alone, when so many physical problems are caused by chronically holding tension, are obvious. Of course, as the physical tension goes, so does the mental tension. I found myself getting insights into, and letting go, of long-standing mental cramps, deep unsolved indecisions or confusions, that I’d forgotten were even there, as they had been embedded into the background noise of the mind for so long.

Of course, that was just the beginning. Beyond the relaxation of the body, I observed a secondary effect: the body enters what I can describe only as an orgasmic field. Here we enter into the domain of Wilhelm Reich’s orgonomy or even of mysticism but, put simply, the message was that nearly all mental and physical tension is the individual attempting to suppress its natural orgasmic state. By orgasmic I don’t specifically mean orgasmic release through sexual contact — I mean that when the body’s energy becomes unlocked it, itself, becomes all-over orgasmic. One releases into infinite “bliss,” the body-as-orgasm melting into the universe-as-orgasm.

Lilly experienced something similar, writing in his autobiography The Scientist (in third person) that “The tank experiences gave him new access to bodily pleasure which he found difficult to integrate with his rather… Calvinistic conscience. His conflicts with sexual expression, sexual transactions, took up a good deal of his time. The resting body accumulated positive energies that were expressible sexually to an almost intolerable level. He began to recognize the intrinsic nature of sexual drives. His parallel studies in neurophysiology revealed the sources of the sexual energy within the central nervous system. He began to see that these sources existed in himself, in his own brain.”

The next level was the seeming heightening of “psychic” phenomena such as telepathic communication (with people who could be dozens of miles away) and the intrusion of “energies” or imagery from the collective unconscious, or simply the individual unconscious depending on how much one gives credence to the idea of transpersonal mind. As these phenomena are entirely subjective, unverifiable and largely deeply individualized to those who experience them, I here pass over details of any specific content, leaving this to individual experience.

RELATED: You Can Now Buy Ayahuasca on Amazon.com!

The usual tank session is an hour. One returns to “normal” consciousness immediately and seamlessly after exiting the sensory deprivation tank. There is no hangover or disorientation. I found rush hour traffic while leaving the facility slightly more aggravating after the peaceful tank experience, but beyond that there were no noticeable side effects. More importantly, one feels as if one has just awoken from a deeply satisfying and relaxing sleep, even if one didn’t sleep in the tank, and even, as I experienced, if floating after a long and hectic working day.

It seems that, when separated from outside stimulus and given free reign, the bodymind knows exactly what it needs to do to restore health and equilibrium to itself, and goes about doing it, quickly and precisely.

For these reasons — and more I’m sure I’ve yet to discover — I recommend the sensory deprivation tank to all.

It’s a technology that has largely fallen by the wayside, though it’s recently been making a comeback thanks in part to the highly enthusiastic publicity the comedian Joe Rogan has given it. I suspect that it probably has more to offer us now than it did when Lilly invented it. Silence is a rare commodity in our overstimulated world.