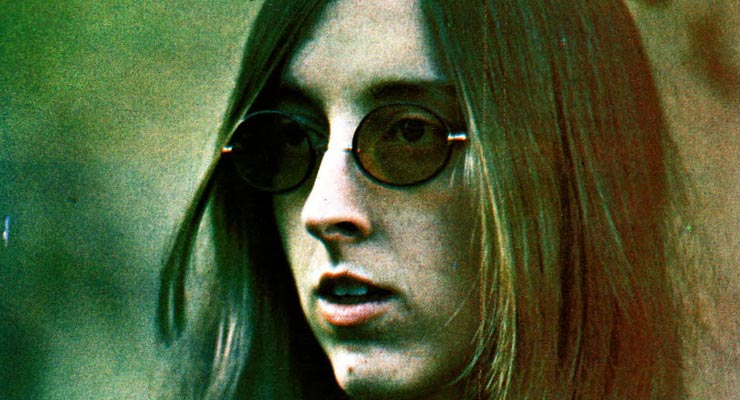 Judee Sill was the foremost talent of the 1970s Los Angeles folk scene. Then she vanished into heroin, Rosicrucianism and occultism. What happened?

The occult and music have gone hand-in-hand since Robert Johnson first went to the crossroads to trade his soul for Rock ‘n Roll. Aleister Crowley, the devil and 1,001 occult symbols have held sway over everyone from the Beatles to the Rolling Stones to Lady Gaga—it’s an obvious choice, something to go to in order to seem a bit more transgressive, a bit more dangerous, a bit more sexual. Yet for all of these countless acts that have immersed themselves in the imagery and glamour of the occult, only a comparatively few have dared to actually make a serious study of occultism, or, rarer still, attempt to actually practice its doctrines. The list is small and easily called to mind: Throbbing Gristle, Psychic TV, Coil, Current 93 and assorted others. Yet one name that is all-too-often forgotten, and whose blinding talent deserves to be rediscovered once more, is Judee Sill.

There are only a few artists in existence that can actually communicate truth. I know them because their work can immediately cut through the fog of my daily life, force me to drop whatever I’m doing, and command me to listen, slack-jawed, as if struck with an arrow. The list is small—there’s a few songs by Nick Drake in there, some of Daniel Johnston’s 1990 album—but neither of them comes close to the otherwordly power, the angelic fury of Judee Sill at her best.

Judee Sill was born in Oakland in 1944. She worked the same folk scene as Joni Mitchell, perhaps her closest contemporary, but never found the spotlight. She never found the light at all, at least not the light of fame. She found a different light, an inner illumination, in Rosicrucianism, astral travel, Aleister Crowley and heroin.

After an early life spent streetwalking and playing in cafes, she got her chance at success—she was selected as the first artist for up-and-coming mogul David Geffen’s Asylum Records—a chance that was then dashed when she outed Geffen as gay on the radio and he canned her in retribution. (Geffen is now one of the most prominent out gay men in the world—Out ranked him the most powerful gay person in America in 2007.)

Sill, herself bisexual, spent her salad days in a Hollywood mansion surrounded by adulating female fans she kept around like slaves, sunbathing naked in her backyard. Soon all of that was gone. By the mid-seventies she was living in a trailer park and back to prostituting herself. At 35, she overdosed.

Though cited by many as an influence—Warren Zevon, Andy Partridge of XTC and David Tibet of Current 93, for instance—Sill remains unknown, even when similarly overlooked (but far less threatening) figures like the aforementioned Nick Drake have been resurrected for car commercials and posthumously canonized.

She was a genius, or, rather, she had a genius, as Socrates might have put it, a transcendent connection driving her on. Her second and final album, Heart Food, released in 1973 to almost no attention whatsoever (a condition that hasn’t changed), contains what Pythagoras might have identified as the Musica universalis, the Music of the Spheres. Sill, steeped in both mysticism and Pythagorean number theory, was able to produce songs like “The Donor,” precisely striking a raw nerve of human experience with complex musical arrangements that were almost beyond the scope of the merely human. Watch the Judee Sill – The Donor, here.

Prefacing “The Donor” when she played it live for the BBC in 1972, Judee Sill told the audience “Most of my songs, I always try to write them so they’ll make people feel better, or make them feel that their warm, human spirit is affirmed… but I thought one day when I was depressed, you know when you’re real depressed and you see everything comes to nothing, well, I thought, maybe I ought to take a different approach, and write a song that, instead of directed at people, would somehow musically induce God into giving us all a break, cause I was getting a little fed up by this point. So I put some combinations of notes in there that I worked on a long time hoping it would work… since that time I’ve decided that I shouldn’t get any more breaks, cause I already squandered them in weird places. But I’d like to sing this song for you in the hope that you’ll get a break.”

When she sings “I’ll chase him to the bottom, till I finally caught him,” she is talking about Christ, redemption, god, who dwells just as surely in the depths of Hell Itself as in that great gated community in the sky. Perhaps more so, there among the broken and the outcast, the last light in the eyes of the homeless and cold.

In those perfectly struck notes she captures that feeling of exquisite heartbreak that is god moving over the face of the waters, shattering the temple that it may be rebuilt. Or never rebuilt, in Judee Sill’s case, and that of many others. Not in this lifetime and world. In those chords you can hear every single broken life, every acid casualty or otherwise wrecked traveller on the road of higher consciousness. Every one that did not come back. Kyrie Elision.

In our present-day occult-saturated pop culture, where club kids smear witch house affectations across their Tumblr accounts, it can be easy to forget how real and terrifying the occult can be for those who approach it with self-destruction in mind. It is certainly not that way for everybody—but it is undeniable that for those already enmeshed in life’s dark and entropic side, who are already chasing their own death, it certainly can be. How quickly all sense of perspective or common sense can be lost upon the occult’s event horizon, and how quickly they vanish therein.

Judee Sill was such a person. Her life and her music stand as a guidepost, a statement of truth to those who come looking for the light, and lack the discrimination needed to know where to look. Down the rabbit hole they go, the black hole, after the promise of something-or-other, some kind of God, some kind of power.

To those who have never seen where that hole leads, may you remain so blessed. May it remain an abstraction for you, a nightly news image of a child starving to death. But for those who have seen it, you Know. No glib phrase could do it justice.

But you can hear it in every note of every Judee Sill song.

The Donor is the heaviest thing I have ever heard. And the best.

Judee Sill: Abracadabra: The Asylum Years. (Both of her two studio albums in one package.)