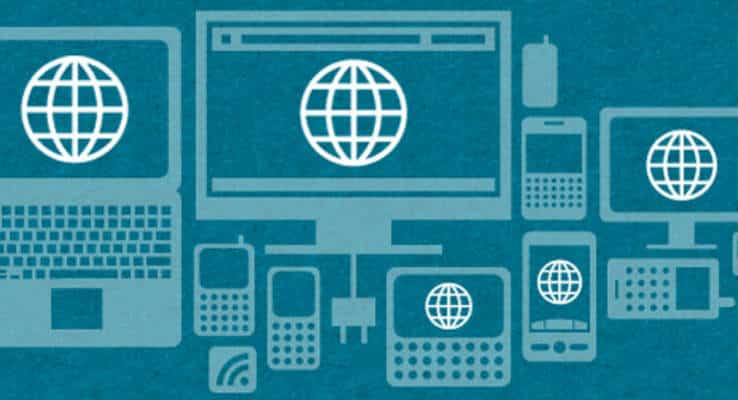 Last week, a coalition of organizations in higher education released a list of eleven principles they hold to be crucial for net neutrality. These are important principles to consider. Whether you agree with net neutrality or not, please take a moment to read the following.

Net neutrality is not only an issue that affects private home users. Libraries and other places of public information access will take a heavy hit if network access becomes fee-based.

“Libraries can really only function when the concept of a shared commons is strong,” Andrew Weiss, Digital Services Librarian at the Oviatt Library at California State University Northridge, told Ultraculture. “When all things become privatized and fee-based, libraries become squeezed.”

RELATED: 9 Tools for Private Browsing That Will Keep You Safe From Hackers, the NSA and Prying Eyes

According to Weiss, the shift to digital media in the last ten years has been filled with “advantages and disadvantages” for libraries. On the one hand, libraries have been able to provide more resources and information to more people than ever before imagined. The cost, however, has come from subscription fees to online journals and their content aggregators, some of which cost upwards of $20,000 a year to maintain. (One of the best known of these online subscription services for libraries, JSTOR, is remembered as the service from which Aaron Swartz downloaded a large number of academic articles which led to his arrest, trial and eventual suicide.)

“Throw in the absence of net neutrality and things become even more difficult for libraries,” Weiss says. “Already-squeezed budgets will force more cuts to content as libraries will need to spend more to get the same amount of information to their patrons…

“Additionally, libraries as places for equal consideration of all information will be compromised as ISPs may have the ability to censor or curtail information or content that competes with their profitability… This compromises scholarship and the objective analysis of content.

“Access to information should be free of such motives and constraints. Otherwise it begins to enter into the realm of politics and, when taken to the extreme, propaganda.”

1. Ensure Neutrality on All Public Networks

Public broadband Internet access needs neutrality. The following principles must apply to all broadband providers and ISPs providing service to the general public.

ISPs and public broadband providers should not be able to block access to legal websites, resources, applications, or Internet-based services.

Everybody should be able to access legal content, applications and services over the Internet without “unreasonable discrimination” by the owners and operators of public broadband networks and ISPs. This ensures that ISPs do not give favorable transmission to their affiliated content providers. It also protects against discrimination of particular Internet services based on the identity of the user, the content of information or the type of service being provided.

RELATED: NSA Surveillance, Edward Snowden and the End of Privacy: A Real-Time Account of the Biggest Leaks in US History

“Unreasonable discrimination” is the standard in Title II of the Communications Act. The FCC generally applies this standard to instances wherein providers treat similar customers in significantly different ways.

ISPs and public broadband providers should not permitted to sell prioritized transmission of certain content, applications, and service providers over other Internet traffic sharing the same network facilities. By prioritizing certain Internet traffic we severely disadvantage other content, applications and service providers—including those from higher education and libraries that serve vital public interests.

Public broadband providers and ISPs should not be permitted to degrade transmission of content, applications, or service providers either intentionally or by failing to invest in adequate broadband capacity to accommodate reasonable traffic growth.

ISPs and public broadband network operators should be able to engage in reasonable network management to address issues such as congestion, viruses, and spam as long as such actions are consistent with these principles. Policies and procedures should ensure that legal network traffic is managed in a content-neutral fashion.

Public broadband network operators and ISPs need to disclose network management practices in a manner that allows users to make informed choices and allows policy-makers to determine whether the practices are consistent with these network neutrality principles. This rule does not require disclosure of information that jeopardizes network security.

Public broadband providers and ISPs may continue to charge customers and content providers for Internet connection, and may receive greater compensation for greater capacity.

RELATED: Tails: Use the Net Anonymously, Anywhere—From a USB Stick

Policies and rules to enforce these principles should be clearly stated and transparent. Any ISP or public broadband provider found to be in violation of these policies should be subject to penalties, after being examined on a case-by-case basis.

Reasonable accommodations to these principles can be made based on evidence that they are necessary for public safety, health, law enforcement, national security, or emergency situations.

Owners and operators of private networks that are not openly available to the general public should continue to operate according to the practice that private networks are not subject to regulation. End users (i.e. households, companies, coffee shops, schools and libraries) should be free to decide how they use the broadband services they obtain from network operators and ISPs.