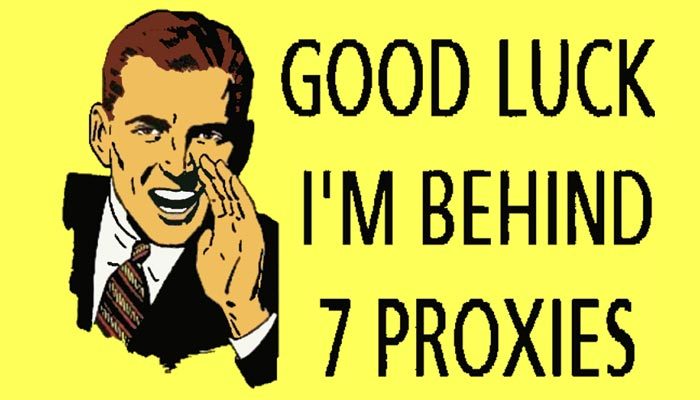 From Tor to proxies to VPNs, keep your data secure with these nine tools for private browsing, searching, chatting and lots more.

NSA spying was one of the biggest news stories of the last decade. The revelation of constant monitoring of all electronic communications not just in the United States, but across the entire world, will have shockwaves that last until the end of Western democracy. We may not see the full ramifications for decades. But in the meantime, there are some tools for private browsing that we can use to keep our online communications secure. They’re not without their downsides, but they’re there to use for private browsing and conducting day-to-day affairs. Even an unbreakable encryption tool can be circumvented by hackers and spies if they are able to secretly install software that hijacks communications on a computer or phone before it is encrypted. Other factors to consider are that both people communicating need to install the software for it to be effective, few tools provide very much anonymity (meaning that while your messages are unreadable your contact list could remain exposed) and many of the tools are run by disorganized teams of volunteers.

But still, online privacy is so important to most Internet users that they would prefer some effective encryption than none at all. These tools may not be 100% NSA-proof—nobody quite knows what the NSA (or even individual hackers) are capable of—but they’re a start.

Andrei Burke contributed to this story.

1. Use Tor Browser for Private Browsing

Tor (short for The Onion Router) is a free software package that allows private browsing with Firefox. Its use is mandatory for accessing the so-called “Deep Web.” Tor conceals its users’ identities by directing traffic through over three thousand relays, all of which are maintained by volunteers. Tor is a double-edged sword: although it’s a tool that can enable whistleblowing (WikiLeaks conducts business in the Deep Web, and even Edward Snowden used Tor to leak his PRISM documents to Glenn Greenwald), it’s also a tool that’s favored by everybody from drug dealers to child pornographers to jihadis, making Tor a flashpoint in the current civil ethics debate America is having over anonymity. Though Tor certainly does provide anonymity, it’s also a beast to use: websites load glacially, so it’s not a tool for casual browsing. Users also voice concern that even if what you’re doing while on Tor can’t be seen, the fact that you’re using it at all can be seen, and may immediately raise suspicion. It’s also only truly safe if you use it behind multiple proxies. Get it here.

2. You Can Also Try Pirate Browser for Private Browsing

For those who don’t want to jump into Tor, there’s Pirate Browser, a browser package created by the infamous Pirate Bay torrent network, and which incorporates Tor. As a bonus, Pirate Browser will circumvent content filters if you have them in your country.

3. Get a VPN (Virtual Private Network)

VPNs are private groups of computers networked together and nested within a public network. Accessing such a private network can render your data encrypted and secure—you can also access one, and its security, even if you’re on an untrusted public net connection (Starbucks, let’s say).

They’re favored by people who want to use BitTorrent anonymously, for instance. Lifehacker has a guide to VPNs and a list of some of the top VPN providers here. VPNs can offer a considerable level of protection, and their use is expected to become much more widespread as concern about net surveillance grows.

4. Use HTTPS Everywhere for Even More Private Browsing

Developed by the Electronic Frontier Foundation, HTTPS Everywhere is a Firefox add-on that forces your connection to major websites (like Facebook and Google) into a secure HTTPS connection instead of only HTTP. This immediately adds a modicum of online anonymity without having to go through Tor.

Services like Ixquick and DuckDuckGo allow for anonymous search, instead of going through untrustworthy Google or Bing.

To open an anonymized chat room, try the CryptoCat extension, the web-based ChatCrypt or the Guardian Project’s ChatSecure. Especially combined with an anonymized browser, these programs will allow for chat that doesn’t leave a record.

CryptoCat was famously used by journalist Glenn Greenwald while he met with Snowden in Hong Kong in 2013. It’s a free chat program that can be installed in any browser. Developed by Nadin Kobeissi, CryptoCat was just an experiment when he created it in 2010 as a student at Concordia University in Montreal. Since CryptoCat won a 2012 New York hackathon, Kobeissi has raised about $150,000 in grants to pay for professional developers to work on improvements to the software.

For anonymous video conferencing and calls, check out  Silent Circle’s app for iPhone and Android, which protects voice and video communication. It is free to download, but users must pay for a $9.95 monthly subscription fee.

“It takes a lot of money to have a robust, always-on and high-quality service,” says Mike Janke, CEO of Silent Circle. “Most free apps don’t or cannot support this,” without selling ads or user data.

You can download it for iPhone here, and for Android here.

8. Use Burner Phones and Signal

The Burner app will provide anonymous phone numbers for when you don’t want to give out your digits (especially to potential creepers). You can get the app here.

Open Whisper Systems’ free cellphone app Signal will make secure calls for iPhone and Android, respectively. The Signal app attempts to protect users’ anonymity by using what’s called a “boom filter,” a sophisticated system that allows users to find one another without sharing address books. While Signal is close to flawless on encryption, if your phone itself is compromised, the encryption won’t matter, however.

Signal is available for free at the iTunes store and Google Play.

As it’s been the subject of just about every Internet commentator and “digital freedom activist’s” tweets for the last, uh, forever, you may be a bit tired of hearing about Bitcoin—but let’s include it anyway. Bitcoin is an anonymous, open source, P2P online currency that can be transferred over the Internet without having to go through a financial institution. This, obviously, scares the hell out of a lot of people—not to mention its insanely fluctuating exchange rate and the fact that people often use it to buy drugs and conduct other illegal transactions online.

The above resources can bring the Internet and your communications back under your control, somewhat—a major step towards regaining some of the freedoms that have been infringed upon by the NSA, DEA and others. But their use is only a patch on a broken system: in a sane world, normal, law-abiding citizens wouldn’t have to use shady technologies just to talk without fear of government surveillance. But here we are, so use these technologies wisely. And like law-abiding citizens, please.

A final way to protect your online privacy might be to stay off of social media all together—especially Facebook. At a recent Q&A in Canada, Glenn Greenwald provided some insight into why Edward Snowden isn’t on the popular social media site.