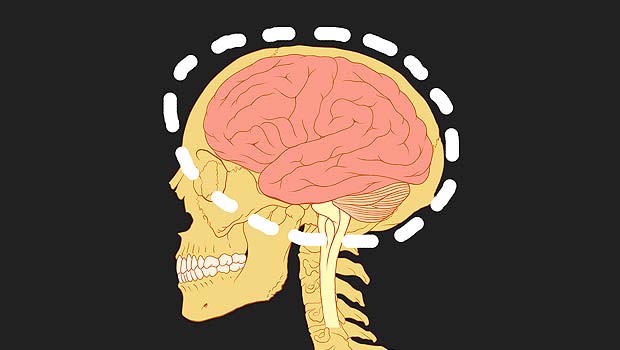 Schizophrenics hearing voices often claim that the military or CIA is using weapons to target them—it’s an incredibly common delusion. But what if they’re not all wrong? Read on for the uncomfortable truth.

In the 1990s, the US military conducted special weapons projects investigating the applications of high-powered microwaves, acoustics and lasers. The report detailing those experiments—titled “Bioeffects of Selected Non-Lethal Weapons”—was declassified in 2007 by way of the US Freedom of Information Act; the report was requested by Donald Friedman, who had been diagnosed as schizophrenic by two different psychiatrists. His positive symptoms included a delusion that he was being sadistically tortured by the government via microwave technology. Many schizophrenics claim the same thing: that government and local law enforcement have the technology to not only cause them physical pain and discomfort, but beam voices directly into their heads, and that this is why they’re hearing voices.

Putting aluminum haberdashery aside for the moment, how could these weapons work? Weapons that cause physical discomfort with no visible wounds? Hearing voices and buzzing that seem to come from within one’s own head? Do we have the scientific means to push people over the edge?

Here’s three weapons technologies the US military has developed to directly monkey with people’s nervous systems, even to make them think they’re hearing voices.

The Active Denial System (in its “non-lethal” iteration) can generate an electromagnetic energy burst that penetrates through clothing to the second layer of the skin, simulating the experience of opening a piping hot oven. The original purpose of the weapon was to incapacitate by way of raising a subject’s body temperature—resulting in mental confusion, memory lapses and lethargy. Observed applications have been directed toward crowd control. Though non-lethal in its current state, the “Bioeffects” report kindly points out that “If the situation allows, and the source is sufficiently powerful, there is the possibility to use this technology in a lethal mode as well.”

RELATED: 5 Times Psychedelics and Spirituality Were Used as Weapons

Even though the technology works, the weapon is too unwieldy for regular or spontaneous use. Shortfalls include a 16-hour start up time and diminished effectiveness during wet weather. A recent article from Correctional News reports that the Army continues to pursue ADS, demonstrating a smaller version for use at sea in September 2013. Raytheon, the firm that created ADS, is currently developing portable (possibly handheld) prototypes for use in law enforcement and corrections. Russia claims to have their version in an unknown stage of development.

(Below, check out an ADS demonstration from 2012.)

2. Microwave Hearing, Hypersonics, the “Voice of God” and Hearing Voices

Microwave hearing is a phenomenon that occurs when the brain is hit with an RF pulse. Every pulse that hits causes an expansion of the brain and the cochlea (inner ear auditory organ). This expansion results in a sound characterized as a buzzing or knocking inside the head. A successful experiment cited in the “Bioeffects” report includes the transmission of a voice counting from 1 to 10, causing the sensation of hearing voices.

Taken from the report:

“Not only might it be disruptive to the sense of hearing, it could be psychologically devastating if one suddenly heard ‘voices within one’s head.’”

The Sierra Nevada Corporation was developing a weapon based on this concept called MEDUSA (Mob Excess Deterrent Using Silent Audio) to use in crowd control. The good news was that the tech would theoretically incapacitate crowds. The bad news was that they would have their brains cooked.

Alternative methods for creating a “Voice of God” weapon could come from Long Range Acoustic Devices (LRADS) or directed sound devices. LRADs are the very loud crowd control devices you can see being used on protesters, like at the Pittsburgh G20. Coincidentally, they are also used on pirates. 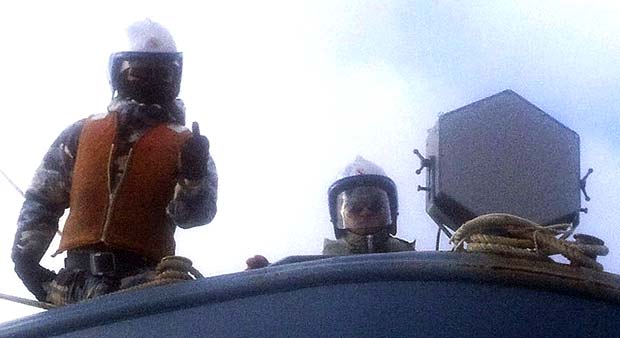 Friendly Japanese whalers give activists the finger while turning an LRAD on them. (Via Flickr)

An LRAD will cause permanent hearing damage to any unprotected individual standing within 100 meters. The military has also experimented with using spoken or whispered commands in an attempt to, I don’t know, see who they can freak out.

Directed sound, like the sonic projector currently in development by DARPA, could be the next big step for this line of inquiry. Libraries, museums and even billboards are using commercial versions of the technology to provide audio only to those people standing in a narrow field of sound. The video below shows one of these billboards in action. Listen for the whispering female voice as the camera approaches the billboard.

The military has looked at everything from strobe lights to Pokemon cartoons (no, they didn’t say it by name, but what other Japanese cartoon has caused mass seizures?) to cause debilitating neural disruption in subjects. The MEDUSA weapon was designed with this purpose in mind, and we’ve since seen “Dazzlers” and “PHASR” technologies that use light pulses to disorient and stun their targets.

And the plot just thickened as this story was going to press—a new study from St. Jude’s Children’s Hospital has found that the auditory hallucinations or “voices” associated with schizophrenia could be linked to a chemical imbalance that interferes with communication between the thalamic inputs and auditory cortex, the sections of the brain that interpret audio stimuli.

The author of the study, Stanislav Zakharenko, M.D., Ph.D., was quoted as saying “we think that reducing the flow of information between these two brain structures that play a central role in processing auditory information sets the stage for stress or other factors to come along and trigger the ‘voices’ that are the most common psychotic symptom of schizophrenia…”

The study posits that the nerve pulses emanating from the auditory cortex are substantially weaker in schizophrenic patients than in “normal” individuals due to a genetic defect.  New medications and treatments will be explored that can strengthen the signals from the firing neurons in the auditory cortex, resulting in the alleviation of systems.

Very possibly, of course, someone will take the research in a darker direction. (Is this a good time to mention that Putin’s been talking about an electromagnetic “Zombie Gun?”)

I’ll be under my desk for a few minutes if anyone needs me.

Ultraculture specializes in offering tools and techniques for psychic protection—check out our full course in Practical Psychic Protection to learn techniques to shield your mind from interference. Just a few applied techniques can make you feel much, much, much more grounded and centered in a world full of dispersion and mental chaos.

You’ll feel so centered and calm after taking the class, you won’t have to worry at all about what the military may or may not be doing.

(The author gratefully acknowledges the work of Sharon Weinberger, who has extensively covered the military applications of microwave weapons since 2007 for Wired.com and Nature.com.)