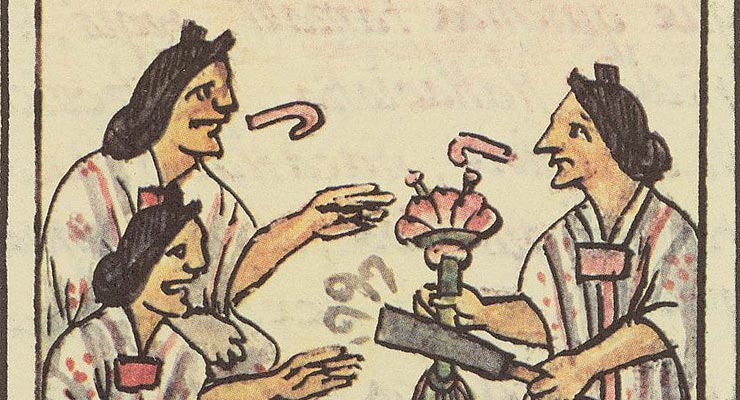 Ancient humans were tripping balls, new research shows. But unlike us, they were doing it for the right reasons, and using entheogens as part of sacred rituals.

A recent study published in the Journal of Archaeological Method and Theory suggests that ancient humans did not use entheogens for hedonistic pleasure, as we often do in the modern day.

Elisa Guerra-Doce of the Universidad de Valladolid in Spain contends that the use of entheogens was integral to the beliefs of prehistoric peoples, and that their use was believed to aid in communication with the spirit world.

Her research adds to the growing body of cutting-edge literature about the cultural and historical context of entheogens in prehistoric Europe.

Her argument is based on evidence found in archaeological sites covering a wide geographic and cultural range in Europe: opium poppies in the teeth of an adult male of Neolithic Spain, traces of barley beer on ceramic vessels recovered on the Iberian Peninsula, artistic depictions of hallucinogenic mushroom use in the Italian Alps, and charred Cannabis seeds in bowls found in Romania.

It’s proposed that the use of these substances was intended to alter ordinary consciousness or achieve an advanced trance state. Since the majority of these finds were in tombs and ceremonial spaces, Guerra-Doce came to the conclusion that these substances were strongly linked to ritual use.

While details of the rituals remain unclear, her hypothesis is that the substances played a significant role in mortuary rites, as a means of providing sustenance for the departed in their afterlife journey, or as an offering for deities of the underworld.

Before we celebrate the liberated ways of pre-patriarchal ancient peoples, keep in mind that recreational use of these substances may have been as taboo as they are today, if not more so.

Guerra-Doce believes these substances to have been well-guarded and highly regulated, as they were a sacred means of connecting with the spirit world in prehistoric European societies.

Says Guerra Doce: “Far from being consumed for hedonistic purposes, drug plants and alcoholic drinks had a sacred role among prehistoric societies… It is not surprising that most of the evidence derives from both elite burials and restricted ceremonial sites, suggesting the possibility that the consumption of mind-altering products was socially controlled in prehistoric Europe.”

For more on combining entheogens and sacred ritual, check out our Psychedelic Ritual Magick class!