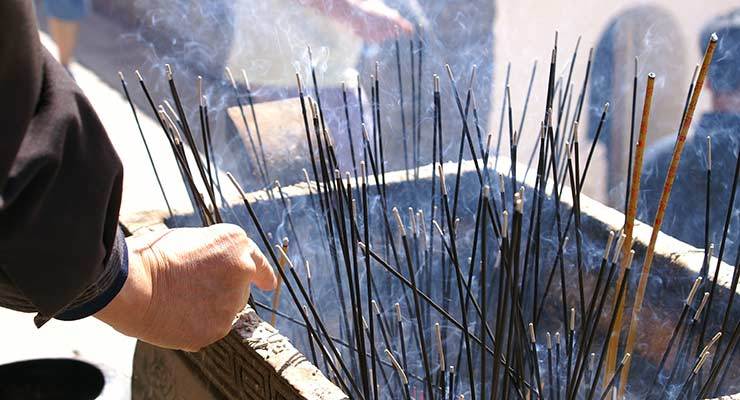 In a new study, biologists have discovered that incense, particularly frankincense, has natural anti-depressant properties and is great for brain health…!

The next time you feel an anxiety attack coming on, you may want want to skip the Klonopin in favor of an incense burner: research has shown that frankincense activates ion channels in the brain to alleviate the symptoms of anxiety and depression.

Frankincense has been used in ritual for millennia, and is widely known in the West as one of the gifts that the Three Wise Men brought to the infant Jesus.

But its psychoactive effects went untested, until researchers from Johns Hopkins University and Hebrew University in Jerusalem found that the incense may hold antidepressant properties.

“In spite of information stemming from ancient texts, constituents of Bosweilla had not been investigated for psychoactivity,” said Raphael Mechoulam, one of the researchers. “We found that incensole acetate, a Boswellia resin constituent, when tested in mice lowers anxiety and causes antidepressive-like behavior. Apparently, most present day worshipers assume that incense burning has only a symbolic meaning.”

The team administered incensole acetate—a compound derived from frankincense—to mice in order to determine the psychoactive effects of the incense.

Their findings indicated that the compound significantly affected areas of the brain known to be largely involved with emotions, as well as nerve circuits that are affected by current anxiety and depression prescription drugs.

The incensole acetate specifically activated a protein called TRPV3, which is commonly present in mammalian brains and is known to play an active role in perceiving the skin’s warmness. The compound had no effect on the brains of mice bred without this protein.

“Perhaps Marx wasn’t too wrong when he called religion the opium of the people: morphine comes from poppies, cannabinoids from marijuana, and LSD from mushrooms [sic]; each of these has been used in one or another religious ceremony,” said Gerald Weissmann, M.D., Editor-in-Chief of The Federation of American Societies for Experimental Journal, where the findings were initially published. “Studies of how those psychoactive drugs work have helped us understand modern neurobiology,”

RELATED: Humans Have Been Using Entheogens Since the Dawn of Time, Study Shows

“The discovery of how incensole acetate… works on specific targets in the brain should also help us understand diseases of the nervous system,” Weissman added. “This study also provides a biological explanation for millennia-old spiritual practices that have persisted across time, distance, culture, language, and religion—burning incense really does make you feel warm and tingly all over!”