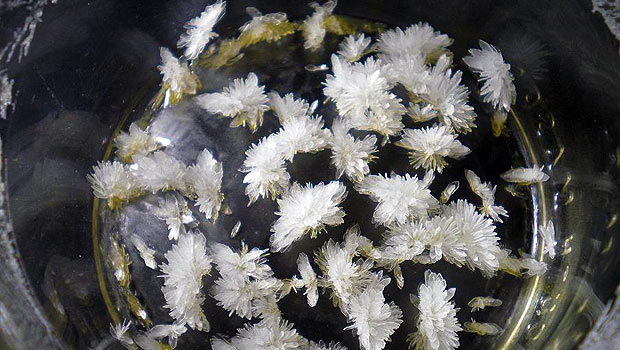 Smoking DMT, the world’s most potent psychedelic, is becoming an incredibly popular pastime in America, according to new research data

Thanks to the success of the DMT: The Spirit Molecule book and documentary and the Gaspar Noe film Enter the Void, the popularity of smoking DMT has skyrocketed among young Americans.

Though the drug was around even in the 1960s (the infamous psychedelic band the 13th Floor Elevators were early pioneers), smoking DMT first gained notoriety during the initial dotcom heyday, when web visionaries like R. U. Sirius started talking about it in publications like Mondo 2000. That’s perhaps no surprise—DMT can show its users insanely complex, fractal, neon, even cybernetic landscapes that surpass anything a Hollywood special effects team could (at least at present) hope to achieve.

RELATED CONTENT: Watch a Spectacular Animation of a DMT Trip

But according to new data, smoking DMT is actually emerging into mass popularity. Improbable, as there really isn’t anything pleasurable about the experience. It’s a bit like getting run over by a cosmic Mack truck… and not just your psyche, but your body feels it, too.

The Hallucinogenic Experience of Smoking DMT

As I’ve written here before: DMT (N,N- or 5-MeO-Dimethyltryptamine) is one of the most potent psychedelics known to man, a naturally occurring compound that is the active ingredient in ayahuasca, is present in psilocybin mushrooms and which also occurs naturally within the human brain. When synthesized into its raw form and consumed, it produces insanely complex hypergeometrical hallucinations that look something like this. Users often report entering a fractal landscape where they interact with “entities” that often observe, test or even impart messages to them before they’re returned to their bodies. The DMT experience lasts all of five to ten minutes, as the human brain rapidly processes the chemical—but that’s a five or ten minutes that can often seem like an eternity.

Drug researchers have found evidence that a hallucinogenic compound used in shamanic rituals in the Amazon is growing in popularity. Dimethyltryptamine (DMT), the active ingredient in ayahuasca, a plant-based mixture, can also be used by itself, often by smoking it.

RELATED CONTENT: What Happens When You Smoke DMT While Peaking on LSD?

Working off of answers provided in the ongoing Global Drug Survey, researcher Adam Winstock and his co-authors found in a November article published in the Journal of Psychopharmacology that DMT “had a larger proportion of new users” compared to other powerful drugs like magic mushrooms, LSD and ketamine — “suggesting its popularity may increase.”

The global survey’s findings are supported by numbers from another survey administered by the U.S. government, the National Survey on Drug Use and Health. That sampling found that the number of people in the U.S. who have used DMT in some form has been up almost every year since 2006 — from an estimated 688,000 in 2006 to 1,475,000 in 2012.

The newest users, the global survey found, were more likely to be young, male, and in school.