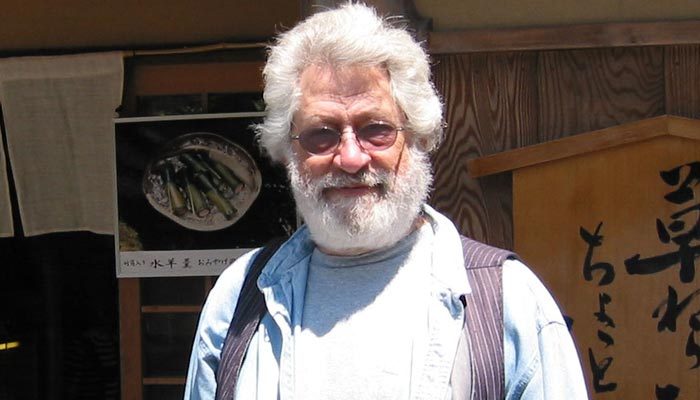 Ralph Abraham, one of the founding thinkers of chaos mathematics, stops by the podcast to talk about chaos, DMT, fractals and the Enochian angels…!

Yes hello! In this week’s episode of the Ultraculture podcast, Dr. Ralph Abraham, professor and founding theorist of chaos mathematics, stops by the talk about the inherent, unpredictable chaos of existence, Dr. John Dee, DMT, seeing angels and how math is the language the universe uses to talk to us.

• The history of chaos mathematics, how it was inspired by the psychedelic revolution, and why it was blackballed from mainstream science;

• The psychedelic drug DMT, and how Abraham’s explorations of hyperspace influenced his mathematical discoveries;

More about Dr. Abraham, via Wikipedia:

Ralph Abraham earned his Ph.D. from the University of Michigan in 1960, and held positions at UC Santa Cruz, Berkeley, Columbia, and Princeton. He has also held visiting positions in Amsterdam, Paris, Warwick, Barcelona, Basel, and Florence.He founded the Visual Math Institute at UC Santa Cruz in 1975, at that time it was called the “Visual Mathematics Project”. He is editor of World Futures and for the International Journal of Bifurcations and Chaos. Abraham is a member of cultural historian William Irwin Thompson’s Lindisfarne Association.

Abraham has been involved in the development of dynamical systems theory since the 1960s and 1970s. He has been a consultant on chaos theory and its applications in numerous fields, such as medical physiology, ecology, mathematical economics, psychotherapy, etc.

Another interest of Abraham’s concerns alternative ways of expressing mathematics, for example visually or aurally. He has staged performances in which mathematics, visual arts and music are combined into one presentation.

Abraham developed an interest in “Hip” activities in Santa Cruz in the 1960s and has a website gathering information on the topic. He credits his use of the psychedelic drug DMT for “swerv[ing his] career toward a search for the connections between mathematics and the experience of the Logos”.

Big thanks to The High Masters as always for the music in this show!

Dr. Ralph Abraham on the Mathematics of Chaos