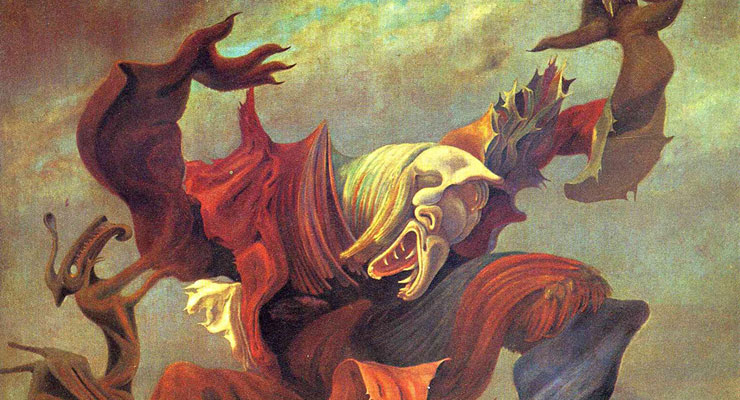 The magical, occult artwork of Max Ernst, a titan of surrealism and occultism who painted portals into alien worlds, dream landscapes and new realities

Max Ernst, one of the greatest painters of the 20th century, was a master not only of surrealism, but a man who was fascinated by magick and the occult. Ernst’s name isn’t usually brought up in connection to magic, because he has such a high stature in art history, and magic tends to be thought of as a subcultural embarrassment. But a magician he was, by study and by trade.

Of the surrealist artists, Max Ernst always struck me as not only one of the most talented, but also one of the most honest. While Dalí’s art generally leaves me cold, feeling as if I’m looking at a technical master who is simultaneously trying too hard to be “visionary,” Ernst’s art always gives me the sensation that I’m peering through his eyes into another world that he was actually seeing and recording. His use of alien landscapes is one that would be familiar to Lovecraft and later be aped by H. R. Giger, albeit with a somewhat more limited visual and imaginal palette.

Like many of his era, Ernst was inspired by alchemical and occult ideas, though as far as I’m aware he had no contact with the more organized approach that inspired the literary and artistic output of figures like W. B. Yeats, Arthur Machen and Austin Osman Spare. Ernst was, if inspired by key occult revival writers like Eliphas Lévi, apparently getting high on his own supply.

“Max Ernst died the 1st of August 1914. He resuscitated the 11th of November 1918 as a young man aspiring to become a magician and to find the myth of his time.” – Max Ernst, from “Some Data on the Youth of M. E., As Told by Himself”

Writing of himself, he recounts his painful childhood induction into the “otherworld”…

(1897) First contact with nothingness, when his sister Maria kissed him and her sisters good-bye and died a few hours afterwards. Since this event the feeling of nothingness and annihilating powers were predominant in his mind, in his behavior and, later, in his work.

(1897) First contact with hallucination. Measles. Fear of death and the annihilating powers. A fever-vision provoked by an imitation- mahogany opposite his bed, the grooves of the wood taking respectively the aspect of an eye, a nose, a bird’s head, a menacing nightingale, a spinning top and so on. Certainly little Max took pleasure in being afraid of these visions and later delivered himself voluntarily to provoke hallucinations of the same kind in looking obstinately at wood-panels, clouds,wallpapers, unplastered walls and so on to let his “imagination” go. When someone would ask him: “What is your favorite occupation?” he regularly answers, “Looking.”

(1906) First contact with occult, magic and witchcraft powers. One of his best friends, a most intelligent and affectionate pink cockatoo, died in the night of January the 5th. It was an awful shock to Max when he found the corpse in the morning and when at the same moment, his father announced to him the birth of sister Loni. The perturbation of the youth was so enormous that he fainted. In his imagination he connected both events and charged the baby with the extinction of the bird’s life. A series of mystical crises, fits of hysteria, exaltations and depressions followed. A dangerous confusion between birds and humans became encrusted in his mind and asserted itself in drawings and paintings. (Via Flightless Hummingbird)

Such events are pandemic in the lives of those who are later called towards working with the unconscious, whether artists or shamans, in which removal from the world of conscious forces, often by childhood illness, allows direct confrontation with the dangerous and heady world of “spirits” and hallucination.

To discover the techniques that Max Ernst, Dalí, Giger and lots more used to infuse their artwork with incredible and otherworldly inspiration, check out our course Magick and Art: Sacred Techniques for a Sacred Quest.

Here’s nine of Max Ernst’s most incredible artworks, in honor of the master himself. 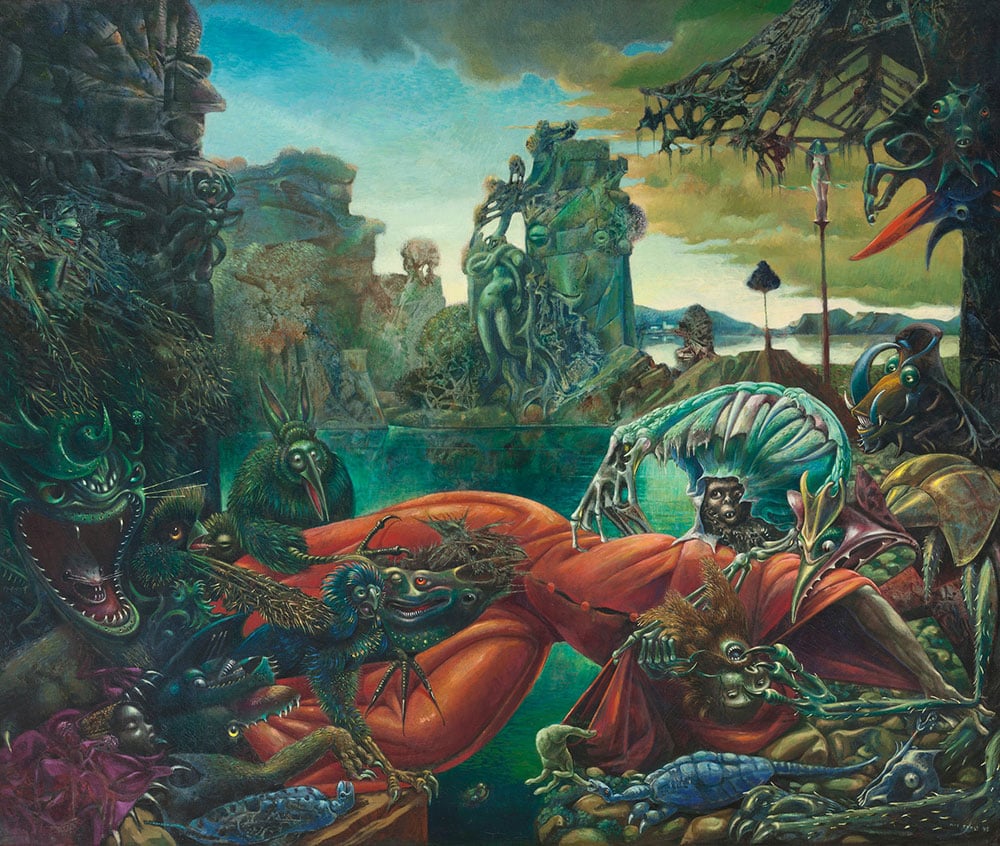 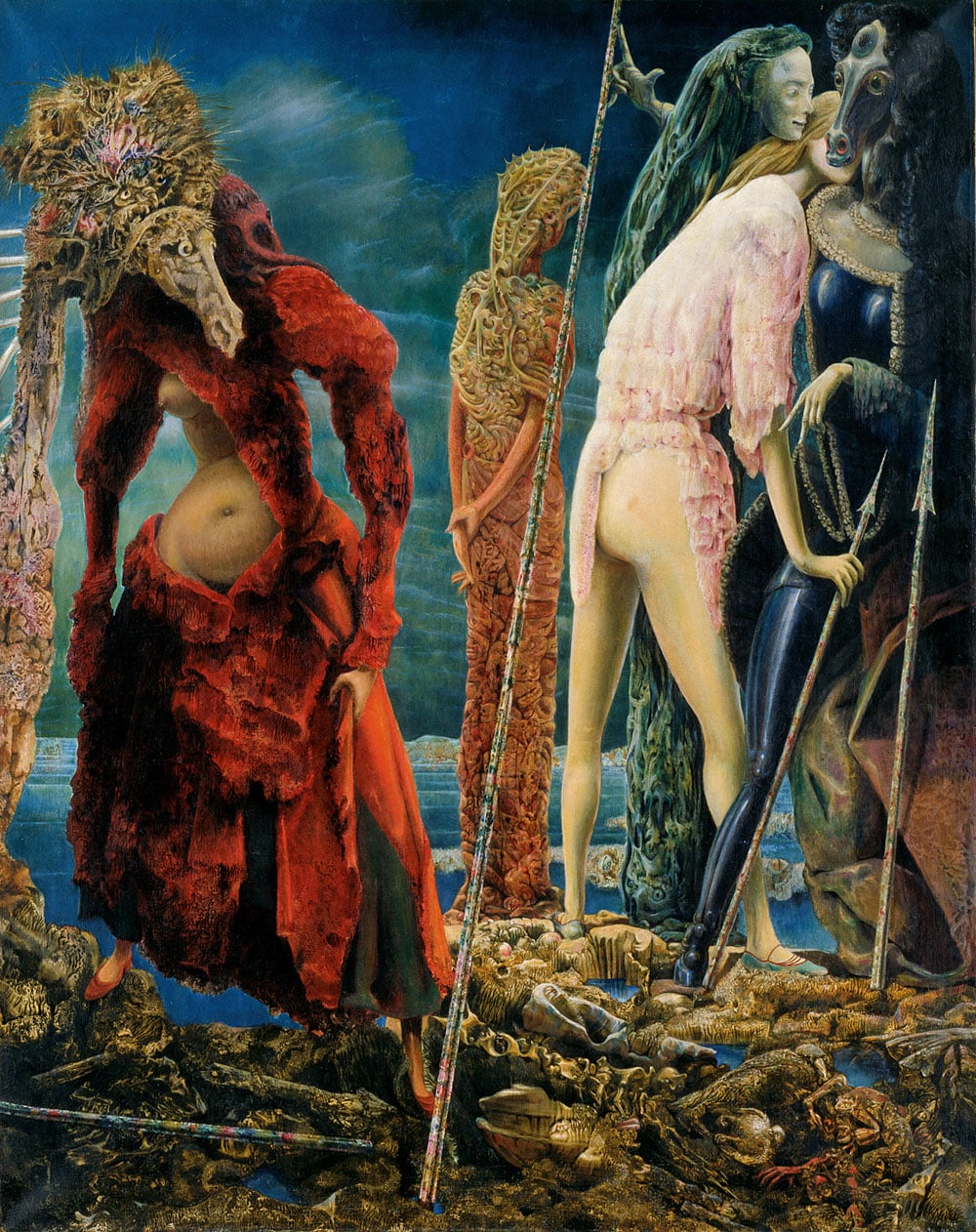 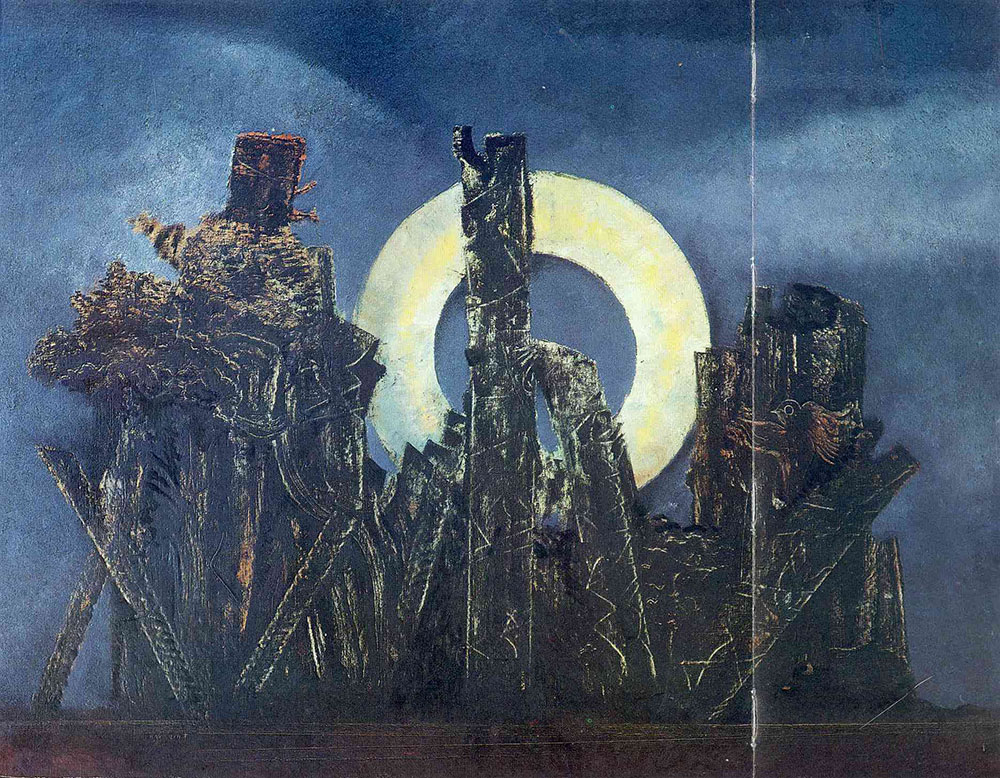 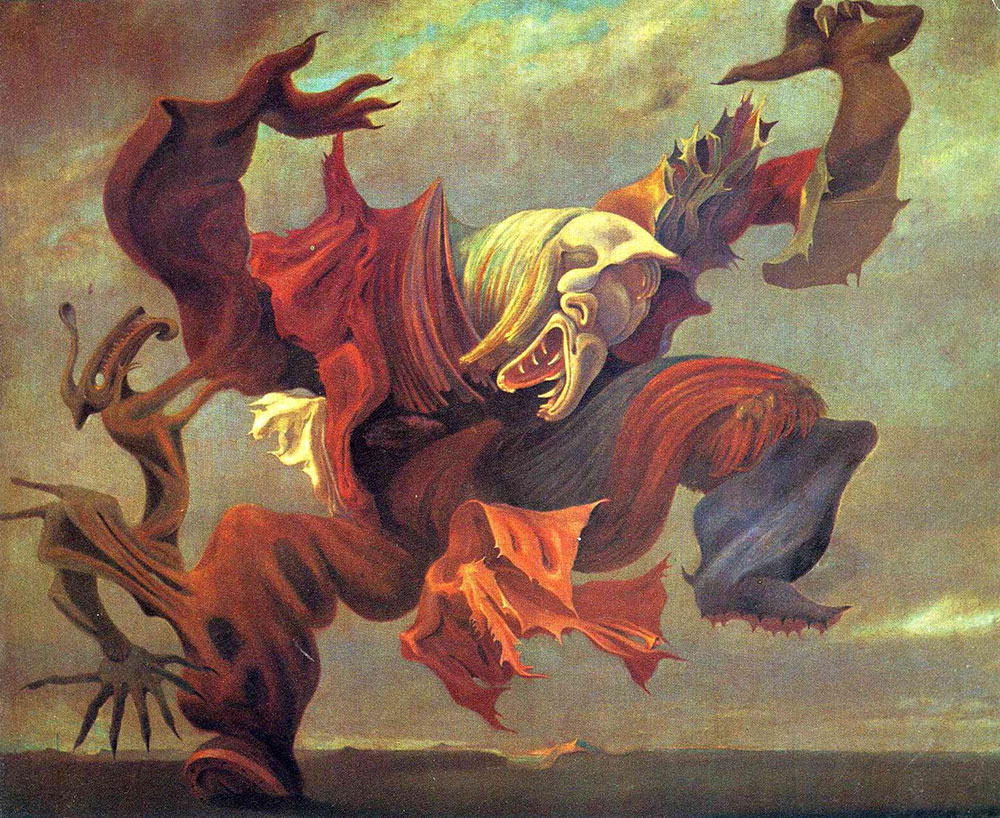 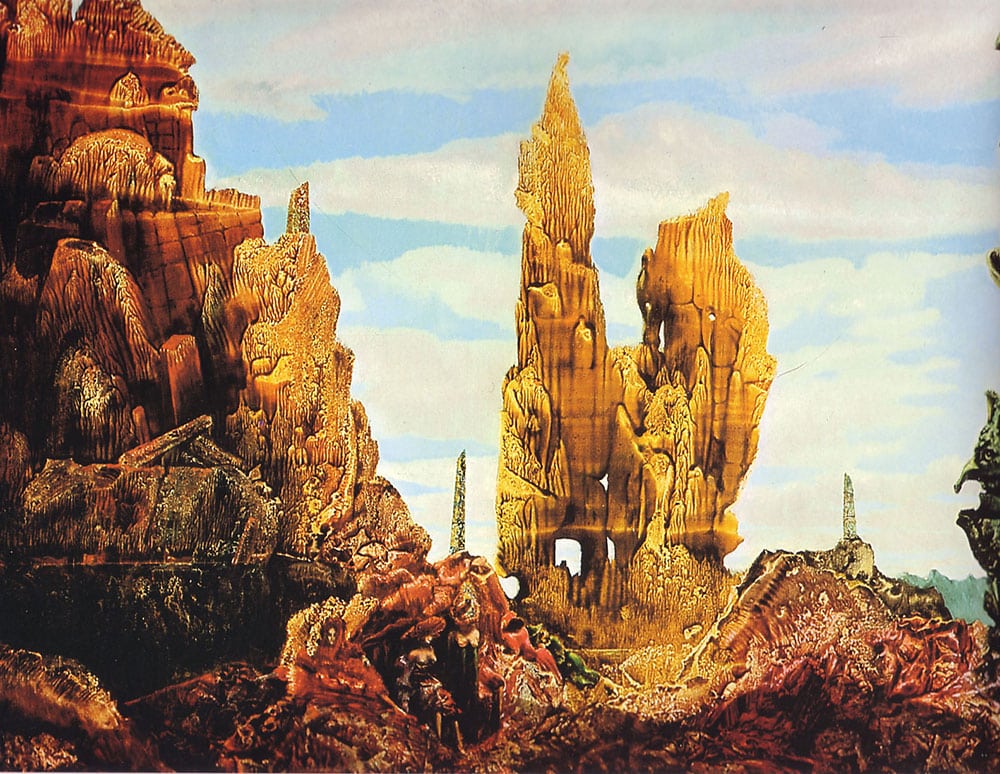 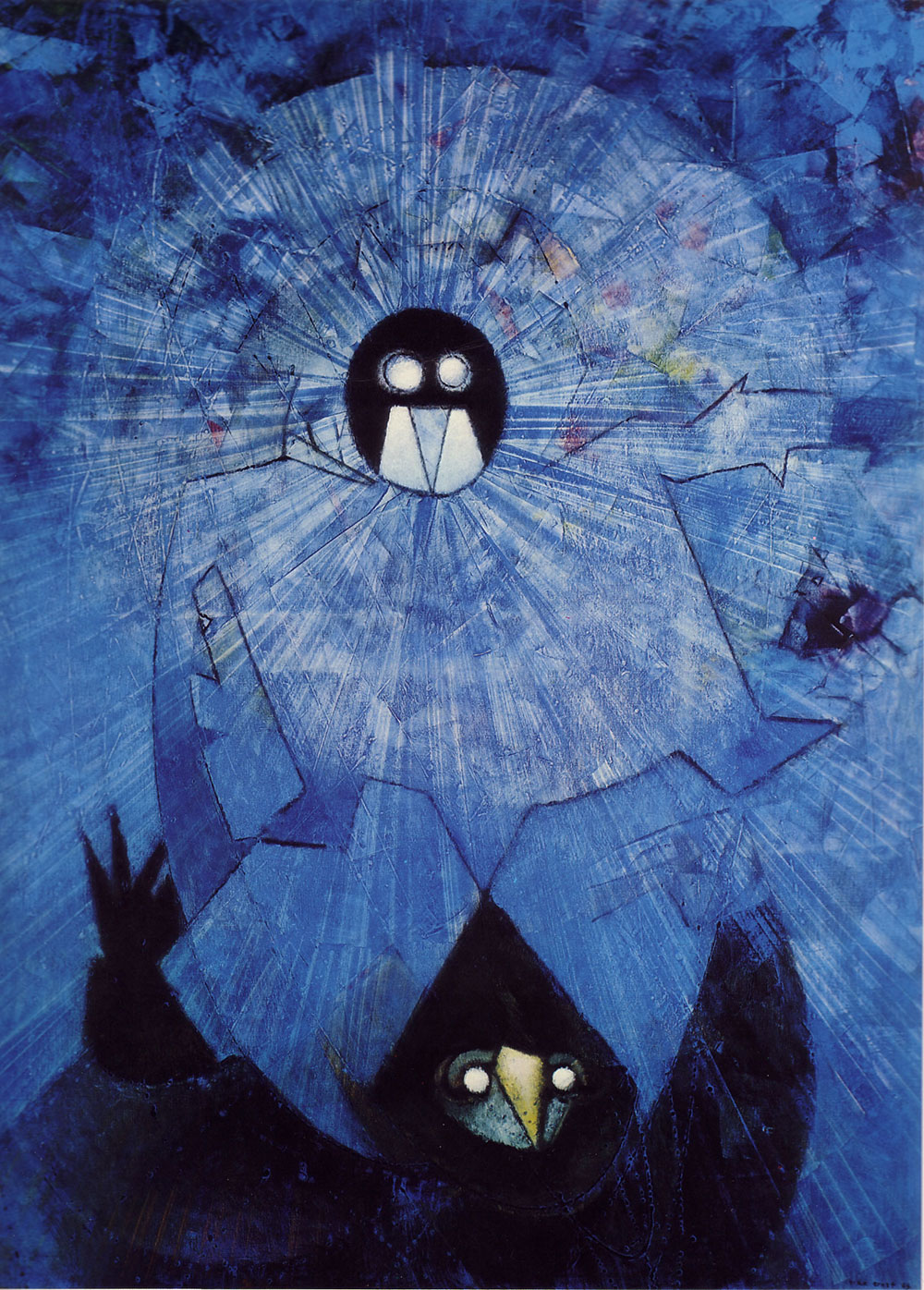 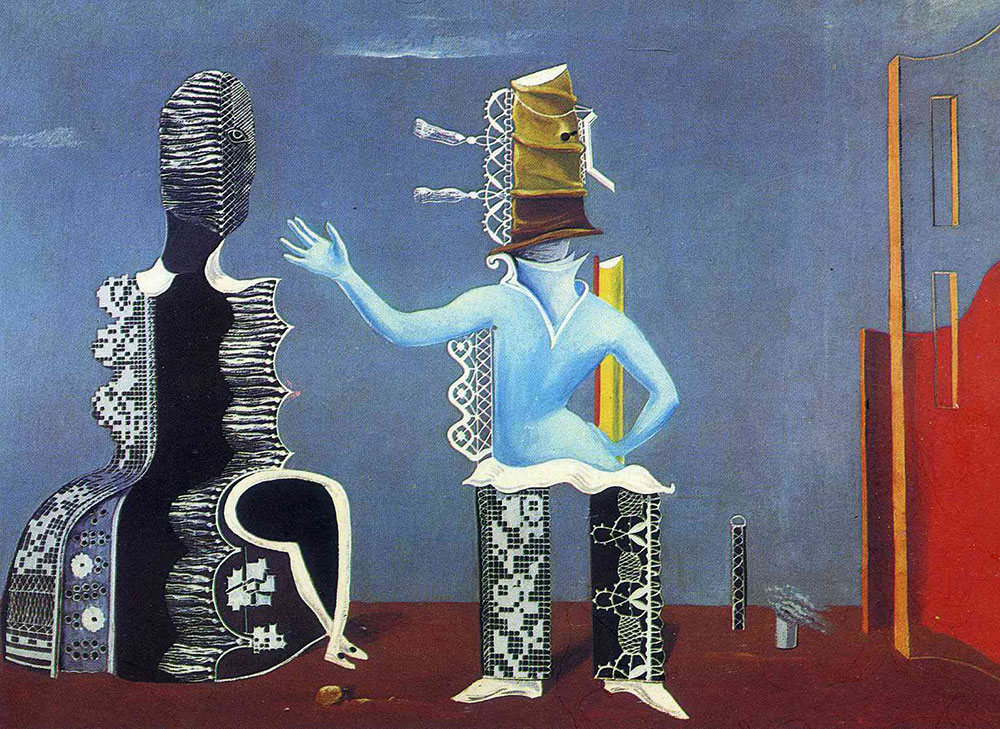 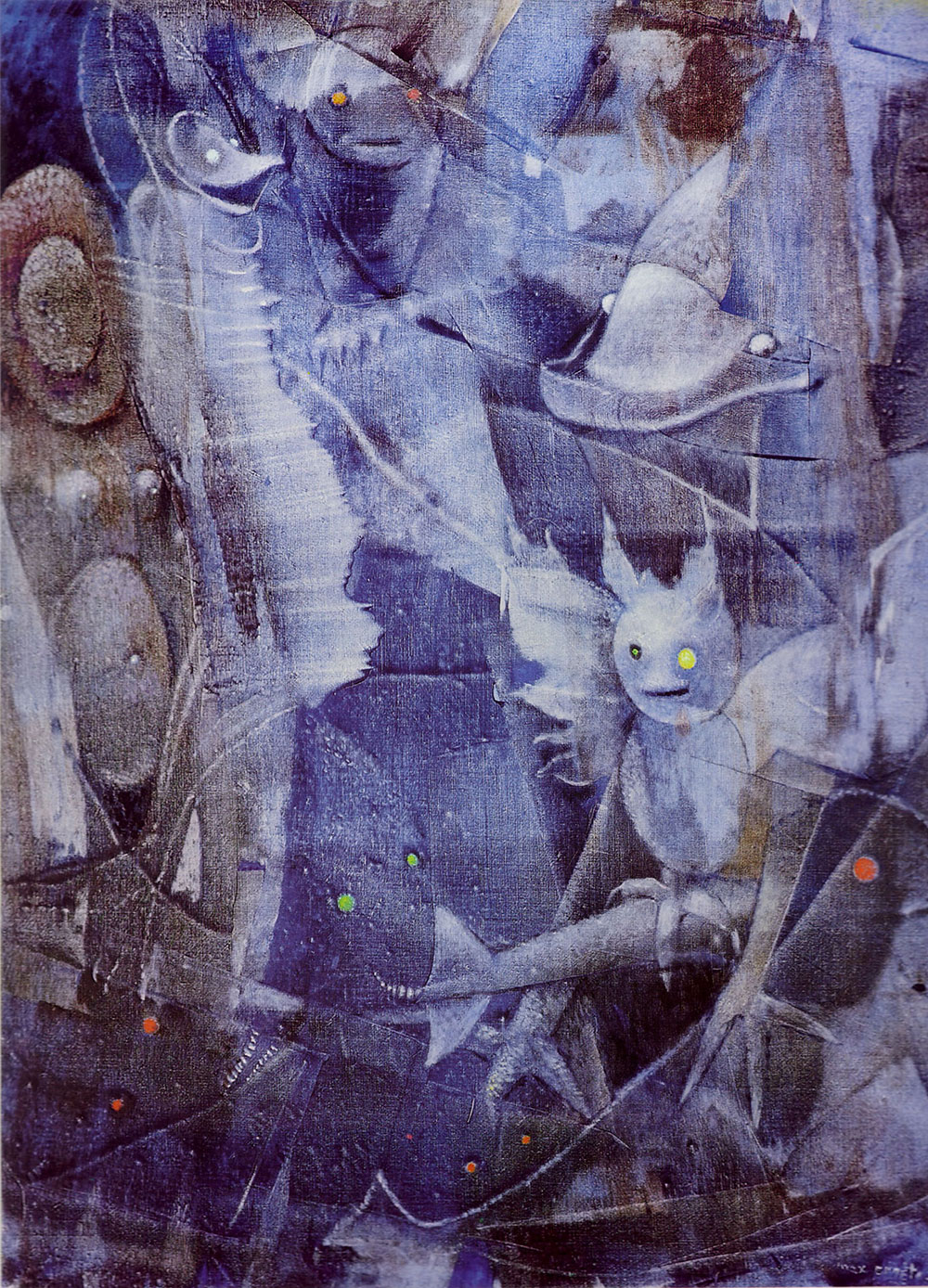 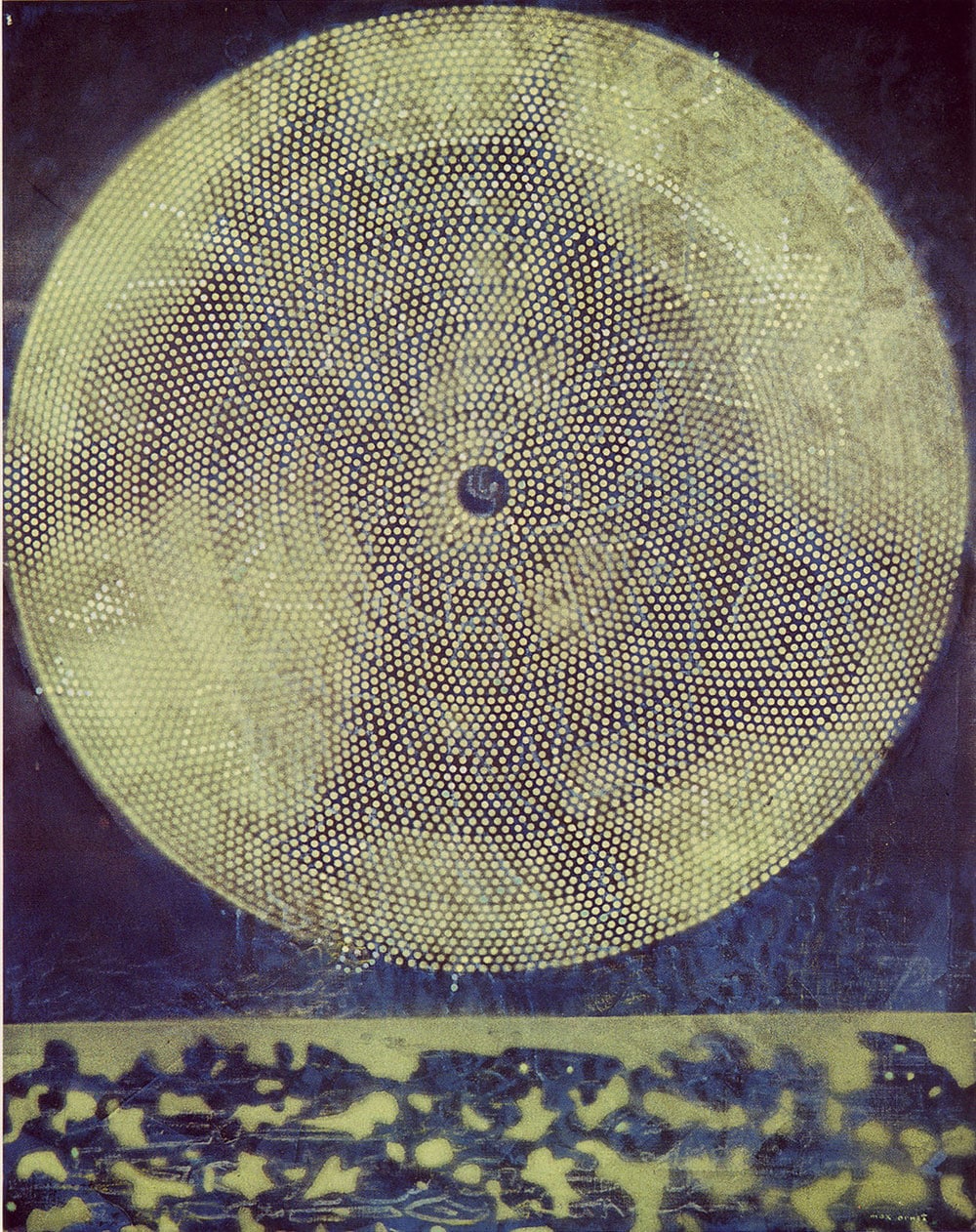