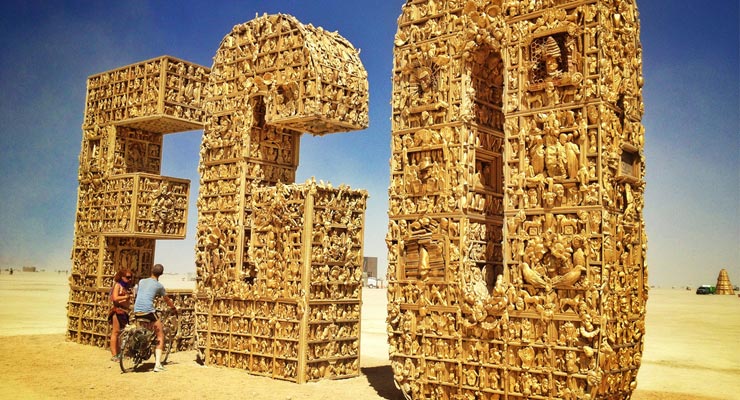 We’re often told that having a big ego is a bad thing—even that we should overcome or even “delete” our egos. But what if an ego turns out to be a really, really important thing to have?

Since I got into spirituality, people have been laying this “kill your ego” trip on me.

The Ego is a concept created by Sigmund Freud to denote “the organized part of the personality structure that includes defensive, perceptual, intellectual-cognitive, and executive functions.” (From the Wiki.) It was part of Freud’s unique internal cosmology and has no direct analogue in Vedanta or Buddhism, which have much more complex terminology for the self.

The Buddha, of course, came to a realization that there is no actual individual self—the idea that you have a unique, core, true “self” is—according to the Buddha—actually a kind of cognitive illusion created by the interconnection of phenomena.

Now… both of these concepts got mashed up by 1960s psychonauts who started taking really really fucking potent LSD, and entering states in which they momentarily perceived their selves as, well, cognitive illusions. Afterwards, they tried to explain their experience first in Freudian terms (“I realized the ego is a lie”), and then with a bit of Eastern mysticism (“The Buddha said the self isn’t real and that’s what I saw on LSD“). These then got mashed together as the general idea that you have an “ego” which is “bad” and that if you “delete” it, you get closer to “god.”

(Because psychoanalysis and Buddhism aside, Western people are Christians deep down, and what we’re really looking for is a communion wafer and some penance and lashings to make us more “good.” Hence acid and “killing our egos.”)

These days, we now just have people running around saying “you have a big ego” and “you need to turn your ego off” and the like. This is:

a) Not actually based on any sound theology or psychology;

b) Has nothing to do with aiding others to gain insight into the illusory nature of the I-making faculty. It does, however, have everything to do with critiquing other people’s outward personalities and therefore control.

“You have a big ego” is a covert game by which spiritual, New Agey and occult people police each other’s actions.

It actually means “you’re not doing what I think you should,” “your actions do not jibe with my ego,” or even “immediately cease thinking for yourself or questioning, and think and behave only as I or the group leader wish you to.” It means “you are not following my/the group’s script.”

“Delete your ego” is, of course, a primary game played in cults, and a primary way in which compliance among cult members is achieved and enforced. Corporate America studied this in detail and has applied similar techniques to organizational psychology and human resources in order to control employee behavior.

So let me say this again:

“You have a big ego” means “you are not on script.” “Delete your ego” means “get in line.”

Now, is overcoming the “false self” a critical part of spirituality? Yes, it is.

Yes, I have a “Big Ego.” Yes, I have every fucking right to have a “Big Ego.” My ancestors crawled out of the protoplasm, evaded sharks, flopped about in tidepools, climbed into the trees, learned to use tools, endured millenia of brutal warfare, disease, invasion, rape, degradation, abuse, misery, starvation and migration and somehow survived it all because they believed that they mattered and they would overcome the shit their environment threw at them no matter what, so that I could sit here today with the privilege of coming to self-awareness, let alone the hard-won freedom to express those thoughts to others on the Internet in a relatively danger-free existence. All of that freedom and luxury is won not by the lotus blossom but by the sword.

I’ve had decades of strife, people controlling me, people telling me to shut up, to not open my mouth, to stay small and afraid, to go along to get along, that my ideas are “juvenile” and “ego-driven,” etc etc, and a good deal of that was in the name of “not having an ego.” And I’ve also spent years of my life in “egoless” states, so blasted on meditation, magick and psychedelics that I simply remained in “transpersonal awareness” without any sense of having a self separate from the universe.

But you know what? You’re goddamn right I have an “ego.” I have a right to have likes and dislikes, to be angry or “negative” when I want, to have lust, greed, pride, envy, sloth and the rest. These are part of what make me human. And to simply amputate my basic humanity doesn’t serve me at all: It only makes me compliant, docile, easy to manipulate by others.

And look, I’m a white, middle-class, American male—near the very top of the global race/class control pyramid. How do you think women and people of color feel when you say “stop having such an ego” when they raise their voices, express outrage, anger—or anything at all?

In this context, “You have a big ego” starts to sound like “You don’t have a right to speak.”

During a seminar on Ishmael Reed, my college literature professor Louis Chude-Sokei told me something I’ve never forgotten: That under slavery, the general “scientific” belief was that black people did not actually possess souls, and that this narrative was constantly repeated and driven home as a control mechanism. This was one of the major reasons that soul music became so critically important. It was also a major reason why black people were generally deeply underwhelmed with the 1960s idea that people should “kill their ego.” (A point of study is what happened when members of the Black Panther Party were invited to acid group therapy and hot tubs at Esalen… and the white, upper-middle-class hippies discovered that acid wasn’t actually a magic cure-all for millenia of oppression, racism and rage, and that no communication breakthrough across group lines actually happened.)

So this is a key point:

I have an ego. I have a right to my ego. I can turn off my ego if I like, or leave it on if I like, but what I do with my ego is fundamentally nobody’s business but my own. Spirituality need not and should not hang an “open season” sign on your sense of individuality and self-worth.

Cherish your ego. Follow your own script. Do What Thou Wilt Shall Be the Whole of the Law.