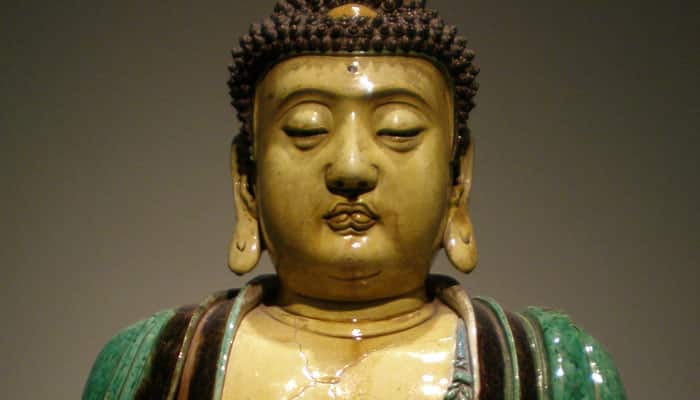 Over 2500 years ago, the Buddha proclaimed an eight-fold path for ending suffering. Here’s a quick introduction to that Path.

As an exercise, I’ve been working on following the Buddhist Eightfold Path, as originally laid down by the Buddha. It’s tough.

I’m not a Buddhist—actually, I don’t follow any religious path. What I am interested in is looking at strategies and techniques that work for living better. Some of those strategies and techniques can be found in religions, and I personally don’t see any problem with applying them to my own life to see what they do. And the Buddha, frankly, had some really, really excellent ideas about approaching life.

OK, that’s nice. Now, what is the Buddhist path?

The Eightfold Path was announced at the enlightenment of the Buddha as the way to end suffering. It was preceded by the 4 Noble Truths, recounted below.

1. The Truth of Dukkha: Existence is suffering, because it is in a state of constant change.

Everything in life is impermanent, according to the Buddha, and is therefore unattainable in any real sense, and this causes suffering or dukkha. In short: You think the virtual reality show called life is real, so you cling to the objects you see, and experience suffering when they turn out to just be illusions.

There are many types of dukkha or suffering: The wheel of samsara or constant reincarnation is dukkha; birth, aging, illness and death are dukkha; sorrow, lamentation, pain, grief and despair are dukkha; not getting what you want is dukkha. The understanding of impermanence is dukkha. Even enjoying pleasures in life is dukkha, because you know they will eventually fade or go away.

2. The Truth of the Origin of Dukkha: Attachment to pleasure and aversion to pain trap you within existence.

As long as you stay in the up-down, left-right, this-that dance of existence, you’re stuck. You lunge with craving fingers towards the things you want. Maybe you recoil in horror from the things that you do not want. Or you just start fidgeting and flailing in your existence. And existence is quicksand, and sucks you in deeper the more you struggle. You are not still, and so you cannot see the truth.

This teaching comes from the Indian roots of Buddhism: In certain Hindu schools, these tendencies of the mind are called the kleshas. Roughly translated, they are Attachment, Aversion, Ignorance, Ego and Clinging to Life.

3. The Truth of Cessation of Dukkha: By ceasing the attachment/aversion cycle, you can experience liberation from existence.

Attachment and Aversion are the fundamental movements of the mind. Cease the craving that drives them, and you will cease the motion of the mind. Renounce the sense pleasures of the world, and Just. Deeply. Let. Go, and existence no longer has a hold on you.

(Check out an ineffably awesome procession of Buddhist monks below!)

4. The Truth of the Path to the Cessation of Dukkha: The 8-Fold Path is the way to end suffering.

The 4 Noble Truths were the Buddha’s basic diagnosis of humanity’s ailment: We’re in a kind of virtual reality game produced by our own attachments and aversions, and are unhappy because we have forgotten that it’s just a game, and are experiencing our in-game losses and misery as real losses and misery. How to deal with this situation? The Buddha prescribes Eight Steps.

These constitute the Noble Eightfold Path, as follows:

Right View means understanding that life is just a magic show. It is transitory. It is virtual reality. And it causes suffering as long as you think it is real, and take it too seriously.

Right Intention means being resolved to renunciation. It doesn’t necessarily mean that you give up everything and go become a monk, unless you’re that much of a drama queen. What it does mean is working to steadily improve yourself, to rid yourself of the defilements of the world. It means intending good will and harmlessness towards all beings (including yourself) instead of ill will and harmfulness. Ultimately, it means intending to get out.

Right Speech means not lying, not speaking divisively or abusively, and not engaging in idle chatter and gossip (hello social media!). Words are magic. They create the reality you live in. Be mindful of how you use them. Do not waste them.

Right Action means being morally upright in your actions, and not acting in corrupt or harmful ways. Specifically, it means: Not killing, not stealing (not taking what is not given), and not engaging in sexual misconduct.

Right Livelihood is not making your living in a way that creates suffering for other beings. There are five specific types of business that should not be undertaken:

That disqualifies a good deal of the modern world, doesn’t it?

Ideally, your business should be something you can put your heart into, and that benefits other sentient beings.

Right Effort means working to uphold all that is wholesome within yourself and the world, and also working to abandon all that is harmful. It means being one of the good guys.

Right Mindfulness means staying present and aware of yourself, reality and your place in reality. It means paying attention and not zoning out—primarily because when you zone out and live life on “autopilot,” you can easily take harmful actions without really thinking about it. For instance: While working on following the basics of the path recently, I resolved not to kill. Just a few minutes later, I was zoned out again, and when a fruit fly landed on my left hand I immediately lashed out to kill it. Why? Instinct. Years of trained behaviors and the inertia behind them. Autopilot. Non-mindfulness.

(Note: This is not to be confused with the corporate “mindfulness” scam, in which workers are sent to “mindfulness” seminars that are really about making them focus on their work.)

Right Concentration means meditation. Once free from sense-desires, and leading a tranquil life, the practitioner begins to meditate, usually through mindfulness of breathing, object concentration or repetition of mantras. The meditator may begin to pass through the four classic Jhanas or meditative absorption, being:

Below, an experienced meditator explains the four jhanas.

How to Get Started Meditating

To fully apply, appreciate and reap the rewards of the Buddha’s insights, you’ve got to start meditating.

There’s literally no other way. You can’t just say “oh, that’s nice” and kind of get inspired by it (like it’s a Facebook meme) and then forget all about it.

You’ve got to put it into practice, and the only way to do that is by the true, real, deep practice of meditation.

But where to get started with meditation, particularly in a confusing and crowded spiritual marketplace where all kinds of false techniques are marketed and sold?

In order to teach people the core skills of real meditation—the exact same ones the Buddha used to get enlightened—I created an online course on Hardcore Meditation: The 8 Limbs of Raja Yoga.

In this course, you’ll learn how to meditate the real way, by following the ancient, eight-step Vedic science of Raja Yoga, which the Buddha used as he sat under the Bodhi Tree.

This course will give you everything you need to know to begin the kind of lifelong meditation practice that can help you start seeing through the illusions of existence—and fully achieve the true meaning of life.