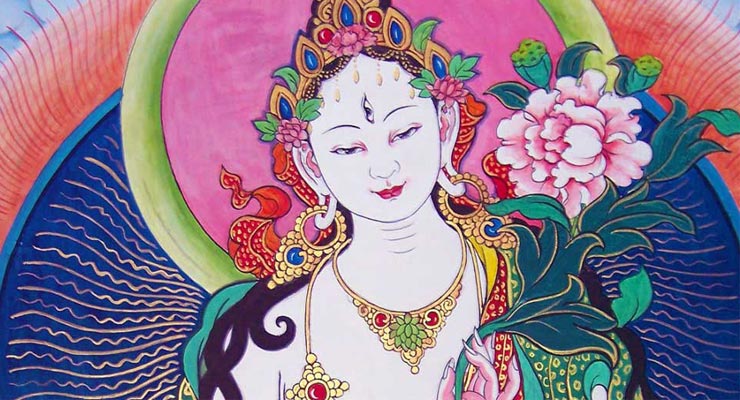 Compassion is the critical, central teaching of Buddhism, spirituality and, well, of living a good life in general. Here’s a primer on exactly what compassion is, and how to generate it.

Compassion is a key. It will break you apart and make every single lie of Western materialism come falling down like scales from your eyes.

Compassion is engendered simply: Put yourself in the other person’s shoes. See through their eyes. Try to feel what they feel, imagine what choices they made to put them where they are. With no value judgement. Simply feel what it is to be the other person. Understand that, in their shoes, you might well have made the same decisions. Understand that, beneath the mask, they are exactly the same as you: a raw consciousness moving through time. Different conditioning, filters and interpretations of sense inputs than you, but same raw consciousness. Same in-breath, out-breath.

Now take every shred of pity that wells up in you and stamp on it. YOU are no higher or better than them. You simply wear different veils. There is no difference. It has NOTHING to do with pity or feeling sorry for somebody, that only props up your own ego and sense of separateness. That’s a pat on your own back. Compassion is about understanding radical, fundamental equality with other beings at the level of consciousness.

A few days ago I was riding the subway home from work. A man got on frothing at the mouth, wearing green hospital fatigues and screaming that he needed money for lithium. He had no insurance, or couldn’t interface with the system properly, or something. But he was screaming for lithium and crying again and again, “I’m not trying to get high, it’s not that kind of a drug. I just need lithium.” Like a human demilitarized zone. Well, imagine being in that position. Anybody could be with just the wrong chemical combination. Easy to feel compassion. Same consciousness as me. Different decisions, different circumstances, same consciousness.

Another day, during a subway rush hour, a guy got on and started fast talking everybody and drawing the tired workers into a craps game. People huddled around as this shark skillfully worked everybody for ten bucks here and ten bucks there. As soon as somebody lost, another man would come in and bid a twenty and win forty back, encouraging the others to keep trying, and losing. So both the con man and the guy who was winning got off at the next stop and we noticed that they were standing against the wall waiting for the next train so they could roll the next unsuspecting bunch. Compassion? Well, they were crooks, and I wasn’t going near them, but they were entertaining ones, and can you imagine that being your job? Same consciousness. Different decisions, different circumstances, same consciousness.

Once I was on the subway, years ago, on the way to a club, and a guy who decided I looked gay came up and punched me in the face as hard as he could, shouting something about fucking faggots before running off into the darkness of the subway stop. He got me right in the soft part of the cheek and so I registered it mostly as shock; if he’d gotten a bit higher or lower he would’ve broken something. The other passengers stared at me with their mouths open, not knowing what to do. I just sat there too. Did that just happen? Yes, it did happen. And that person is just the same as me. Different decisions, different circumstances, same consciousness.

We are one breath, one awareness.

Deep, radical equality does not mean we approve of any old behavior, or that we don’t protect ourselves from con artists or those who would hurt us. It just means that we understand that we are, in a certain sense, looking in a mirror. Having compassion for behaviors, ideas and patterns that hurt others, or allow people to hurt themselves, is what Chögyam Trungpa would have called idiot compassion, or “bleeding heart compassion” or even (as Pema Chödrön calls it) “enabling.” Even on the battlefield, as Krishna so forcefully reminds Arjuna in the Bhagavad Gita, we must never forget who our enemy truly is.

RELATED: This Zen Chant Will Melt Your Brain and Make You a Buddha

Slip too far into idiot compassion, and you may end by lighting yourself on fire or on a cross. But see past the masks and see people as what they are, this unknowable thing, this inscrutable featureless consciousness, this breath, and you’ll see yourself, and understand a bit more. It is the understanding of radical equality with others that allows clarity of action beyond the limited ego. It is this understanding which shatters the sense of separateness, slices through the haughty self-interest that tells you that you are fundamentally any better or (and this is far more subtle and hard to pull out) any worse than anyone.

We are all on this subway together, moving through time, and largely trying not to make eye contact. Same consciousness. Same breath. Different forms, weird costumes.

See the others and see yourself.