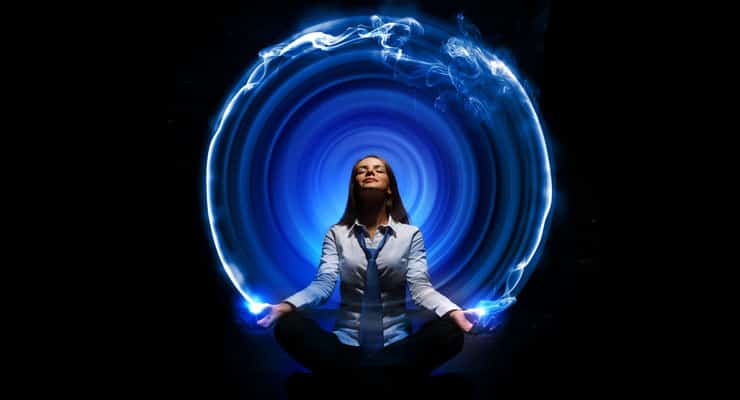 Spiral Dynamics, popularized by the consciousness theorist Ken Wilber, is a map of how human beings and human cultures evolve through different stages of consciousness—much like the chakras, or Tim Leary and Robert Anton Wilson’s 8-Circuit model. Is it our best possible map of evolving to higher states of consciousness?

If you’ve ever felt like the whole world is just on the verge of making sense, you are not alone. Ken Wilber has spent his entire life working on pulling together a “theory of everything,” and fitting together every type of human thinking in the world into one giant map. His hope: to create a way of looking at the world that would reveal even disparate points of view to be part of a greater whole.

One big idea that helped Ken Wilber unlock his work is a theory called Spiral Dynamics—inherited from Don Beck and Clare Graves—that maps out the stages of consciousness that individuals and even cultures evolve through, from pure survival needs to enlightenment. It can be a useful map for figuring out where you, or the people around you, are at.

This is the most basic level there is. The stuff at the base of Maslow’s “Hierarchy of Needs”: Food, shelter, water, warmth. Throw in a little sex. Self-awareness is barely there. (Of course, if your survival needs aren’t met, you can just write off everything that comes afterwards.)

Animal and ancestor spirits, curses, magical spells. This is what people talk about when they talk about “magical thinking,” and mean it in a negative way. (Move far enough up the Spiral, and maybe your viewpoint will change on that note.) Sports teams and corporations use this way of thinking every day to keep their “tribes” together and focused on beating other “tribes.” It often works.

The Self starts to exert its influence, which can be a doozy. At the society level, the Gods show up in all their Olympian glory, while feudal lords exert their “might makes right” power on the masses. In the modern world, we see the Red phase in self-centered celebrities and two year olds. It is here that the impulse to question everything, especially one’s place in the world, is born.

On a societal level, we step up from feudal kingdoms to religiously ordered empires. Right and wrong aren’t squishy ideas up for debate. They are hard truths written down in books. A membership in the right group can give the individual the keys to power. Finding your role within the greater whole is your mission in life.

It’s time to DISRUPT! Here comes the level where rational thinking reveals the natural laws of the world. And you can’t argue with Natural Laws! This is where Adam Smith draws the rules of Capitalism from the marketplace, and Karl Marx derives his theories of Communism from the drama of the Industrial Revolution. Career politicians, Wall Street financiers, supermodels and social media analysts alike all excel under an Orange world view. Of course, so do hackers, activists, and organizers. If you can wield your intellect, you too can play the Orange game.

6. Green: Egalitarian (The Sensitive Self)

Cold rationality starts to give way to warm network thinking. Everything is relative, and everything is connected. Green is a postmodern world view that values diversity in both a social and biological sense. Wilber points to a “mean green” trend that looks a lot like internecine parts of the Culture War. This makes the Internet a less-than-hospitable place as the uninitiated navigate the latest in socially aware terminology. Green thinking as a whole, however, means that everybody means well, even if they can’t quite see how it all fits together.

As Ken Wilber likes to point out, each step up the spiral builds on the others. The further down the spiral you go, the more fundamental the level is, the higher up the more it signifies. You couldn’t just wish away, say, the whole “Red” level without knocking down the rest of the spiral. It’s a developmental stage, something that societies go through on their way further up the chain. Each step is supposed to “transcend but include” the step below. The kicker: the same is true for people.

People and societies near the top of the chain are able to contain more points of view than the ones below, but it takes a big leap into the Second Tier of the Spiral before people really start seeing the value in all those conflicting points of view.

Here’s a (very) basic breakdown of the Second Tier of Spiral Dynamics:

The world is an interlocking series of systems. Some hierarchical, some not. This level values both spontaneity and excellence, egalitarian values and meritocracy. Yellow thinking means not only knowing that the Spiral exists, but basing actions on that as well. The creators of the theory believe that very few people—as little as 1% of the world—operates from this point of view.

At this level of the Spiral, everything can be seen in its right place. Systems are consciously woven together to make a better whole. Different tiers of interaction are detected at once, with the Turquoise view being a flow-state that would be seen as mystic in nature from points further down the Spiral.

If the Second Tier doesn’t sound as clear as the first, there’s a good reason: this way of thinking is still emerging. That’s part of the beauty of Spiral Dynamics—it points not just at the past, but towards future ways of thinking about the world. Suggesting that you are not, as some would believe, at the end of history but instead are part of a potentially endless wave of human evolution. 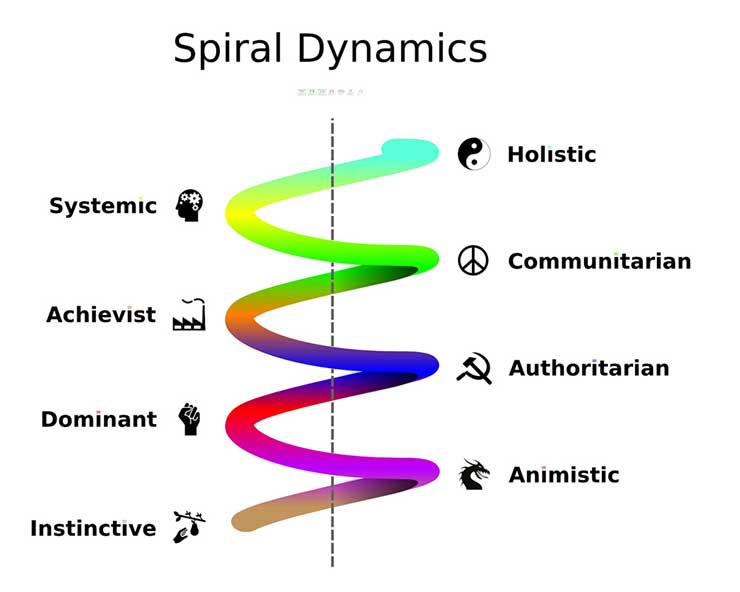 Wilber didn’t come up with Spiral Dynamics—it was built up by Don E. Beck and Cristopher Cowan from the pioneering work of developmental psychologist Clare W. Graves. Beck even acted as a consultant during South Africa’s reconciliation efforts post-Apartheid, using Spiral Dynamics to help heal a society’s deep wounds.