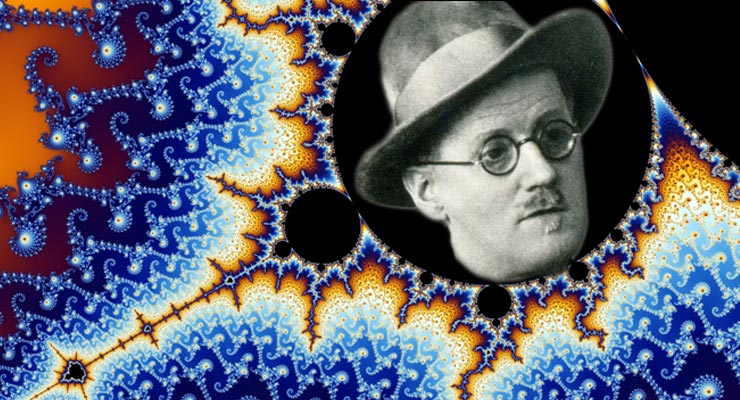 According to scientists at the Institute for Nuclear Physics in Poland, works of great literature have a mathematical structure in common: They’re fractals.

Researchers studied over 100 works of literature, including Finnegan’s Wake

, was well as texts by Dickens, Shakespeare, Dumas, Thomas Mann, Umberto Eco, Samuel Beckett, Henry James and many more. What they discovered was shocking: mathematical consistency, even that they were structured like fractals.

“‘All of the examined works showed self-similarity in terms of organisation of the lengths of sentences. Some were more expressive – here The Ambassadors by Henry James stood out – others to far less of an extreme, as in the case of the French 17th-century romance Artamene ou le Grand Cyrus. However, correlations were evident, and therefore these texts were the construction of a fractal’ said Dr Paweł Oświęcimka from the Institute of Nuclear Physics of the Polish Academy of Sciences, one of the authors of the new paper Quantifying Origin and Character of Long-range Correlations in Narrative Texts.”

The most complex work studied was Joyce’s Finnegan’s Wake

, the legendary and notorious final novel by the Irish writer that has baffled and fascinated readers and literary scholars for nearly a century, and which has often been seen as a kind of mirror or even prophesy of the breakdown in consciousness humanity underwent in the 20th century. (Parts of the book seem to predict, among other things, the invention of television; the quark particle was named after one of Joyce’s phrases, “three quarks for Muster Mark.”) Finnegan’s Wake was found to be a complex “multifractal,” or fractal of fractals, far surpassing any other studied work in mathematical complexity.

Again from the Guardian:

“The absolute record in terms of multifractality turned out to be Finnegans Wake by James Joyce. The results of our analysis of this text are virtually indistinguishable from ideal, purely mathematical multifractals,” said Professor Stanisław Drożdż, another author of the paper, which has just been published in the computer science journal Information Sciences.”

Other, albeit less complex, works that the researchers found multifractal structure in were A Heartbreaking Work of Staggering Genius by Dave Eggers, Hopscotch by Julio Cortazar, The USA Trilogy by John Dos Passos, Virginia Woolf’s The Waves, Roberto Bolano’s 2666 and, of course, James Joyce’s Ulysses.

Perhaps satisfyingly, Ayn Rand did not rank. (But then, neither did Proust.)

According to the researchers, this suggests that stream-of-consciousness writers actually “discovered” fractals and multifractals long before scientists did.

The writer and consciousness researcher Robert Anton Wilson, who spent much of his adult life looking for ways to enhance and “de-linearize” his consciousness—exploring psychedelics, general semantics, Aleister Crowley, Buckminster Fuller, G. I. Gurdjieff and many other avenues of weirdness—was long obsessed with Finnegan’s Wake as a kind of ultimate statement of non-linear, quantum thinking.

Yes, FW is what I call ‘The Good Book,’ and I’m only half joking.  To me it’s not only the greatest novel ever written, it’s the greatest poem ever written, the greatest detective story ever written, and the most entertaining work in all literature, and as William York Tindall of Columbia says, it’s the funniest and dirtiest book in the world.   People are intimidated by it.  If the publishers just had the sense to put on the cover, ‘the funniest and dirtiest book in the world – Tindall, Columbia,’ it would sell a lot better, and people would make the effort to decipher it.