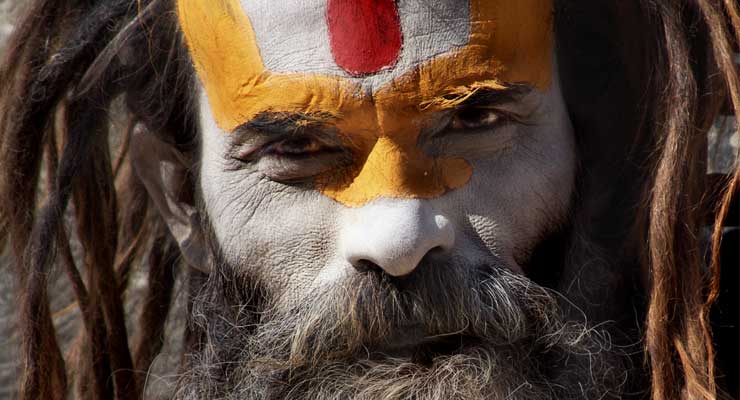 Forget the candles, incense and Deepak Chopra tapes: Embrace extreme meditation in extreme places, and confront the darkest places in your soul

Mindfulness meditation is quite trendy these days. Universities teach it as part of their student wellness programs. Lifestyle magazines tote it as a way to cope with stress and urge their readers to go on expensive retreats in upstate New York. YMCAs all over the US place it alongside their yoga and pilates courses, right after the jazz dance slot. Some might say that the whole concept of mindfulness has become a watered-down, New Age leisure activity for suburbanites, yuppies and human resources workers who need to figure out how to stop employees from quitting after the boss’ tempter tantrums. This may be the case in some circumstances, but it’s also true that mindfulness meditation can be empowering and mind-expanding if it’s practiced in an unconventional setting. So forget the lightweight stuff, and embrace extreme meditation with this non-sugarcoated list of five of the intense places to meditate in the world. 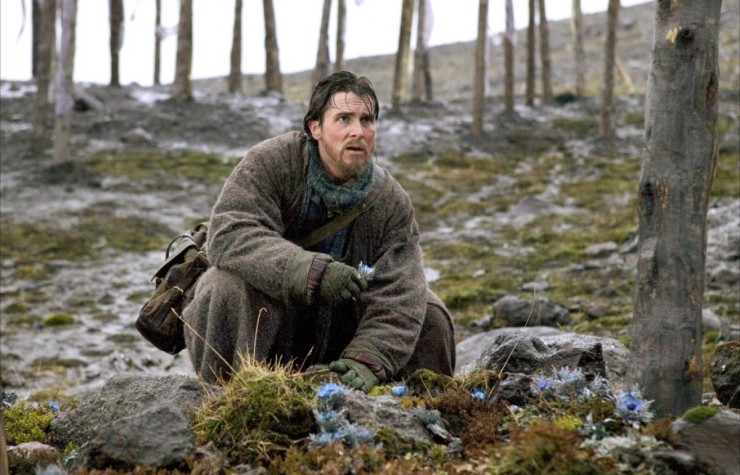 Bruce Wayne in “Batman Begins” via Warner Bros—buy it here.

Tummo (or “tumo”) is the extreme meditation practice of regulating one’s body temperature through breathing techniques and mental visualization. One of the first recorded westerners to cultivate tummo was Alexandra David-Neel, who wrote about her experiences in her book Magic and Mystery in Tibet. Another overview of the practice can be found in Tibetan Yoga and the Secret Doctrines:

“The neophytes sit on the ground, cross-legged and naked. Sheets are dipped in the icy water. Each man wraps himself in one of them and must dry it on his body. As soon as the sheet has become dry it is again dipped in the water and placed on the novice’s body to be dried as before. The operation goes on in that way until daybreak. Then he who has dried the largest number of sheets is acknowledged the winner of the competition.”

It seems like the stuff of legend, but the abilities of these Tibetan human torches have been confirmed by researchers at Harvard University.

Because of the advanced training required to master the technique, it’s probably best to not try it alone. 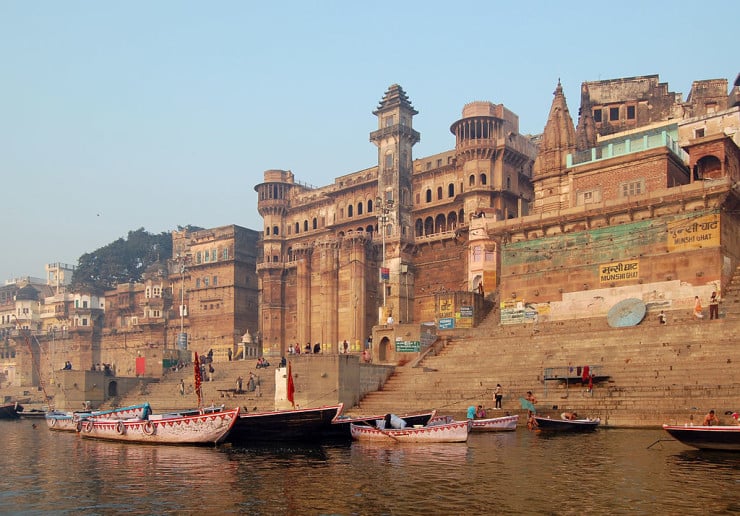 In his book Awakening the Buddhist Heart the American lama Surya Das recounts his experience of extreme meditation on the banks of the Ganges:

“Each evening a yogi friend and I would go to the stone steps of the ghat along the riverbank at one end of the city. There Hindus from around the globe would come to die and be cremated in their sacred river, as well as to watch the burning funeral pyres that illumed each night. The meditations I did at this awesome site were among the best I have ever experienced.”

Later Das goes on to remind his readers of the Buddha’s belief that death is an excellent guru. Extreme meditation in charnel grounds and graveyards features prominently in both Buddhist and Sufi literature. The rationale behind this is simple: if one can contemplate the macabre, one can better understand the circle of life and disregard the tendency to get overly attached to the superficial beauty of the physical body.

In many countries it’s illegal to go night-crawling in cemeteries, but that shouldn’t prevent you from visiting them during the day. 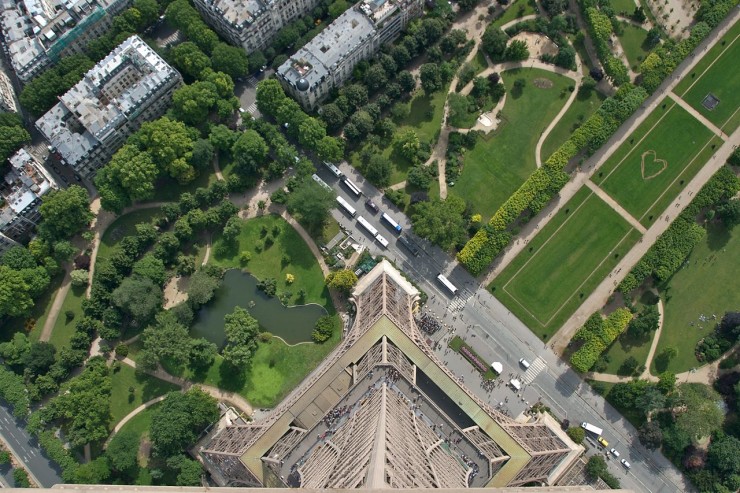 Looking down from the Eiffel Tower via Camille King

Anybody who’s ever stood on the observatory deck of the Statue of Liberty or ridden to the top of the London Eye knows what it’s like to watch what’s happening below. At that height, one can see everything there is to see: tiny people walking through different streets, cars going through and stopping at lights, boats coursing through the river. It’s a sensation of being “on top of the world.” The Buddha often used this extreme meditation experience to illustrate how an enlightened being thinks. Instead of observing things from a skewed perspective, the arhat is able to discern the complexities and entanglements of people’s lives and understand that everyone follows different paths. Climbing to a high place and looking down is one of the best ways to picture this microcosm of interlinking causes and effects. 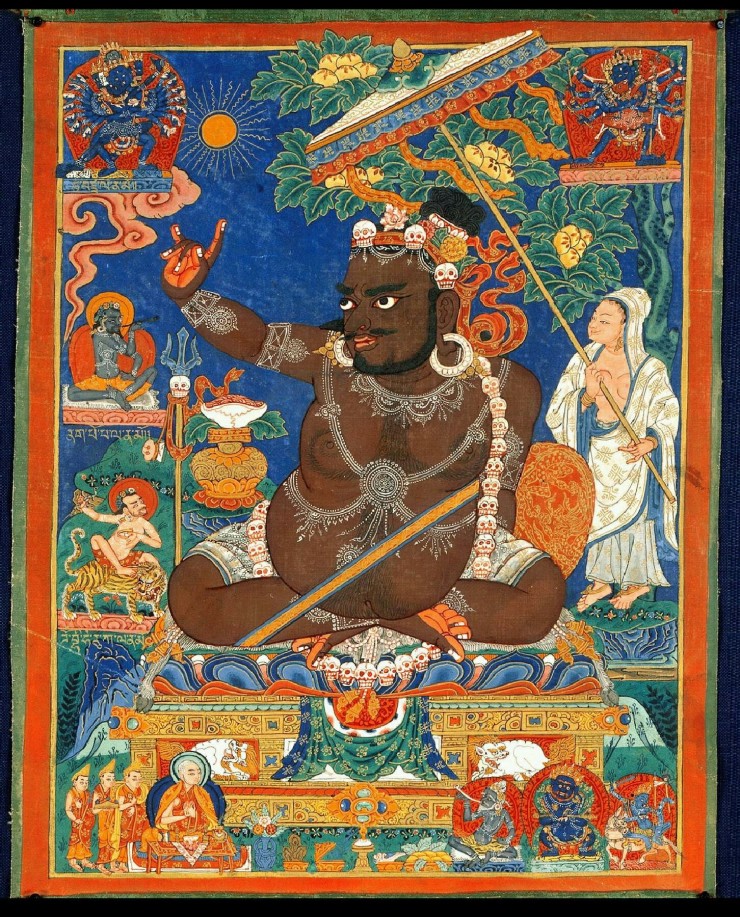 Virupa, God of Yoga via Eugene A

Ultraculture has an entire article devoted to the concept of lucid dreaming (and also an entire class). The main Buddhist principle behind the use of lucid dreaming for spiritual practice is the belief in the similarity between sleeping and the stages of death. Like sleeping, dying is a retreat into unknowingness and an entrance into a world of illusion. Unlike most people (who often don’t realize that they’re even dreaming), seasoned practitioners of dream yoga are able to attain complete awareness at will. This mastery over their thoughts gives them the upper hand at the moment of death, which occurs in a succession of dream-like phases. Instead of experiencing the standard “fade to black” death, these yogis attain a momentary hypercosmic look into the condition of all beings.

It may seem unusual to meditate at McDonald’s amidst exchanges of “How may I help you sir?” and “Can I get uh—a Big Mac?” Before you accuse me of writing this while hungry (I am), consider this: throughout the day, fast food restaurants are full of different kinds of people. Some drunk, some sober, some rich, some poor, some ugly, some beautiful. Any person can step through the door and purchase a meal as long as they’ve got the cash. Both Buddhist and Stoics would agree that places like McDonald’s are useful observation zones. The discursive meditator can start from the appearances of things and work his way to the baseline.

What am I eating? Why does it taste good? Where did it come from? Where are the customers coming from?

They’re simple questions, but the more questions a meditator asks, the more he or she begins to break down the arrangement of impressions, the gut feelings that make one believe things without examination. This is an exercise that’s closely related to the Buddhist concept of vipassana (insight or “clear-seeing”). Even something as simple as eating a hamburger can lead to an almost mystical experience if one asks the right questions.

Would I want to eat it if all the food were the same color? Would I enjoy it as much if I couldn’t see it? What about if I couldn’t taste it, or hear the chicken sizzling on the skillet, or smell the french fries roasting under the heat lights? And what if all the walls were painted neon green, and what if there was sewage on the floor?

Each question serves to disentangle an assumption about the pleasantness of the reality that being presented. But don’t take our word for it—give it a shot and see for yourself.

Have any more ideas for intense places to dive into extreme meditation? Let us know in the comments!