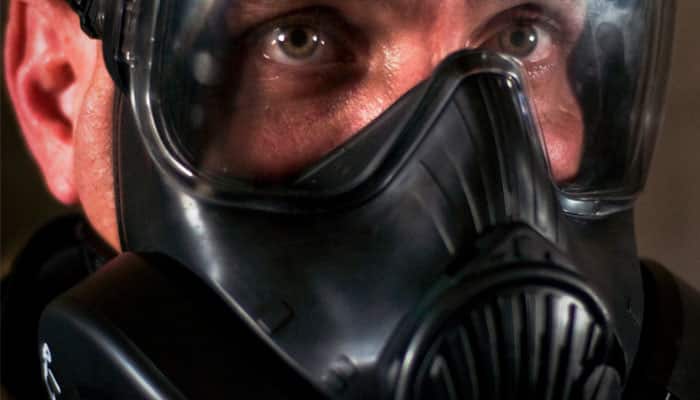 Psychedelics and spirituality can be used for the wrong ends when they fall into the wrong hands: From MK Ultra to the Aum Shinrikyo attacks to the CIA’s Project Stargate, here’s five times the forces of control and oppression have turned psychedelics, spirituality and the paranormal against the masses

We’re used to thinking of psychic techniques and psychedelics as liberators and plant teachers, spiritual aides and revolutionary assistance for the masses. But like any truly powerful systems and substances, they can also be used for evil. In order to fully appreciate the power these techniques and substances hold, and the respect we must afford them, it’s important to understand how they can be turned into weapons. From MK Ultra to Aum Shinrikyo to Project Stargate and more, here’s five cases in history where exactly that has happened:

Before LSD became the drug du jour of the flower power 60s, the CIA was all over it. Not being an intelligence agency renowned for their interest in peaceably expanding consciousness, they immediately got to using it for mind control purposes. Operation MK Ultra began in 1953 and sought to use hallucinogenic drugs such as LSD for a variety of purposes—ranging from torture to potential memory enhancement in CIA agents. The CIA administered huge doses of powerful hallucinogens, as well as radiotherapy and electroshock treatments, to unwitting subjects, hoping to break their minds and make them more compliant. Among their test subjects was young academic Ted Kaczynski, who would later go on have a mental breakdown and become the serial killer known as the Unabomber. These experiments would also help “inspire” the legendary Ken Kesey, author of One Flew Over the Cuckoo’s Nest, whose experience with LSD in MK Ultra trials would lead to his promotion of the drug and his work to water the soil of the germinating hippie counterculture.

We now move on from the CIA to that shadowy organization’s favorite playground: South America. Scopolamine is a deliriant drug that, when used in large quantities, can effectively override free will. It leaves the recipient in a shuffling, zombie-like state, under the command of their attacker. The victim will have no memory of their actions under the drug when they eventually break from their delirious haze a number of days later. Scopolamine—referred to as “The Devil’s Breath” and “The World’s Scariest Drug”—has been used by Colombian criminals for years.

Attackers will blow the powdered drug in someone’s face, leaving them in a susceptible trance, from which they can be forced to withdraw funds from their bank account, completely unaware that they are handing their cash to criminals. 2012 saw over 1,000 cases of scopolamine and other “zombie drugs” (usually deliriants such as Salvia divinorum) being used for this purpose. Next time you wake up on your couch with a fuzzy head and empty pockets, you might want to give your bank account a peek.

In 1995, Japan fell prey to one of the most deadly domestic terror attacks in the history of the developed world. The powerful chemical weapon sarin was released on the Tokyo subway system, killing thirteen people and injuring a further 6,000. The victims continue to suffer from migraines and blindness—years after the incident.

The responsible party was Aum Shinrikyo (“Supreme Truth”), a cult that had gained popularity in Japan by combining a hodge-podge of Eastern esoteric yoga with apocalyptic Christianity, all tied together by the charismatic influence of cult leader Shoko Asahara. Their beliefs captivated young Japanese spiritual seekers, who were disillusioned with the money-obsessed materialism of Japanese society. By undertaking intense yoga regimens, cult members believed that they could achieve spiritual enlightenment—however, violent acts by the group, as well as their own internal structure, began to provoke controversy and criticism; Aum hoped that the deadly sarin gas attack would go unexplained and would actually draw the Japanese authorities away from greater investigation into Aum’s operations. This crazy plan went about as well as one would expect, and leader Asahara was sentenced to death by hanging in 2004.

Religions and systems of spirituality can develop in a truly beautiful manner, growing organically outward from texts, practices and beliefs like unfolding spring flowers. But they can also be rigidly imposed and encouraged by those who have something more than enlightenment in mind—those more interested in supplication and control. This was often the case with the Japanese spiritual system known as Shinto. Shinto is a varied and dynamic belief, eschewing rigid texts and doctrines for the flowering informality of a multitude of regional practices and gods.

But in the late 20th century, the emerging forces of Japanese imperial fascism saw something they could use in Shinto. The new spiritual system, which was just beginning to fully distinguish itself from Japanese Buddhism, was encouraged and codified by the Japanese Imperial state, who saw this native Japanese faith as the perfect way to get across their beliefs about Japanese racial superiority. Shinto shrines became state protected and dedicated to the cult of the Emperor as a descendent of Japanese gods—a creed that was brutally enforced. In this way, a fascinating and eclectic spiritual tradition was mutated into a militaristic ideology, and it wasn’t until the end of the war that Shinto was once again freed from state control.

The Cold War was a breeding ground for all sorts of paranoid and crazy experiments. The specter of the “evil commies” or “evil capitalists” (depending on your side of the fence) was a huge driving force in funding strange new weaponry and forms of espionage. The Stargate project was developed by the US military during the Cold War, which funded research into the military application of psychic and paranormal abilities, such as seeing the future and astral projection. The excellent book The Men Who Stare at Goats by British journalist Jon Ronson (and the subsequent film) were all based on these attempts to create psychic super-soldiers. However, such attempts were spurred on by intelligence reports that hinted at Soviet efforts to utilize psychic abilities for military purposes. The USSR was said to have been intrigued by “remote viewing,” a psychic ability which humans can supposedly develop to gain impressions and visions of distant objects and landscapes.

This Ultraculture article suggests all kinds of new mind control weaponry the “powers that be” are rolling out. Who knows what they’re working on in secret?

Ultraculture specializes in offering tools and techniques for psychic protection—check out our full course in Practical Psychic Protection to learn techniques to shield your mind from interference. Just a few applied techniques can make you feel much, much, much more grounded and centered in a world full of dispersion and mental chaos.