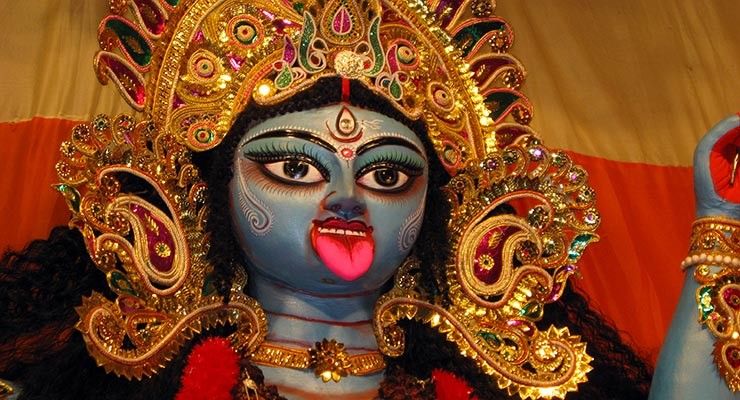 Ever wondered why our pre-historic ancestors sat in the dim-lit caves of Southern France drawing and carving the female vulva, one of the most sacred symbols of the divine feminine?

Simple: Since the birth of human civilization, the divine feminine was venerated. The female womb was a sacred space for alchemy.

Mysticism predates religion. And nature precedes all. Womanhood epitomizes nature in its most significant role of creator. Even as humanity was birthed on this planet, it realized that the earth was a living organism, a mother that went through cyclical birth, growth, death and regeneration. Nature subsumed religion. Nature was the mother, and the only religion then extant.

Across many cultures, this creative and nurturing aspect found personification as the Indian Lakshmi or Kali, the Egyptian Isis, the Greek Venus, the Celtic Epora, the Native American Spider Woman, the Sumerian Inanna, the Chinese Kuan Yin, the Japanese Ameratsu, the Tibetan Tara, the Judaic Sophia and the Scandinavian Freya.

Throughout prehistory and history, these female archetypes were super-beings and supermodels, associated with fertility, procreation, harvests and mystic rites.

Being matricentric meant being steeped in alchemical rites and rituals, practicing astrotheology, and having pagan, Hermetic and occult leanings. From baking bread for the home to weaving robes to crafting sacramental votive pottery for chakra (circle) ceremonies, these societies subsisted on super-abundance and earth-centric living, and followed a holistic lifestyle, in creative quietude—all features of a thriving gynocentric setup.

The matrifocal lineage was valued, and because of it, there was a conspicuous absence of male dominance, slavery, subjugation and warfare. Men were treated as equals, being highly valued for their virile strength. As archaeologist and author Marija Gimbutas puts it, these sophisticated societies were more matristic as opposed to feminist, for they followed an egalitarian gender model, where they used the masculine force as a protective and secure refuge, while revering the earth and nature simultaneously. A harmonious balance of opposites was in effect, which was pivotal for peace and positive progression.

It was evident in these people’s lifestyles, archaeological validation of which has survived, that life was creative, compassion-filled, stable and arty—for the simple reason that it was gynocratic.

And then came the lust for power and possession, and the poison of patriarchy.

From the practice of parthenogenesis of priestesses to the cultivation of love, sensuality and surrender in the temples, all that was sublime, female and high was reduced most anti-climactically to the rubble of prostitution, property and patriarchal subjugation. With the surging invasions of nomadic and barbaric tribes, the role of the divine feminine was driven to the back and into the underground. So intimidated and jealous were the plundering groups of the exalted position of womanhood that the female was violated in every possible way, and her freedom and independence totally curbed—her status being reduced to a lesser citizen.

These invasions quickly wiped out the pre-ancient wisdom lines, and ushered in an era that never really ended: The age of the patriarchate. From empires to ecclesiastical establishments to militaries and today’s corporate giants.

Did you watch the news today or catch the headlines online?

Is there any space for intuition, healing, wisdom, surrender and nature anywhere—even between adverts?

We have become such experts at wielding power over the weak that we asininely refuse to accept our limitations as non-existent, or care to realize that there is a higher power available, should we but choose to access it.

From Paleolithic art honoring the Mother Goddess through the depiction of vulvas to the later sacred geometry of temple architecture, still standing today, the womb gapes at us as the vesica piscis (divine birth canal) in the centre of the flower of life motif. These carvings of voluptuous-breasted Venuses with corpulent bellies in clay, bone or stone, found in caves or atop mountain summits, in the open air or in shrines, symbolize the celebration of all that is female: menses, pregnancy, childbirth, lactating and sensuality. They represent everything transformative, divine, creative, esoteric and alchemical—even returning to the womb from which humans once sprung.

So next time you see someone with breasts and vagina… think again of whatever it is that you’re thinking. Honor the divine within her as potential, and return to the pre-patriarchal wisdom of yore—that which was not feminist, for it was as raw and natural as nature, so that today and tomorrow is a better place for all of us.

Katyayani Chowdhury is an author/ freelance writer. Her debut trilogy "Shunyata" will be available on Amazon Kindle in March. She lives in Kathmandu, Nepal.