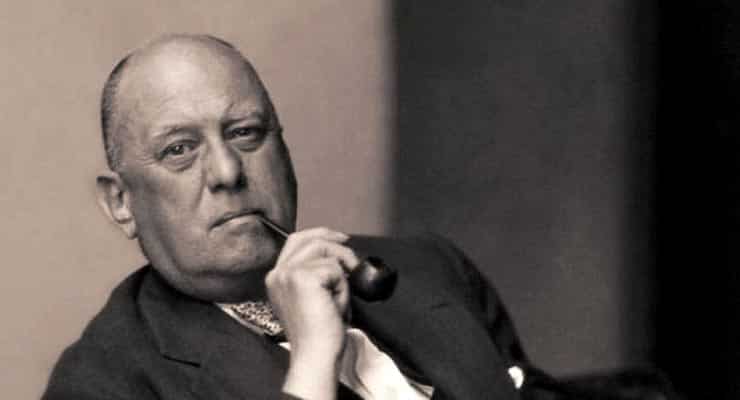 The Ultraculture Podcast returns to life with a conversation with Tobias Churton, author of “Aleister Crowley: The Beast in Berlin”

It’s been a long hiatus—about a year—since the last episode of the Ultraculture podcast. Now that we’re a bit more settled from expanding into a full business, it’s time to get it going again—and I have to thank scholar and biographer Tobias Churton for giving me the chance to get going again, and Inner Traditions for making the connection. Churton’s new book is Aleister Crowley: The Beast in Berlin, which charts Crowley’s Berlin years where (similar to Bowie and Iggy Pop’s later Berlin years!) he found himself in the most cosmopolitan and artistic city in the world, and also found himself, shockingly, actually fitting in. This is the period where he reinvented himself as a painter, interfaced with local occult groups, and found a new vigor for life.

Tobias Churton: The Beast in Berlin

From my previous review of The Beast in Berlin:

Churton’s The Beast in Berlin, then, is [Churton’s] second biographical take on Crowley, and focuses on a little-covered period of the Beast’s life. While jaunting about Berlin in the pre-war “decadent” period that has become regarded as an immense engine of culture that was later suppressed by the Nazis as they rose to power, we see not Crowley the early spiritual adventurer but Crowley as a now-broke man (his family funds had been exhausted) trying simultaneously to generate some new kind of revenue for himself as well as trying to extend his occult empire.

Crowley had by this time inherited stewardship of the English branch of the Ordo Templi Orientis, a German occult society that probably consisted of very, very few members during his time (legal proceedings in the 1980s found that the OTO existed as little more than a thought in Crowley’s mind up to his death, with only a scattered handful of adherents). Crowley had taken the order’s central secret—the use of sex for magick—and reformulated its pseudo-Masonic degrees around his channeled Book of the Law and self-created religion of Thelema. (Following the 1960s, the OTO was reformulated by a later generation as a worldwide religious body, with an incredibly labyrinthine and legally messy backstory.)

We had a great conversation this morning about what Crowley was up to and, most importantly of all, exactly what he has to say to the modern world. I hope you enjoy listening the conversation as much as I enjoyed having it!

For a comprehensive look at applying Aleister Crowley’s Thelemic magick to modern life, check out Ultraculture’s online course Unlock Your True Will.

(To make sure you get future episodes of the show in a timely way, please subscribe to the Ultraculture podcast at iTunes, here!)