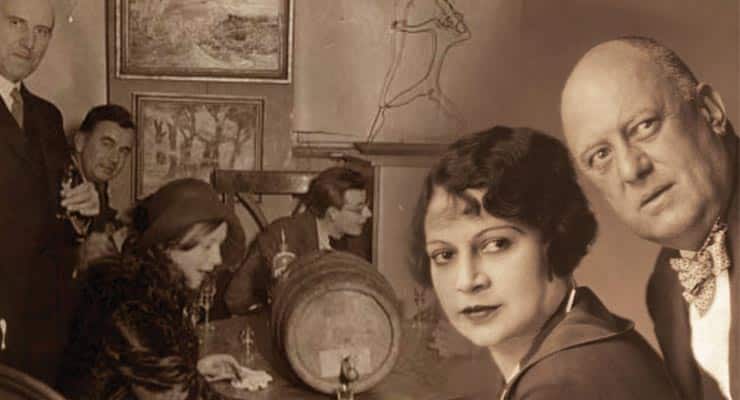 “The Beast in Berlin,” a new Aleister Crowley biography from Tobias Churton, focuses on Crowley’s “lost years” in Weimar Republic-era Berlin, as the Great Beast struggled to build an art career, all the while trying to get himself elected “pope” of the occult world

Thanks to Inner Traditions for sending me Tobias Churton’s new Aleister Crowley biography Aleister Crowley: The Beast in Berlin—Art, Sex and Magick in the Weimer Republic. It’s a fascinating take on Crowley’s “lost years” in Germany, from 1930-32, in which he tried to promote himself as an artist to the “degenerate” scene and liaised with German occult groups before hastily departing as Hitler rose to prominence.

It’s been remarked that any given Aleister Crowley biography will fall into one of two camps—ones that rabidly attack him, or ones that worship him. Crowley’s reputation as a kind of Satanic symbol for Everything Bad in the World, for instance, stems not just from yellow press coverage of him during his lifetime (of the same type as, say, Gawker attack articles) but also due to his early biographers, like John Symonds, who painted him in an incredibly negative, Hammer Horror-style light. Later attempts, like Israel Regardie’s Aleister Crowley biography The Eye in the Triangle, presented the man from the perspective of adoring acolytes. 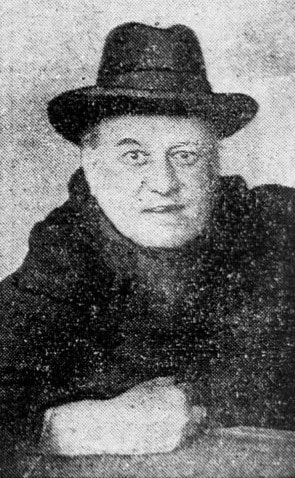 Crowley in 1929, shortly before his Berlin sojourn.

Neither perspective is particularly comprehensive or fully helpful in understanding one of the most complex individuals of the 20th (or any other) century—a man who encompassed both the heights and depths of human aspiration, bridged the gap between the Edwardian period and World War II, and was involved in activities as far-ranging as occultism, poetry, mountain climbing, chess, political espionage, art, experimental theater, drugs, the queer world and many, many more. Crowley was a spectacularly active, and bizarre, individual—a kind of mutant or evolutionary outlier who presaged Sixties consciousness several decades early, as Churton points out. Crowley’s personality, in fact, seems to embody many of the ongoing trends in Western culture; he is a kind of spirit of the age.

It’s no wonder, then, that as the study of Western esotericism emerges not only into popular acceptance but into mainstream academia, that Crowley is getting a bit of a renaissance. Three earlier attempts at crafting the definitive Aleister Crowley biography – Churton’s previous Aleister Crowley: The Biography, Lawrence Sutin’s Do What Thou Wilt and Richard Kaczynski’s Perdurabo – have sought to cut through much of the hyperbole and present a more objective view of the man. And while both Kaczynski’s and Churton’s work falls solidly into the “hero worship” camp (Kaczynski is a member of the modern revival of Crowley’s OTO organization, and Churton, while independent of affiliation, makes no secret of his unabashed admiration for the man), the current crop of biographies have not only provided a much clearer look at Crowley, but have also successfully dispelled many of the more egregious and “Satanic” rumors of his misconduct.

The Crowley that has emerged from this biographical renaissance is a much more human figure: Less a Satanic Bond villain and more of a kind of restless trustafarian bohemian, a quickly-bored man of incredible intelligence and overinflated confidence flitting from one activity to the next in life without finding much of a place in the world, or material success, all the while relentlessly being drawn back to pursuing the occult path that he would eventually come to be regarded as a symbol for. (And his contributions to the occult—still an incredibly niche interest—were, and remain, the high-water mark in that charlatan-haunted field.)

Churton’s The Beast in Berlin, then, is his second Aleister Crowley biography, and focuses on a little-covered period of the Beast’s life. While jaunting about Berlin in the pre-war “decadent” period that has become regarded as an immense engine of culture that was later suppressed by the Nazis as they rose to power, we see not Crowley the early spiritual adventurer but Crowley as a now-broke man (his family funds had been exhausted) trying simultaneously to generate some new kind of revenue for himself as well as trying to extend his occult empire.

Crowley had by this time inherited stewardship of the English branch of the Ordo Templi Orientis, a German occult society that probably consisted of very, very few members during his time (legal proceedings in the 1980s found that the OTO existed as little more than a thought in Crowley’s mind up to his death, with only a scattered handful of adherents). Crowley had taken the order’s central secret—the use of sex for magick—and reformulated its pseudo-Masonic degrees around his channeled Book of the Law and self-created religion of Thelema. (Following the 1960s, the OTO was reformulated by a later generation as a worldwide religious body, with an incredibly labyrinthine and legally messy backstory.)

Crowley’s schemes during the Berlin period included not just bringing German occult bodies like the Fraternitas Saturni (one of the most bizarre collections of extreme weirdoes ever) under his banner of Thelema but also trying to get the Theosophical Society to declare him the World Teacher instead of Jiddu Krishnamurti. (Krishnamurti was an Indian boy raised by the Theosophists and groomed to be the messiah of a Theosophical new world order, a mantle he completely, and impressively, refused, going on to teach his own renegade form of non-dual spirituality. It’s very possible that Krishnamurti was sexually abused by his keeper C. W. Leadbeater, an avowed pedophile, which may well have had something to do with the split.)

Crowley as occult pope would certainly have been a shocking turn in the history of the New Age movement, but it wasn’t in the cards—Aleister carried the same general reputation then that he does now, even if the people accusing him of being a “black magician” were, or were harboring, pedophiles. Psychological projection is funny that way, especially when you consciously make yourself a target of psychological projection, as Crowley did with his self-promotion of himself as the Great Beast 666. Crowley had played similar games in Detroit around 1919, which met with the same tangled and ultimately ineffectual reception as his Berlin efforts.

Reading about the pre-war occult underground is fascinating—and while the David Icke-sters of the world might be quick to paint Crowley as somehow in league with the forces that would become the Third Reich, it’s worth noting that Crowley not only hated Hitler (after an initial fascination, as Hitler began to show his true colors) but that most of the German occult world, mainstream Freemasons and fringe Masons alike, would be thrown into concentration camps as the Nazis ascended, including Crowley’s “second-in-command” Karl Germer, who would survive and later emigrate to California to carry on Crowley’s teachings (to the extent that he still cared about wrangling young spiritual seekers after facing the trauma of the camps, which wasn’t much). Crowley himself would suffer most of WWII, and the Blitz, in a rest home in Hastings, where the constant air raids would give him agonizing asthmatic panic attacks that only heroin, at that point the only real treatment for asthma, could quell (treatment for asthma was the source of Crowley’s addiction).

It’s hard not to empathize with Crowley as portrayed in the book—a man possessed of more radical intelligence than most before or after, who probably came off a bit autistic in his time, dealing with constant trouble, power games and consistently overestimating both people’s intelligence and integrity. Though he stands so far above both the Theosophical movement and its heirs in the New Age and Neopagan Revival, much of Crowley’s life was overshadowed by his troubles with money, students, the press and local governments—all of which consistently seem to thwart him in his latter years. Despite all that, he left a body of work, and philosophy, of unparalleled clarity and value. But in Aleister Crowley: The Beast in Berlin—Art, Sex and Magick in the Weimer Republic, we get a better look at Crowley not as a symbol, but as a man of his time. The Beast in Berlin is an excellent Aleister Crowley biography, and crucial to understanding an often unexplained period. Highly recommended.

In the video below, Churton gives a very clear and level-headed talk on the Great Beast at Watkins Books in London, and gives a good appraisal of Crowley, both dispelling the superstition and hysteria that surrounds his legacy as well as very good-naturedly fielding loopy questions from the audience on subjects like the Montauk Project.

For a comprehensive look at applying Aleister Crowley’s Thelemic magick to modern life, check out Ultraculture’s online course Unlock Your True Will.