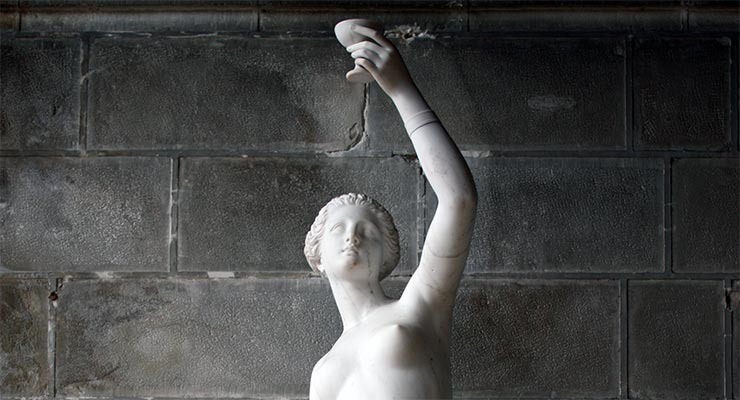 Are we close to an immortality pill? Here’s five ways humans might be able to achieve their age-old dream of finding a way to live forever

Advances in biology, medicine, and computing have created an environment where a thorough exploration of life extension, the possibility of cellular immortality and even the idea that we might be able to live forever is feasible.

In the past, the idea of human beings who could live forever fell into the realm of science fiction or folklore. Many thinkers of antiquity assumed that death is a constant, inevitable aspect of existence. After the discovery of DNA and the genome, however, clues from the animal kingdom demonstrated the evolutionary existence of immortality.

Negligible senescence, the lack of cellular aging, has been observed in a microscopic, fresh water dwelling creature called the Hydra. Other creatures, including flatworms, some turtles and jellyfish, also show characteristics of negligible senescence. These demonstrated the real possibility of cellular immortality for animals, that animals might live forever, and gave insight into the mechanisms that lead to aging in humans.

The Two Mechanisms of Aging, and How We Might Disable Them to Live Forever

There are two probable mechanisms that cause aging. Free radicals, highly reactive molecules that are formed by some cellular processes, cause cellular damage in high concentrations. These cause many of the symptoms of aging associated with the death and degrading of cells, from wrinkling skin to organ failure.

The second mechanism is the telomere, a protective “end cap” on DNA strands. As human cells divide, the telomeres become shorter if there isn’t enough of the enzyme telomerase to repair them. Once it has fully degraded, the cell cannot survive. Some negligibly senescent flatworms have limitless telomeres because they possess highly proliferative stem cells.

RELATED: 5 Ancient Legends About the Secret of Immortality

In the past ten years, there has been an explosion of new research foundations dedicated to life extension and helping humans live forever. The Methuselah Foundation and the SENS Research Foundation are pioneering academic research. Google’s new company Calico, founded in 2013, will focus on technologies that increase understanding of the biology of aging. Human Longevity, Inc., a company started in 2014, is focusing on genomics and cellular therapy as methods for life extension. Here are some of the major advances towards negligible senescence in humans.

Rapamycin has been on the market since 1999 as a drug to suppress the immune system after an organ transplant and prevent rejection. It was discovered in the 1970s from a soil sample in Rapa Nui (Easter Island). In 2006, it was posited to have life-extending properties after experiments with yeasts and worms. In 2009, the testing advanced to rodents. Mice fed Rapamycin saw an increase in lifespan of up to 14%. In human terms, a 14% increase in lifespan is approximately 12 years. Even mice who were only given rapamycin late in life exhibited this increase. While rapamycin is an immunosuppressant, it may also repair some of the degradation of the immune system that accompanies aging.

One major drawback of Rapamycin as an anti-aging drug is its potential for causing diabetes. It can lead to a buildup of fatty acids that causes insulin resistance, making it difficult for cells to metabolize sugar. Diabetes is already a major contributing factor to age-related mortality in modern humans. As rapamycin research advances, scientists are hopeful that it can be part of viable life-extension therapies when paired with anti-diabetic treatments.

Gene therapy is the introduction of artificial or engineered genes into an organism. One study focused on the enzyme catalase in the mitochondria of mice. Mitochondria generate ATP, the “power source” of cells. Catalase protects cells from oxidative stress and damage from free radicals. By increasing catalase in the mitochondria of mice, the lifespan increased by 20%. Another study extended the lifespan of mice by over-expressing the SIRT6 gene. The SIRT6 gene is vital in regulating telomere maintenance and inflammation.

RELATED: What Happens When We Die? A Comic Book Guide to the Afterlife

The most impressive example of genetic modification for life extension occurred in the nematode C. elegans. Scientists manipulated two genetic pathways, IIS (involved in insulin signaling) and TOR. TOR, or Target of Rapamycin, is a protein that was discovered in conjunction with the drug Rapamycin. In these modified nematodes, lifespan increased 500%. This is the equivalent to a human living 400 or 500 years. The IIS pathway alone increased lifespan by 30%, while the TOR alone increased it by 100%. Together, they caused a synergistic reaction that led to the much greater overall increase.

Astragalus is a shrub genus native to the northern hemisphere. Many species of Astragalus have a history of usage in traditional systems of medicine in Asia and the Middle East. In traditional Chinese medicine, Astragalus is believed to reinforce qi—the vital life force—and strengthen constitution, promote the discharge of pus, and encourage tissue growth. This information may be thousands of years old, but it may not be far from the truth.

Astragalus contains the chemical cycloastragenol. Scientists and pharmaceutical companies are working with this chemical to develop a telomerase activator. Initial research shows it is possible for cycloastragenol to fight HIV, infections, and age-related decline. Immune cells exposed to cycloastragenol seem to increase telomerase production, and are better able to maintain their DNA over time.

A 2007 study found that sufficient concentrations of vitamin D are correlated to extended telomere length in immune cells. Vitamin D inhibits inflammatory (reduces inflammation) processes associated with cell division and stress. This allows cells to divide more times without significant reductions in telomere length. Those with the highest concentrations of vitamin D showed cells that appeared up to five years younger than participants of the same age with less vitamin D.

RELATED: How to Make Your Own Bulletproof Coffee (Without Breaking the Bank)

Vitamin D enhances the absorption of minerals through the intestines. It can also be synthesized in the skin through exposure to sunlight. While it does not appear in high concentrations in many dietary sources, it can easily be supplemented. Dosage recommendations differ by country, and in the US range from 400-800 IU per day. The highest doses per day a human can tolerate without probable negative effects are 4000 IU per day for healthy adults.

Telomeres and free radicals aside, there is one integral aspect of human existence that causes aging: the limitations of the physical body. All aspects of age-correlated death relate to physical processes within the body and cells. The exact nature of our mind, its physical location, and the degree to which it’s tied to our body are debated. Nothing about physics, however, would suggest that it is impossible for the mind, as information and awareness, to be preserved beyond a physical body. By uploading the mind to a computer, a form of immortality would be achieved, as the computer can be indefinitely repaired or the mind could replicate itself across multiple computers on a network.

Some believe that by encoding the brain into an exact software replica, it would be able to function as a preserved consciousness. The only limitation preventing real research in this field is the current state of computing power. In order to fully simulate a human brain, 36000000000000000 FLOPS (Floating Operations Per Second) of computation power would be required. The average commercial computer in 2010 functioned at 147000000000 FLOPS. While the difference still seems vast, IBM’s Sequoia supercomputer nearly reached the power to replicate a brain in 2012. By 2018, it is likely that this scale of computing will become common, allowing full-scale simulation of the human brain.

These are only some of the ways that humans might live forever. There’s no telling what may happen as technology advances in the coming decades. Let’s hope we’re around to see it!