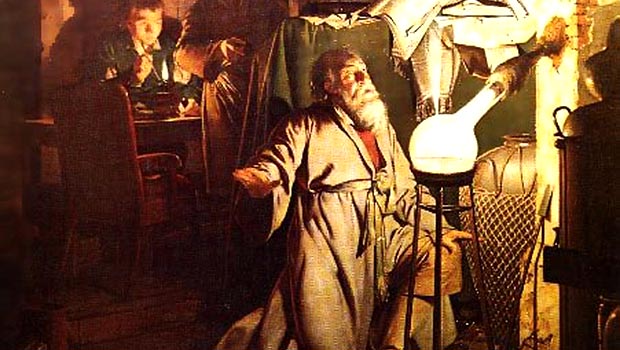 Mortality (and the lure of immortality) has tormented our consciousness since the first human witnessed death and realized his or her own eventual demise. The inevitability of death and speculation upon the nature of afterlife has always been an object of obsession for mystics and philosophers. For many cultures, mortality is one of the major qualities that separates humanity from the Gods. While humans are born, subjected to the will of nature and die, the gods of the ancients and the gods of today are usually characterized as immortal; immune to the darkness that awaits every man and woman. Naturally, the earliest storytellers and holy men dreamed of ways to achieve immortality as well.

In mythologies around the world, humans who achieve immortality are often regarded as gods, or as possessing god-like qualities. One of the earliest works of literature, the 22nd century B.C.E. Epic of Gilgamesh, focuses on a hero’s quest for immortality. In some traditions, immortality was bestowed by the gods themselves. Other times, a normal human would unlock alchemical secrets hidden in natural materials that stopped death in its tracks. According to the ancients, the secrets of immortality could be found within the Earth, on the moon, or even in your own back yard. 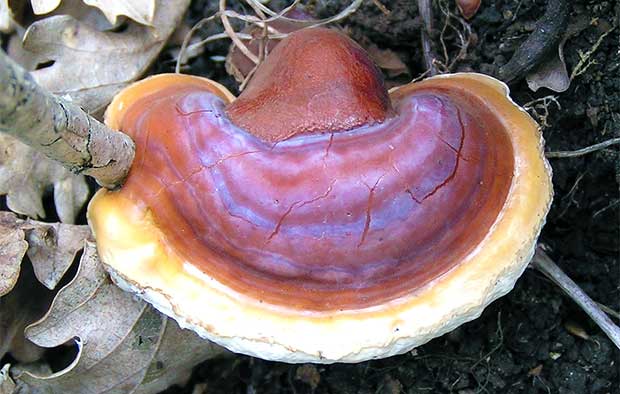 1. The Mushroom of Immortality

Chinese alchemists spent centuries formulating elixirs of life. They were frequently commissioned by the Emperor, and experimented with things like toxic mercury, gold, sulfur and plants. The formula for gunpowder, sulfur, saltpeter and carbon was originally an attempted elixir of immortality. Traditional Chinese medicine and early Chinese alchemy are closely related, and the use of plants, fungi and minerals in longevity formulas is still commonly practiced today.

As early as 475 BCE, Chinese texts reference the Mushroom of Immortality, a key ingredient in the elixir of life. The Lingzhi, literally translated as the “Supernatural Mushroom,” is the oldest known mushroom used medicinally. According to the 82nd century Book of Han, the “Masters of Esoterica; alchemists; magicians,” known as the Fangshi knew secret locations on Mount Penglai where the Lingzhi grew. Several Qin and Han Emperors sent large expeditions in search of a genuine mushroom of immortality, but none succeeded.

Though there are no historical accounts of someone actually achieving immortality from a Lingzhi mushroom, various species are used in Traditional Chinese Medicine to this day. One species, the Ganoderma Lucidum, produces Ganoderic Acid. This substance is molecularly similar to steroid hormones. These could have a variety of medical applications, from balancing cholesterol to recovering from injuries.

According to the Rigveda, a collection of ancient Vedic hymns that are a cornerstone of Hinduism, Amrita is a drink that bestows immortality. In Hinduism and other traditions, it is also referred to as Soma. Indra, the god of heaven, and Agni, the god of fire, drink Amrita to attain immortality. After drinking the mysterious substance, they state:

“We have drunk Soma and become immortal; we have attained the light, the Gods discovered. Now what may foeman’s malice do to harm us? What, O Immortal, mortal man’s deception?” (Rigveda 8.48.3)

There are many other references to Amrita and Soma across Hindu, Zoroastrian, and Indo-European texts. Ambrosia, the food of immortality of the Greek gods, is analagous with Amrita. They come from the same Indo-European root, “n-mr-to,” roughly translated as “non-death.” Similarly, the Greek drink of the gods, Nectar (Néktar), literally translates to Death (Nek) Overcoming (Tar). According to some Yogic traditions, Amrita can be released from the pituitary gland during deep meditation.

While the consumption of Amrita by humans is common in traditional texts, the knowledge of where to obtain it has been lost. It is undoubtedly a plant or fungus. Instructions for preparation involve pounding parts of the plant into a paste or to release juices. It is sometimes filtered through wool and mixed with cow’s milk before consumption. Like the Mushroom of Immortality, it is often described as growing in the mountains. While such detailed accounts exist,the true identity of Amrita was lost. Today, some Indian rituals include prayers apologizing to the Gods for the lack of Amrita.

Scientists, historians and shamans have speculated on the identity of the Amrita plant. Because of the spiritual experiences associated with Soma consumption, it is usually assumed to be entheogenic, producing an altered state of consciousness. Many anthropologists point to Fly Agaric (Amanita Muscaria), a mildly hallucinogenic mushroom widely used by Siberian shamans.

Ethnobotanist Terence McKenna believes Amrita may be the Psilocybe Cubensis, a hallucinogenic mushroom that grows in cow dung. Cows are often referred to as the “embodiment of soma” in Vedic literature. Some, like McKenna, postulate that the P. Cubensis is responsible for the elevation of cows to sacred status in Hindu culture. McKenna and other hands-on ethnobotanists report little to no psychedelic effect from the Amanita Muscaria mushroom, concluding that the more potent P. Cubensis is a more probable candidate.

Others believe Amrita is derived from a plant in the Ephedra genus. These have been widely used in Zoroastrian communities of Iran, Traditional Chinese Medicine, and modern pharmaceuticals. The Ephedra plants contain Ephedrine and Pseudoephedrine, which are chemically similar to methamphetamine and act as stimulants and appetite suppressants. Ephedra plants are also traditionally used to treat low blood pressure.

In 2003, archaeologist Viktor Sarianidi claimed to have discovered vessels used for the preparation of Soma in a site in Bactria (present day Afghanistan). The claims were never verified by other academic sources, but according to Sarianidi, the vessels contained residue of Ephedra, Poppy, and Cannabis. These ingredients would undoubtedly create an altered state of consciousness if prepared properly, and are all native to the region where Soma is most sacred. 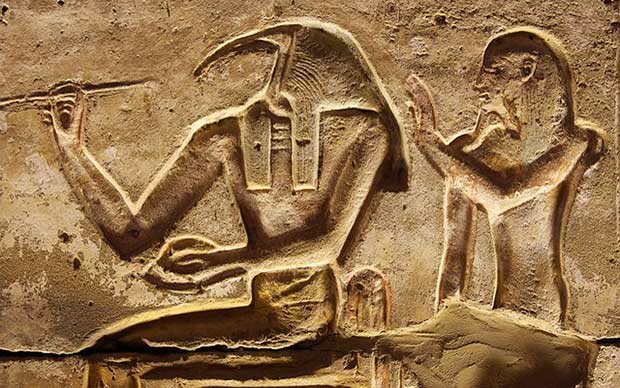 The Egyptian God Thoth (via)

The idea of ingesting liquid metals for longevity is present in alchemical traditions from China to Mesopotamia to Europe. The logic of the ancients suggested that consuming something imbued the body with the qualities of whatever was consumed. Since metals are strong and seemingly permanent and indestructible, it was only rational that whoever ate metal would become permanent and indestructible.

Mercury, a metal that is a liquid at room temperature, fascinated ancient alchemists. Mercury is also highly toxic, and many died after experimenting with it. Mercury is named for the Roman analogue of the Greek God Hermes and Egyptian Thoth. Some relate these to the legendary philosopher Hermes Trismegistus, the purported author of the Hermetic Corpus. All of these similar figures are said to have consumed “Liquid Gold” or “White Drops” to achieve immortality. Stories like this obsessed ancient and medieval alchemists who sought to suspend gold in a drinkable liquid state or merge gold and mercury.

Other than gold and mercury, arsenic was another paradoxical ingredient in many elixirs of life. Toxicity was so common among ancient Chinese Emperors that British historian Joseph Needham compiled a list of Emperors who probably died from elixir poisoning. Jade, cinnabar, and hematite, other long-lasting minerals with unique physical properties, were used at times in longevity potions. 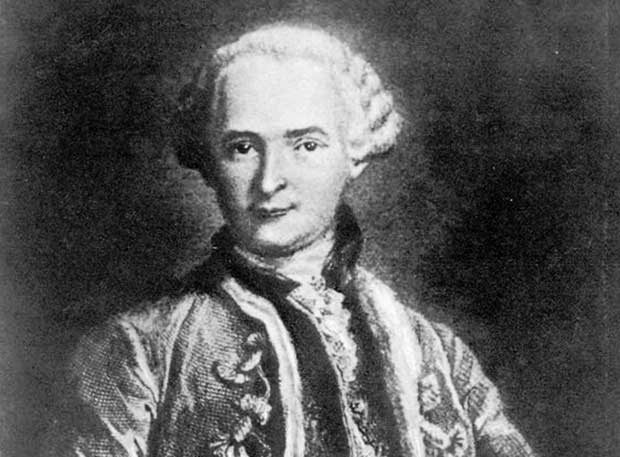 4. The Philosopher’s Stone & the Elixir of Life

The Philosopher’s Stone arose from classical Greek theories of the four elements. According to Plato’s Timaeus, Earth, Air, Fire, and Water were derived from prima materia, or first matter. Prima Materia is regarded as chaos, the source of everything. Alchemists believed Prima Materia was the key to the Philosopher’s Stone, and sought to replicate it through a delicate balance of ingredients representing the four cardinal elements.

Similar to the Five Element System of Traditional Chinese Medicine, the four elements were assigned qualities of heat, cold, dryness, and moisture by 8th century alchemist Jabir ibn Hayyan. He believed altering the base qualities of a substance could transform it into a new substance altogether, but it needed a catalyst. Similar to Prima Materia, he called this theoretical catalyst al-iksir, the root of the Western term Elixir.

There are a few legends of individuals actually succeeding in the creation of the Philosopher’s Stone or Elixir of Life. 13th Century polymath Albertus Magnus is rumored to have given the Stone to Thomas Aquinas shortly before his death. Magnus’s writings also claim that he witnessed the transmutation of lead into gold. The mysterious 18th century nobleman Comte de St. Germaine was believed by some to possess the Elixir of Life. According to legends that were probably spread St. Germaine himself, he was actually hundreds of years old.

Another historical figure reputed to have created the Philosopher’s Stone was Nicholas Flamel. The historical Flamel was a successful French bookseller who lived from 1330 to 1418. Almost two hundred years after his death, texts surfaced that were attributed to Flamel. According to these texts, Flamel learned alchemical secrets from Jewish alchemists while traveling in Spain, and that he had obtained an original copy of the Book of Abramelin the Mage. The texts claimed Flamel possessed the elixir of life and the secrets of transmutation, and that he was probably still alive. Many believe these legends were created by 17th century editors to sell more books.

A lesser-known legend claims that the Philosopher’s Stone is in a creek in Philadelphia. A 17th group called the Society of the Woman in the Wilderness settled in the woods outside of Philadelphia’s Germantown section. The group was led by German pietist and occultist Johannes Kelpius, who believed the world would end in 1694. The group spent much of its time in peaceful meditation in caves and modest homes on the outskirts of the city. After Kelpius’s death, some of his students claimed that he had been the guardian of the Philosopher’s Stone, which he kept hidden in his meditation cave. Immediately before his death, it is said he ordered his students to toss the stone into the nearby Wissahickon Creek. The cave is still accessible, and is marked as a historic site today.

Many scholars recognize the process of transmutation as something that occurs internally. Much of the physical formulas of alchemy are believed to represent the journey of insight and spiritual development. The Philosopher’s Stone may never have actually existed, but the representation of enlightenment, bliss, and transformation is akin to Buddhist Nirvana. The Philosopher’s Stone as a symbol of the knowledge of psychic alchemy is more powerful than gold or bodily permanence. It can be spread through time & space in the form of written words or oral traditions and allow willing listeners to transcend mundane reality. 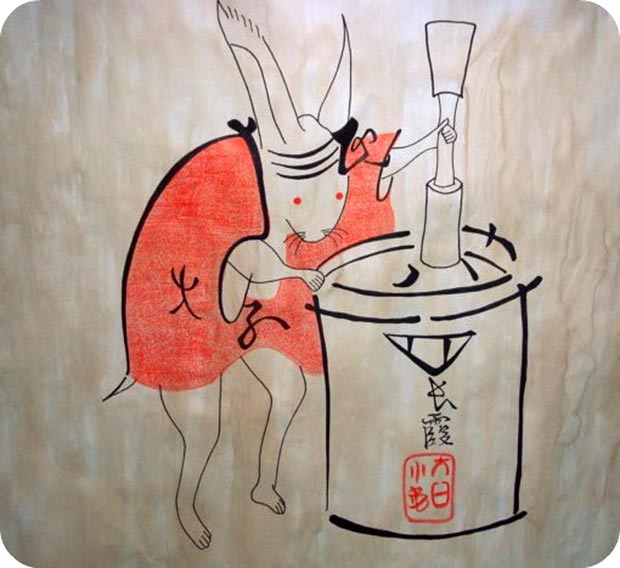 While the West anthropomorphized the lunar surface into a Man on the Moon, many Eastern cultures imagine a Moon Rabbit. In China, Japan, and Korea, the Moon Rabbit is visualized as using a mortar and pestle. In Chinese mythology, the Moon Rabbit is mixing the elixir of immortality. Chinese Folklore portrays the Moon Rabbit as the companion of Chang’e, a goddess who also lives on the moon. Chang’e herself, in some stories as a mortal human and in some an outcast deity, consumed too much elixir of immortality and floated to the moon. Other stories say she consumed the Elixir to float to the moon & escape her husband.

Today, Chang’e and the Moon Rabbit are worshiped on Mid-Autumn Day, the full moon of the eighth lunar month. An open-air altar is set up facing the moon with fresh pastries to absorb her blessing. The blessing of Chang’e is said to bestow beauty, and naturally, longevity. Japanese and Korean traditions also imagine the Moon Rabbit. Instead of Immortality Elixir, this Moon Rabbit is pounding a simple rice cake with his mortar and pestle. Most likely, the myth of the Moon Rabbit originated in China during the Immortality Elixir craze of the Han and Qin dynasties.

Interest in immortality faded with the rise of Buddhism, which promised spiritual immortality that transcended the physical world. Much of China’s contact with Japan and Korea involved Chinese Buddhist monks. These monks brought with them many Chinese ideas and customs, and possibly the Moon Rabbit. With little interest in immortality elixirs, the Japanese and Korean rabbits preferred rice cakes.

These are just some of the ancient legends surrounding immortality. What they truly meant, we may never know.