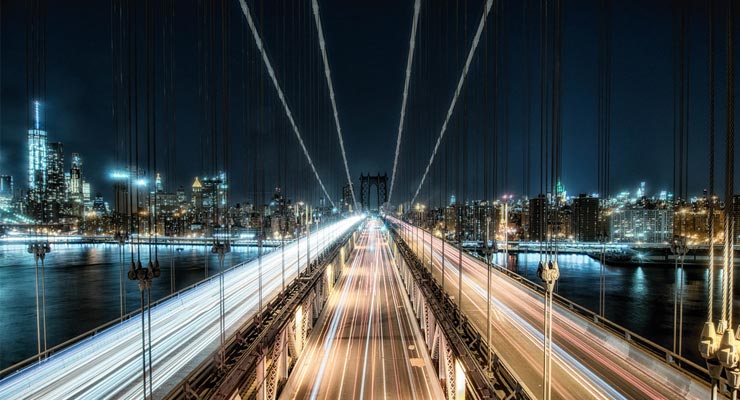 We think that our perception of time is fluid and continuous, but as one man’s strange experience of seeing time stop revealed, that might be an illusion.

Our perception of time and motion are mere illusions, as one man’s very strange experience of seeing time stop may have revealed.

What started as a headache turned into something much stranger for Simon Baker. He thought a warm shower would alleviate his pain, but it instead took him into a perceptual Dimension X.

“I looked up at the shower head, and it was as if the water droplets had stopped in mid-air,” he says of the time stop experience. “They came into hard focus rapidly, over the course of a few seconds.”

Normally we perceive the streams of water as a blur of movement, but Baker was able to see each one hanging in front of his eyes, distorted by the air pressure rushing by. He described it as similar to the “bullet time” effect of The Matrix movies. “It was like a high-speed film, slowed down,” he says.

Baker went to the hospital the next day, where doctors found that he had suffered an aneurysm. While the experience was overshadowed by the immediate threat to his health, Baker mentioned what happened in a follow-up appointment to his neurologist (Fred Osview at Northwestern University in Chicago). Osview was struck by the vivid description of droplets of water seemingly frozen in mid-air:

“He was a very bright, very eloquent guy,” said Osview of Baker.

Osview recently wrote about Baker—who remains anonymous, Baker is not his real name—in the journal NeuroCase.

We assume that time flows at the same rate for everybody, but experiences like Baker’s reveal that our continuous stream of perceptual motion is but a fragile illusion edited together by the brain’s tricky processes. Researchers are finding out how and why the brain plays these tricks with time by studying what happens in extreme events such as Baker’s. As it turns out, all of us can experience this time warping to some degree.

While Baker’s case appears to be the most extreme, a surprising amount of similar accounts can be found throughout medical literature. There are accounts of the so-called “zeitraffer” phenomenon, in which time speeds up, and also fragmentary experiences called “akinetopsia” in which motion momentarily stops. Osview thinks there may be many more cases like Baker’s, but since the phenomenon is transitory it often goes unreported.

Such experiences are most always accompanied by problems such as epilepsy or stroke. The day that Baker had his experience he had been living heavy boxes all day, which had aggravated an already weakened blood vessel. This resulted in a large patch of neural damage in the right hemisphere.

But why was Baker’s perception of time affected in so weird a way? Why did he see time stop? We find clues in an area of the visual cortex, called V5. Researchers in Switzerland found that test subjects found it difficult to track the motion of dots on a screen and to estimate how long the dots lasted on the screen when the V5 area was zapped with a magnetic field to knock out its activity.

But this is only one possibility: not all patients with time stop experiences have damage to the V5 area. Another possibility comes from the discovery that the brain records perceptions in discrete snapshots, like the frames of a film reel. “The healthy brain reconstructs the experience and glues together the different frames,” says Rufin VanRullen at the French Centre for Brain and Cognition Research in Toulouse. “But if brain damage destroys the glue, you might only see the snapshots.”

This is thought to account for the phenomenon of seeing car wheels stand still on the freeway, or perhaps more interestingly, the visual trails experienced on LSD and other potent psychedelics.

What’s even more interesting is that in 70% of near-death experiences, people report that the event occurred in slow-motion. While some researchers say that this is an artifact of memory, some descriptions sound awfully close to Baker’s neurological effects. One person recounting a train wreck said, “It was like a movie run slowly so that the frames progress with a jerky motion.”

For Baker, the experience was a one-off. He has undergone surgery to remove the damaged blood vessels, and has made a full recovery.

RELATED: Here’s an Incredible Map to Higher Levels of Consciousness

His experience of seeing time stop around him has left him with a sense of wonder at the fragility of conscious experience.

“It was a really concrete example of how something very localized in brain can change your whole perception of the world,” he says. “One minute I was fine, the next minute I was in an altered reality.”