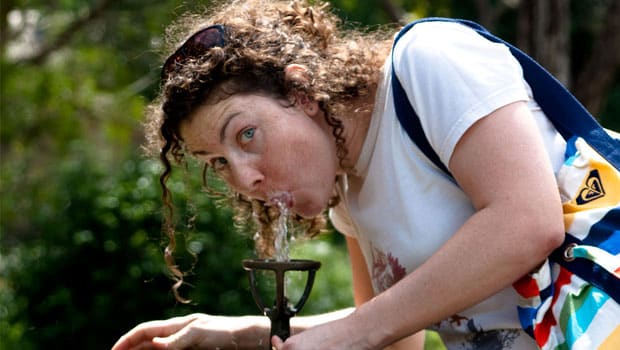 Fluoride, a compound added to our water supply to improve dental health, has long been accused of lowering IQ and causing brain damage. But what does the science actually say?

Everyone’s come across panic around fluoride—once the province of far-right conspiracy theorists, fluoride anxiety has become a common trope among not only the far right but the left as well, and, increasingly, in the New Age.

But what’s the science?

Various research institutions have published seemingly contradictory studies about the effects of fluoride in drinking water, leading to a confusing public debate. Some claim there is clear evidence that it impedes development, while others suggest low levels are harmless to the young brain. Upon closer examination, it is apparent that high concentrations of fluoride or even chronic exposure to moderate levels can impact the body and brain significantly.

What is Fluoride, and Why is it Added to Drinking Water?

Fluoride is an inorganic anion of the element Fluorine. It is found in a variety of minerals, from fluorite to granite. Nearly every source of food and water contains at least a small amount of fluoride. Seawater contains an average of 1.1 mg/L (milligrams per liter) of the chemical, and human fresh water reserves contain an average of 0.01-0.3 parts per million. Fluoride salts or acids are also added to a variety of hygienic products, especially for dental care. In many areas, it’s is added to the public water supply with to support local dental health.

A 2012 report by the Harvard School of Public Health and the China Medical University in Shenyang examined data from 27 studies that focused on child IQ in regions with notably high concentrations of natural fluoride in the drinking water. They compared over 8,000 IQ measurements of children up to age 14 who were exposed to elevated fluoride levels and those who were not. In all but one of the studies, they found a significant correlation between fluoride exposure and lower IQ. This study found that children exposed to the chemical had an IQ score 7 points lower than average with a standard deviation of 15.

(The map above shows geographical areas associated with ground water having over 1.5 mg/L of naturally occurring fluoride, which is above recommended levels.)

Does Fluoride Damage the Brain?

According to Harvard professor Philippe Grandjean, “Fluoride seems to fit in with lead, mercury, and other poisons that cause chemical brain drain. The effect of each toxicant may seem small, but the combined damage on a population scale can be serious, especially because the brain power of the next generation is crucial to all of us.” So if this chemical is so dangerous, should we be putting additional quantities of it into the public water supply simply to prevent cavities?

A longitudinal study published in the American Journal of Public Health claims that artificially fluoridating water does not have any effect on IQ across development. The study—led by University of Otego’s J.M. Broadbent—gathered data for 38 years from children born in the 1971 and 1972. They found no significant difference between the IQs of children based on their fluoride exposure. This study carefully accounted for regional and socioeconomic variables to reduce confounds.

At a glance, these studies may seem contradictory. The World Health Organization states that fluoride is safe at levels not exceeding 0.5 to 1.4 mg/L. In the United States, regulatory agencies suggest levels not exceeding 0.7 mg/L. The Harvard Study focused on levels that exceed these limits, and the authors note that the data is not applicable to the low levels maintained in artificial fluoridation. Broadbent’s study only examines children in regions that do not exceed the WHO threshold. Many still believe that even low levels of fluoridation may negatively impact childhood development, but the current data does not provide any clear evidence of harm.

At levels exceeding 1.5 mg/L, however, many systems in the body can be affected by fluoride toxicity, including:

Long-term consumption at unsafe levels leads to skeletal fluorosis, which damages bones and joints. Skeletal Fluorosis is endemic to regions with excessive fluoride in the water.

Above 4 mg/L, Fluoride can damage the kidneys significantly. It prevents the kidneys from concentrating urine, leading to severe electrolyte disturbances in the blood.

Fluoride is known to suppress activity in the Thyroid gland, especially when iodine intake is insufficient. The exact mechanism is unclear, but it is known to disrupt endocrine hormone regulation at levels above 0.5 to 0.13 mg/kg/day (Milligrams per kilogram per day).

Excessive fluoride consumption can cause gastrointestinal distress and irritable bowel syndrome. This is the most common symptom of mild fluoride toxicity. Between 1990 and 1994, 628 children were treated for gastrointestinal problems after a toothpaste overdose.

High levels of the chemical, especially in the developing world, are a clear threat to public health. In India, nearly 60 million people have been poisoned by fluoride that seeps into wells from nearby granite. China, Uzbekistan, and Ethiopia also have severe fluoride contamination from local granite. In areas without contamination in the drinking water, the main causes of fluoride poisoning are the ingestion of dental care products. The chemical can be removed from drinking water with many modern filtration systems, which are not readily available in developing regions.

(Get a reverse osmosis water filter, which removes all fluoride from your water, here.)

How to Take Full Charge of Your Health

Removing fluoride from your water supply can be one of the best things you can do for yourself.

But it shouldn’t stop there.

Taking control of your own health, rather than leaving it up to the so-called “experts,” means taking charge of your entire diet and making sure you’re only getting the healthiest, high-energy foods. It means instituting an exercise routine that works for you and produces an incredible quality of life and energy. It means starting a meditation practice to clear your mind of toxins.

And you can start all of that at Ultraculture’s incredible online course Achieve Peak Mental and Physical Energy.

In this online course, which you can access now, you’ll get core practices that can quickly turn you into a stronger, clearer, healthier, happier version of yourself.

If you’re low energy now, you’ll have so much energy after completing this course that you won’t know WHAT to do with it!