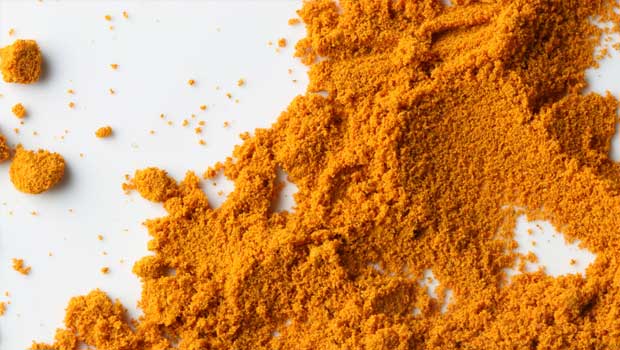 The many health benefits of turmeric, which has been used for thousands of years as an antibacterial, anti-inflammatory, anti-allergen, antioxidant, antiseptic, antispasmodic, anti-tumor, carminative, digestive, stimulant and diuretic substance

Yesterday I removed a ton of debris from the ancient grapevine that lives in my yard. Years worth of dead leaves, mildew, dust and branches blew into my face, as I seemed to be downwind no matter where I stood. This morning I awoke hacking and choking. Though my throat was seemingly closing up, I began my day and did the best I could to reduce this allergic blowout. However, I had forgotten one remedy lurking in my spice cabinet: the mighty Curcuma longa, aka turmeric. (It’s not just a snappy color swatch in the J-Crew catalog.)

This golden spice, which lends curry dishes their yellow coloring, has been revered for over 2,000 years as nothing less than an indispensable medicine. It’s been used as an antibacterial, anti-inflammatory, anti-allergen, antioxidant, antiseptic, antispasmodic, anti-tumor, carminative, digestive, stimulant and diuretic. Turmeric has also been used topically for wounds, eczema, scabies and inflammations, and as a major ingredient in a paste that potentially stops bleeding. Its medicinal uses cover everything from detoxifying the liver to balancing cholesterol.

Turmeric is a plant of the ginger family grown in south Asia, and is used widely throughout India, Pakistan, Vietnam and Indonesia. Its use in curries is well noted, but turmeric leaves are also a major component in various other dishes.

Used ceremoniously in India as an anointing paste, especially in weddings and Pujas (Hindu or Buddhist religious rituals), turmeric has represented the deities Ganesha or Durga, often being associated with the sun or Hindu deity Vishnu, the yellow solar plexus and orange sacral chakras.

Either the fresh root or the powder has been used for centuries in traditional Indian Ayurvedic medicine. Its properties have also been coveted in cosmetics, soaps, as sunscreen and natural bug repellent. Curcumin, the principal compound, has reportedly had an effect of protecting against radiation exposure, and especially protecting against breast cancer.

Bizarrely, but perhaps not surprisingly, in 1995 the United States awarded the University of Mississippi Medical Center a “patent” on turmeric for the specific use of wound healing. This patent actually stood for two years until India’s Council of Scientific and Industrial Research challenged the University of Mississippi’s “findings,” citing ancient Sanskrit writings pointing to centuries of medicinal turmeric use in India.

In the age of heavy metal contamination from the air, water, food and possible radiation from computers, planes, CAT-scans and cell phones (not to mention Fukushima), turmeric is a master plant medicine beckoning us to her. After my turmeric-infused hot tea, I’m feeling much better—the allergic reaction is subsiding and my throat is returning to normal.

Now if I can just find a natural, affordable remedy for my upstairs neighbors’ unnaturally loud TV…

Is Turmeric a Better Antidepressant Than Prozac? An Indian study demonstrates that turmeric can treat major depressive disorder—and potentially better than Prozac 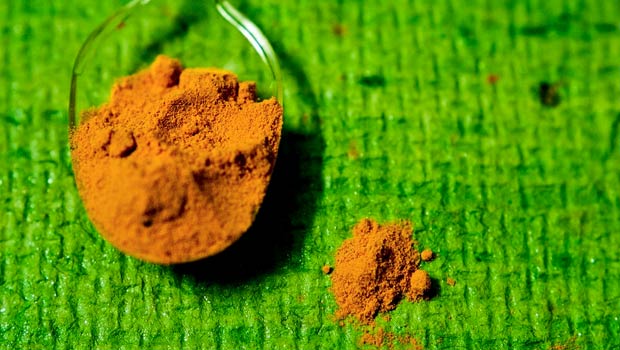 (This section contributed by Jason Louv.)

An Indian study has suggested that turmeric (curcumin), a root which has long been used as a spice in India, has potential antidepressant qualities. In addition to its tested success in treating patients with major depressive disorder, pure curcumin (extract of turmeric) also scored higher than Prozac (fluoxetine) in the studies.

Conducted by the Department of Pharmacology at the Government Medical College of Bhavnagar in Gujarat, India, the study abstract reads:

Curcumin, an active ingredient of Curcuma longa Linn (Zingiberaceae), has shown potential antidepressant-like activity in animal studies. The objectives of this trial were to compare the efficacy and safety of curcumin with fluoxetine in patients with major depressive disorder (MDD). Herein, 60 patients diagnosed with MDD were randomized in a 1:1:1 ratio for six weeks observer-masked treatment with fluoxetine (20 mg) and curcumin (1000 mg) individually or their combination. The primary efficacy variable was response rates according to Hamilton Depression Rating Scale, 17-item version (HAM-D17 ). The secondary efficacy variable was the mean change in HAM-D17 score after six weeks. We observed that curcumin was well tolerated by all the patients. The proportion of responders as measured by the HAM-D17 scale was higher in the combination group (77.8%) than in the fluoxetine (64.7%) and the curcumin (62.5%) groups; however, these data were not statistically significant (P = 0.58). Interestingly, the mean change in HAM-D17 score at the end of six weeks was comparable in all three groups (P = 0.77). This study provides first clinical evidence that curcumin may be used as an effective and safe modality for treatment in patients with MDD without concurrent suicidal ideation or other psychotic disorders.

Turmeric has long been used in Asia for over 2,000 years for antibacterial, anti-inflammatory, anti-allergen, antioxidant, antiseptic, antispasmodic, antitumor, carminative, digestive, stimulant and diuretic purposes. Turmeric has also been used topically for wounds, eczema, scabies and inflammations, and as a major ingredient in a paste that potentially stops bleeding. Its medicinal uses cover everything from detoxifying the liver to balancing cholesterol.”

Apparently we can now add depression to the list—placing turmeric into the growing list of herbal and natural approaches to treat depression, including—perhaps controversially—psilocybin mushrooms.