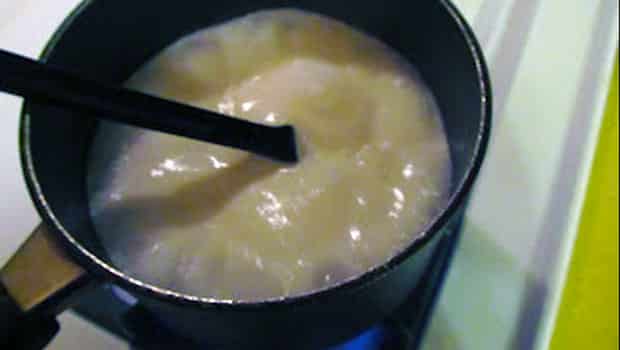 According to, uh, rumors from the Internet, teenagers are getting high by boiling shampoo and huffing the steam. Is Shamboiling the new Jenkem?

In the worst Internet drug rumor since the dreaded jenkem—a rumor I can only hope is not real—US teenagers are allegedly getting high from “shamboiling,” or boiling shampoo and huffing the fumes.

Via CNN iReport (Note: iReport is NOT CNN. It’s a user-generated content portal on CNN that anybody can write for):

“Parents, lock up your shower supplies.”

While this may sound like a joke, this is an actual quote from an announcement made l ast week at a middle school just outside of Richmond, VA. The announcement was made in the just days after the hospitalization of two eighth graders due to a new practice called “shamboiling”. Shamboiling, also referred to as bubbling, is practice where shampoo is brought to a rapid boil and then the fumes are inhaled for a hallucinogenic effect. While no one knows for sure how the trend started one thing is certain, that shamboiling is catching on quickly and that it is potentially deadly.

While this new threat has come as a shock to most parents, the police say this is “nothing new”, and that they’ve been dealing with reports of shamboiling for years. 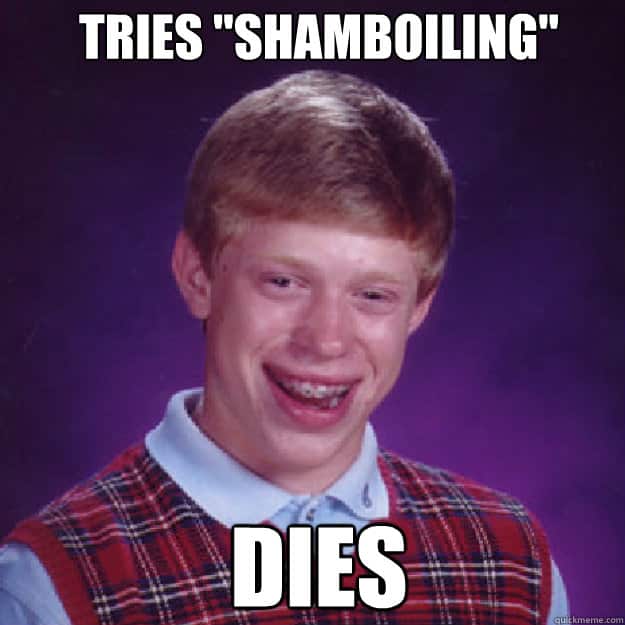 “It’s not a common occurrence or anything, but we’d maybe see it two to three times a year, usually being done by addicts with no other fix,” Sheriff Truman said when asked about shamboiling. “The fact that we’ve been getting more and more reports of people, especially teens, [shamboiling] has been a bit of a shock,” he went on to say.

This immediately calls to mind the false hippie-era rumor that you could get high off smoking dried banana peel, allegedly started by the FBI and printed in the infamous “Anarchist’s Cookbook” to fuck with hippies.

But then, after all, people are stupid/desperate enough to shoot Krokodil, so you never know. I’m waiting for the lurid documentary expose into the dark heart of America’s shamboiling scene, myself.

Outside of a sparse Blogspot about shamboiling and a Zoklet thread in which people discuss having “space orgasms” from shamboiling and ask things like “Does it synergize well with Raid?”, the most info I can find on shamboiling is at Urban Dictionary:

The act of getting high through boiling shampoo and inhaling the poisonous gasses omitted. This, when inhaled for five or more minutes, can cause hallucinations as well as other sensations. It is also known as Bubbling and Shamming.

Bubbler 2 Fuck yeah, man. I love getting high from Shampoo.

Apparently this is what all those women in the Herbal Essences commercials were so fucking jazzed about, then. 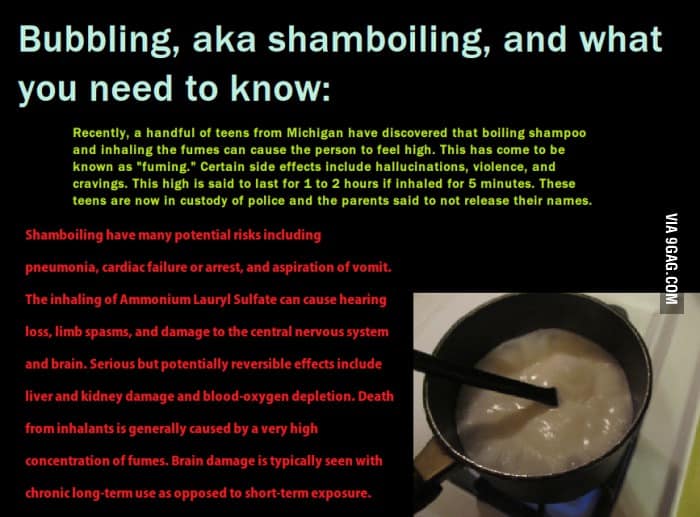 RELATED: You Can Now Buy Ayahuasca on Amazon.com. Merry Christmas!