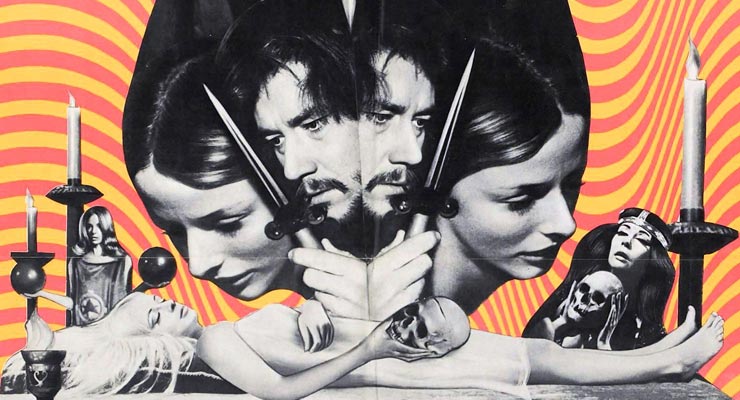 Simon Sinistrari, the Magus Who Lives in a Storm Drain, is the Star of 1971 Ultra-Obscuro Occult Cinema Classic “Simon King of the Witches”

Since hearing about it last week (via Brooklyn’s new occult shop Catland), I’ve watched this early 70s B-movie “masterpiece” several times—I would say that it’s of its time, but I’m amazed that “Simon King of the Witches” was ever made, even in psychedelic 1971.

The film follows the ever-so-subtly named Simon Sinistrari (Andrew Prine), a practicing ceremonial magician who lives in a storm drain underneath Los Angeles, where he hoards his occult gear and emerges to scrape out a few dollars by selling talismans and giving tarot readings to bored LA socialites. It’s all to support his secret magical plan to harvest the power of the Gods, of course. He picks up a new protege in prison, Turk (George Paulsin), a male prostitute, who he brings to his storm drain to train in the basics of ceremonial and sexual magick. The sequence was almost certainly the inspiration for the first four issues of Grant Morrison’s The Invisibles (they even summon a giant pulsating red ball in one sequence, just like the “Barbelith” satellite in The Invisibles).

It’s utterly, ineffably, pricelessly and even non-ironically wonderful. In addition to the influence on The Invisibles, the cynical magus Simon also had to be the prototype from which Alan Moore drew John Constantine, and quite probably the impetus behind the name “Simon” used for the mass-market Necronomicon put out by Avon Books in the late 70s. 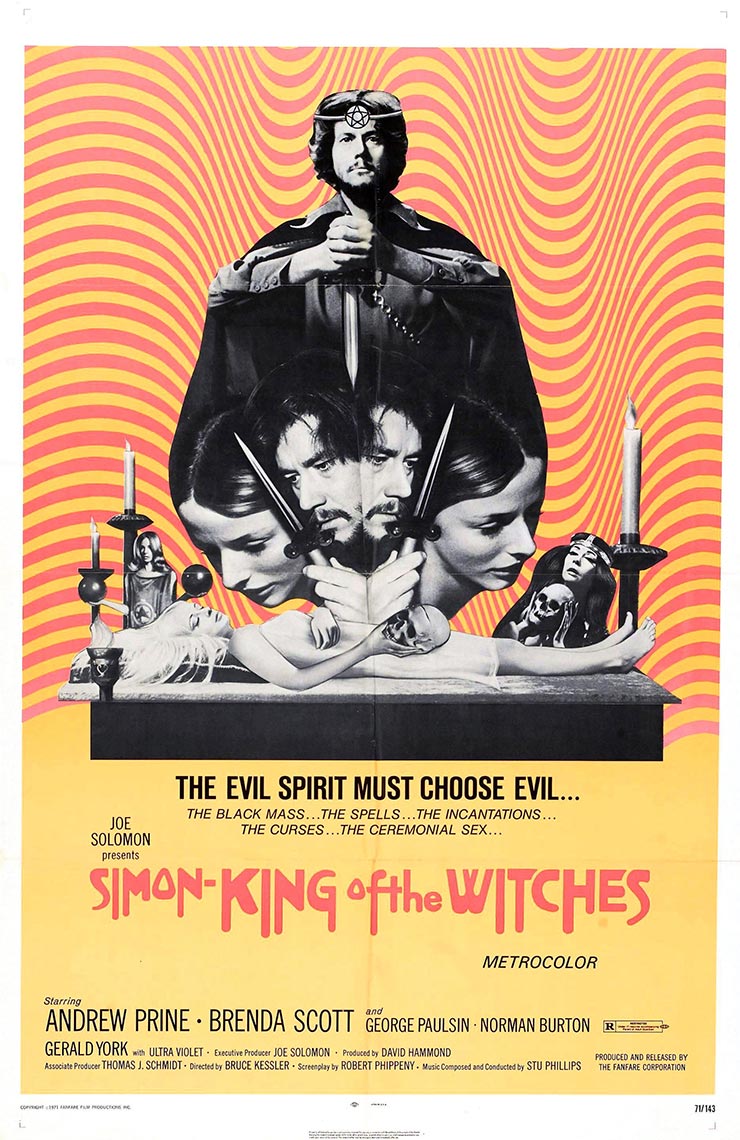