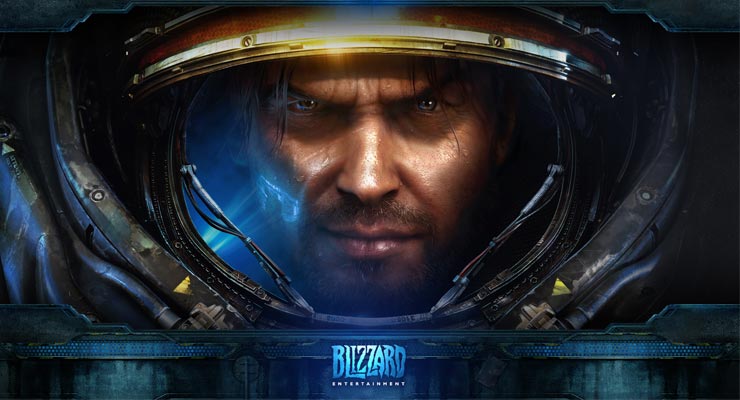 Can epic Starcraft sessions teach focus and mindfulness in a manner similar to meditation or spiritual practice, or will they just burn out your brain?

This possibly way-out-on-a-limb article suggests that epic Starcraft sessions may teach focus and mindfulness in a manner similar to meditation practice. I have at one point actually said that “meditation is just something people made up to occupy themselves before the invention of Xbox.” I don’t actually believe that. Well, not totally.

Certainly one can get into one-pointed concentration and flow states easily with games like Starcraft and some Code Black Mountain Dew or some such gamer-brew, though you’re also grinding your brain to bits with an irrelevant virtual environment, so whether the mental skills gained in this way would map over to the real world or not is questionable. (It seems most pro Starcraft players graduate to the poker circuit or military positions).

RELATED: How to Meditate: A Beginner’s Guide to the One Skill That Can Improve Every Area of Your Life

At any rate, the fact that this presumably bored sports journalist actually references Vipassana meditation and the f*king Book of the Law in this article about a pro Starcraft player amused me greatly.

Via Team Acer (full article, unfortunately, is no longer on the Web):

The aim is for the player to get out of his own way, as relates to his active mental investment in how to make the shot, and allow his body to take over and perform the rote action that is by now routine.  The trick is to remove all mental context, which tells your subconscious that this shot matters and is special, and instead trick the body into believing it is mechanically performing the same action it has performed over and over, by repetition, when there was no game on the line, nobody watching and nothing to be gained or lost.  If the player can make an uncontested shot in the gym he can make the game winner when it matters, he just has to not care.  Caring about success or failure will only cloud his efforts, better to be indifferent and simply perform an efficient and well-prepared action.

There is a concept in ceremonial and chaos magick, the kind where creatures of the nether realms are supposedly summoned rather than the rabbit appearing from a hat kind, which is best articulated by the Aleister Crowley quote: “For pure will, unassuaged of purpose, delivered from the lust of result, is every way perfect.” Our NBA player aims to prevent his lust of result, presumably the success of the shot going in, from contaminating and making imperfect his intention, to take the shot he is most capable of making under the circumstances.  Now let’s relate this, at first seemingly disparate, example and that concept to Stephano’s approach…

RELATED: Creating a Sacred Space for Meditation: A How-To

When Stephano plays one, informed by the above analysis, can imagine that by not caring if he wins or loses, or who he is facing, he gives himself the freedom to get out of his own way and allow that incredible repository of natural, intuitive, ability to take over.  Acting and reacting straight from the subconscious Stephano simply performs the action which gives him the best chance of winning in that situation.  It matters not if he is facing the best player in the world, just as the best defender in the world should not bother the NBA player, as his chances at victory lie only in exploiting his own abilities to their fullest.  Where the vast majority of players, likely Korean and foreigner alike, constantly have an incredible mental and emotional investment in the outcome of each action in-game, Stephano bypasses any possible emotional filter or lens and allows his talent to give it a shot.  It’s a zen state of mind.

(To learn how to meditate the real way, check out our class on Hardcore Meditation here. Or, hey, you can get Starcraft here. Image © Blizzard Entertainment, used for review purposes only.)