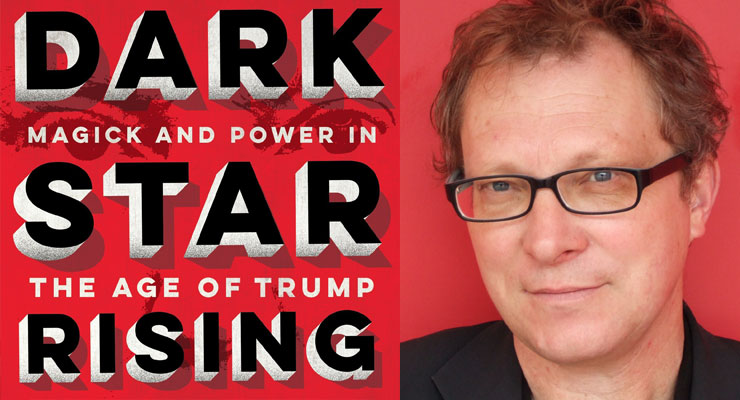 Gary Lachman stops by the podcast to talk about meme magick, the rise of the Alt Right, and how the misuse of magick might have helped fuel the election of Donald Trump

Yes hello! In this week’s episode of the Ultraculture podcast, I talk with the prolific occult writer Gary Lachman, whose new book Dark Star Rising: Magick and Power in the Age of Trump analyzes the overlaps between fascist occultism and the rise of Donald Trump to the presidency of the United States.

We had a great (and at times slightly heated) conversation about the role that occult actors like Aleksandr Dugin played in the creation of the Alt Right, and the use of memetic magick by the Chan messageboards to hedge America into a fascist collapse.

• How Aleksandr Dugin, “Putin’s Rasputin,” has appropriated the symbology of chaos magick in his quest to destabilize America from within;

• How Richard Spencer and the Alt Right bragged that they “memed Trump into office”;

• The fascination of Dugin, Spencer and even Stephen Bannon with the Italian fascist mystic Julius Evola;

More about Gary Lachman, via his site:

Gary Lachman is the author of twenty-one books on topics ranging from the evolution of consciousness to literary suicides, popular culture and the history of the occult.

He has written a rock and roll memoir of the 1970s, biographies of Aleister Crowley, Rudolf Steiner, C. G. Jung, Helena Petrovna Blavatsky, Emanuel Swedenborg, P. D. Ouspensky, and Colin Wilson, histories of Hermeticism and the Western Inner Tradition, studies in existentialism and the philosophy of consciousness, and about the influence of esotericism on politics and society. He writes for several journals in the UK, US, and Europe, including Fortean Times, Quest, Strange Attractor, Fenris Wolf, and his work has appeared in the Times Literary Supplement, Times Educational Supplement, Guardian, Independent on Sunday, Sunday Times, Mojo, Gnosis and other publications. He lectures regularly in the UK, US, and Europe, and his work has been translated into a dozen languages. He has appeared in several film and television documentaries and on BBC Radio 3 and 4 and is on the adjunct faculty in Transformative Studies at the California Institute of Integral Studies.

Before becoming a full-time writer Lachman studied philosophy, managed a new age bookshop, taught English Literature, and was a Science Writer for UCLA. He was a founding member of the pop group Blondie and in 2006 was inducted into the Rock and Roll Hall of Fame. Lachman was born in New Jersey, but since 1996 has lived in London, UK.

Gary Lachman on Magick and Power in the Age of Trump