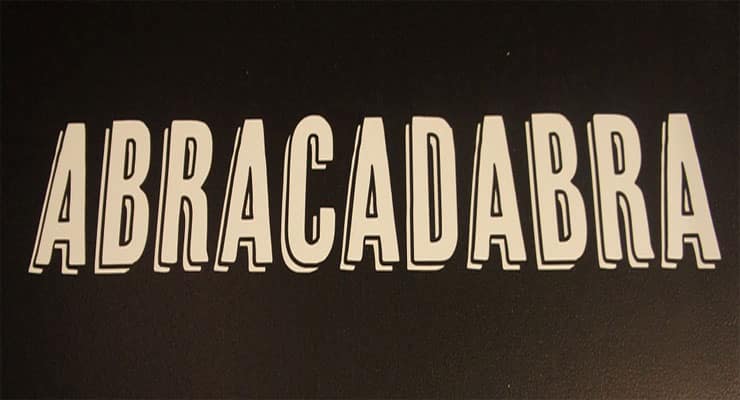 Magic, mysticism and the esoteric can be confusing, not least of which because the language can be easy to misunderstand. Here’s 5 essential Magick Words you should clearly know and define as you search for esoteric wisdom.

As fragments of the Western esoteric tradition move increasingly into mainstream consumer culture in such varied forms as chaos magic fashion trends, hipster occultism and Illuminati conspiracy theories, the “magick words” associated with the esoteric become ever more hazy, and are even in danger of being diluted beyond recognition.

If the word occult is basically a synonym for secret or hidden knowledge, how occult can esoteric phenomena really be in the internet age, when nearly any piece of information on the subject is instantly available? As these magick words continue to morph and change, it’s important to have a good grasp of what exactly they meant in the first place.

Remember that words, like spells, can be potent magical tools. To know a word’s proper meaning, and to be able to use it correctly, is to confer a greater power on oneself than most people recognize. Too often, terms such as occultism, magic, mysticism, gnosis, Hermeticism, and esotericism are lumped together into a general foggy blob, in which no one word seems to be much different from any other.

If you are going to claim knowledge about the world of magic, mysticism or the esoteric, simply knowing the correct definitions and historical contexts of some of the major terms associated with the tradition will instantly differentiate you from your typical trend-chasing cultural vampire. Here’s five magick words to know in order to truly begin to understand the esoteric world. 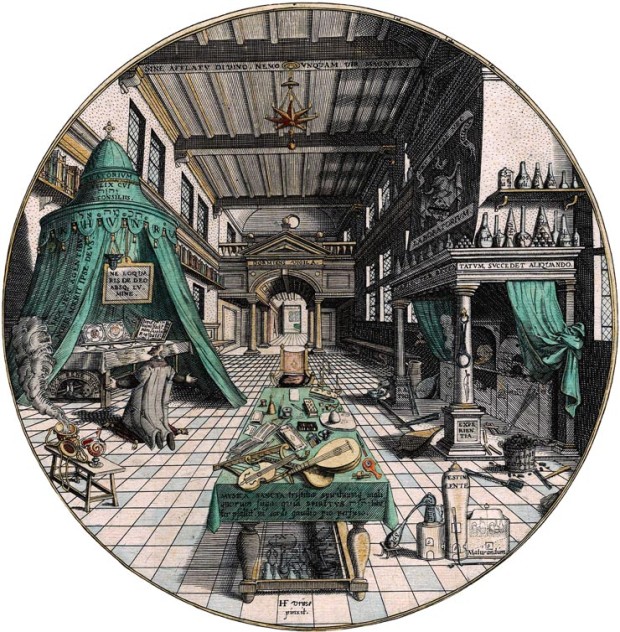 The word esoteric comes from the Greek esotero, meaning inner or within. The first known use of the adjective esoterikos was around 166 C.E. by Lucian of Samosata, in reference to Aristotle’s inner (esoteric) and outer (exoteric) teachings. The word was later used to reference any teachings designed for a inner circle of disciples or initiates.

Esoteric knowledge is, in the traditional sense, hidden knowledge that is available to a select few. Esotericism refers to the myriad ways in which this secret knowledge has been transmitted throughout the centuries (philosophy, literature, art, symbols, etc). This sort of knowledge cultivates an awareness of the inner workings of the self, and of reality in general, and it can only be accessed via transmission of one who already knows, through the study of key texts, or through direct personal revelation. The last method leads to the next term: 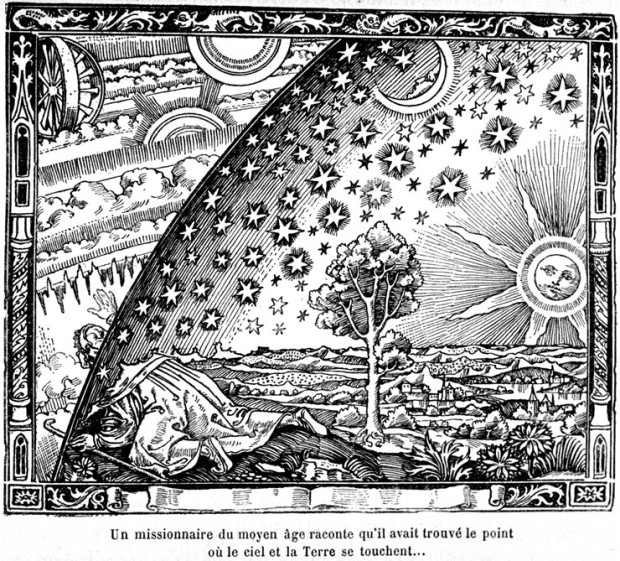 The Gnostics were various groups of Christians who emerged in the first few centuries of the Common Era, and whose unique views—which drew from Christianity, Judaism and paganism—were deemed heretical. Although the Gnostics did not have a single, unified group of beliefs or practices, they were nevertheless instrumental in developing what could be considered a third element in the progression of Western culture–concurrent, but also in resistance to, Greek rationalism and Biblical faith.

Unlike these two currents, in which knowledge is gained either through reason or faith, respectively, gnosis is primarily focused on the inner spiritual experience and the knowledge gained from direct personal relationship to the divine. Gnosis is the Greek word for knowledge, but this is an inner, more intuitive and imaginal knowledge. It is the kind of knowledge one obtains through inner vision, by taking a peek behind the veil at what lies behind the surface of things. Faith is not a factor in the gnostic experience–belief is obviously unnecessary in the face of direct spiritual revelation.

The experience of gnosis is at the core of the Western esoteric tradition, and the ways in which this knowledge has been utilized over the millennia can generally be boiled down into two approaches: magic and mysticism. 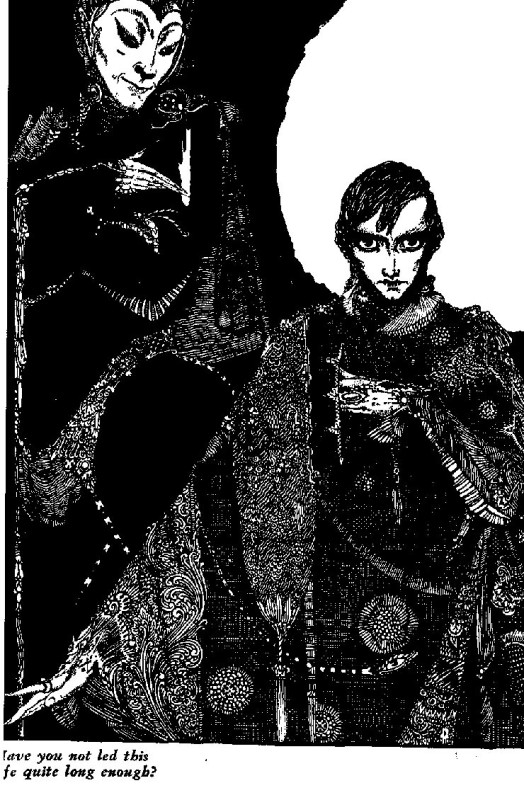 Magic and mysticism are often erroneously conflated. When it comes to magic, many people refer to Aleister Crowley’s definition as the standard. Crowley stated that magick (he spelled it with a “k” in order to differentiate it from stage magic) is “the Science and Art of causing Change to occur in conformity with Will.” But in its simplest and most common sense, magic concerns the achievement of worldly aims through supernatural means.

A magician’s focus is on affecting change in the world, as opposed to a mystic’s focus, which is on union with the divine. The two terms (or magick words) are not quite as black and white as they may seem, and often they blur together, but in many cases there is a clear distinction.

The mystic whose goal is to eradicate the ego in order to meld his or her identity with the divine, and the magician whose goal is to command the ego and manipulate the self (or whatever aspect of reality s/he may be attempting to control), are two very different people. 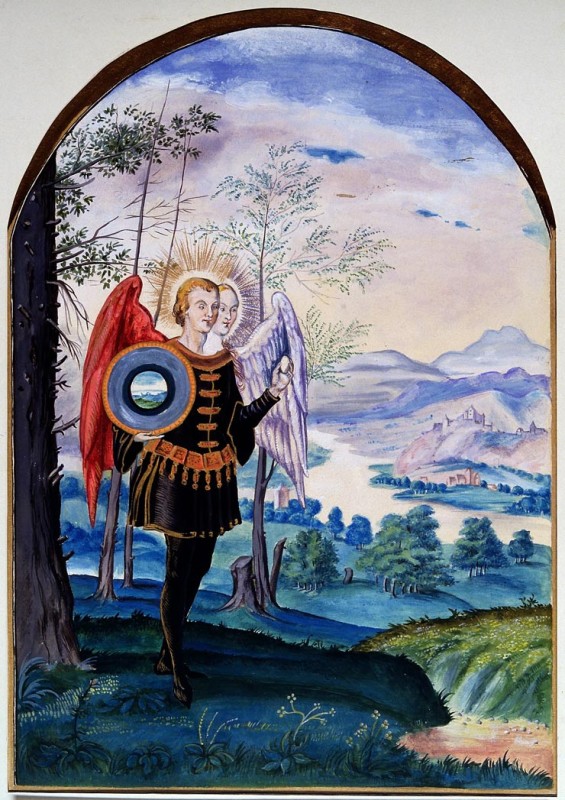 Hermetism (and the related Hermeticism) is a huge subject; it’s even used by some as a synonym for Western esotericism itself. Hermetism basically refers to a group of writings collectively referred to as the Hermetica, attributed to the semi-historical and semi-mythical Egyptian figure Hermes Trismegistus, as well as the literature that the Hermetica inspired throughout the Renaissance and beyond.

There are differences between Gnostics and Hermetists, but like the Gnostic, the goal of the Hermetic practitioner is to seek truth via divine revelation, not through reason or faith. Hermetic philosophy leans more towards the mystical than the magical, with the ultimate goal being purification of the soul and ascent into the divine realm.

Hermeticism, closely related to Hermetism, is a term that has gained popularity since the 1960s, and is used to refer to the esoteric currents influenced by the resurgence of Hermetic philosophy and literature during the Renaissance. Under this heading could be placed Rosicrucianism, Freemasonry, the Hermetic Order of the Golden Dawn, and the rest of the Hermetically influenced secret orders and magical traditions that flourished in the post-Renaissance West.

One can see how in this sense, Hermetism and the Western esoteric tradition are very closely tied together. 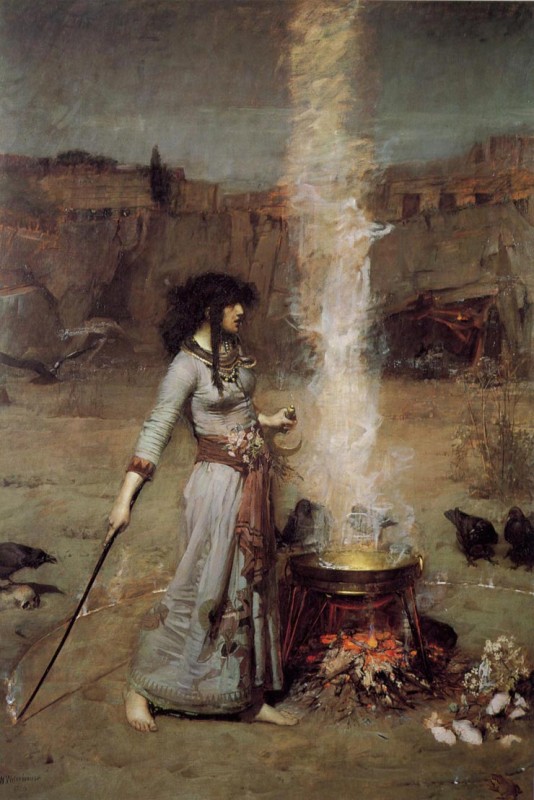 A term that has had a variety of meanings over the course of centuries, and which seems to stretch to include more meanings with each passing year, the word occult can conjure images of anything from serious methods of spirituality to séances, folk magic and herbalism, zombies, vampires, hipster fashion trends, and hokey Halloween paraphernalia of all kinds.

The traditional meaning of the word is simply secret or hidden, and in this sense it is very much related to Western esotericism; however, occultism and esotericism are not necessarily interchangeable terms. If esotericism involves the ways in which gnosis is harnessed and communicated, occultism is the group of practices that put gnosis to use (rituals, procedures, techniques, etc.). As Antoine Faivre has said,

“If esotericism is a form of thought, occultism would be a group of practices or a form of action that would derive its legitimacy from esotericism.”

This distinction did not exist until the mid nineteenth century, when due to the impact of the Enlightenment, esotericism began to evolve with the times. Certain practitioners attempted to explain esoteric knowledge through a contemporary lens, and French magician Eliphas Levi (1810-1875) coined the term occultism in reference to the practices associated with esoteric “sciences”–astrology, alchemy, spiritualism, kabbalah, etc. This was an attempt to legitimize esoteric phenomena in the face of the scientific revolution. Even Aleister Crowley, in his famous definition of magic, declares it a science.

Occultism’s attempt at linking the esoteric and the scientific would go on to be a major influence on what we now know as New Age–a system of ideas, practices, and beliefs that are loosely related to the Western esoteric tradition, but that place a greater emphasis on a holistic view of the universe in opposition to secular modernity’s emphasis on dualism, reductionism, and rationality.

If you need any proof of the New Age’s fascination with linking the esoteric and the scientific, look no further than the Gaia hypothesis, the Findhorn community, and books such as The Tao of Physics

, which use contemporary science to validate spiritual ideas and vice-versa.

Hopefully these magick words will help you to unlock open the doors to greater wisdom.

(Much of the information on the magick words in this article is indebted to the work of Wouter J. Hanegraaff, Antoine Faivre, and Arthur Versluis.)