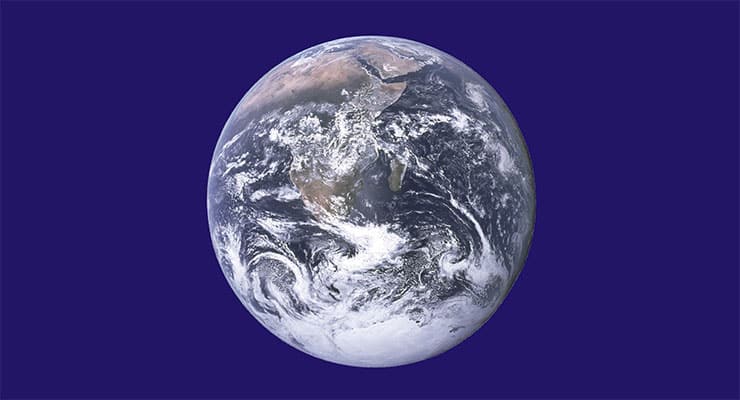 Learn how to save Earth with these seven keys to surviving and thriving, and solving the many challenges we face as a species and as a planet.

How can humanity navigate its way through the current global crisis to safely reach a future Utopia? If you want to learn how to save Earth and turn the fate of the planet around, read on.

In October, The Guardian reported on a group of experts that were struggling to learn how to save earth:

A disparate group of experts from around the world will meet for the first time on Thursday for talks on what must rank as one of the most momentous decisions in human history.

The question confronting the scientists and other specialists is straightforward enough, even if the solution is far from simple. Is it time to call an end to the epoch we live in and declare the dawn of a new time period: one defined by humanity’s imprint on the planet?

RELATED: 4 Astronauts Who Had Spiritual Experiences ‘Up There’

It will probably be a while before the group reaches a consensus of whether or not we are living in such an epoch defined by “humanity’s imprint on the planet.” In the meantime, it is not very difficult to look around and see that a global crisis abounds: temperatures are rising (along with sea levels), global economies remain dependent on fossil fuels, perpetual war seems like it’s here to stay, civil liberties are being stripped away by mass surveillance, and social justice is being weighed against a brutal police state. We need to define a better humanity before the planet can be defined by humanity’s impact upon it.

If there is any hope of global change, it must first begin within the individual, and then the local community. Gandhi’s classic aphorism still holds true: “Be the change you wish to see in the world.” Want to learn how to save Earth? That’s where to start.

Below are seven ways to learn how to save Earth, radical and positive strategies that can guide humanity through the current global crisis.

RELATED: Go Off the Grid With an Earthship, a Sustainable and Cheap Way to Live Free of the System

Researchers at Yale School of Medicine’s Department of Surgery and the Yale School of Engineering & Applied Sciences joined forces with leading 3D bioprinting company Organova to develop 3D printed tissues for transplant research. Meanwhile, researchers at the University of Wollongong and ARC Centre for Excellence for Electromaterials Sceince (ACES) at St. Vincent’s Hospital in Melbourne, Australia have teamed up to utilize 3D bioprinting to study the human brain, with the hope of curing brain disorders such as epilepsy and schizophrenia, as well as repairing head injuries.

The number of donors for vital tissue and organ transplants continues to decrease worldwide, and yet the demand for transplants increases. 3D bioprinting, also known as tissue engineering, offers a solution to the longstanding and growing issue of the lack of donors needed for transplants. It could also shorten the amount of time that patients have to wait for organ and tissue transplants.

“This field may provide a unique and new opportunity where we can print 3D organs that can supplement or replace the shortage of organs out there worldwide,” said Dr. John Geibel, vice chair and director of surgical research at Yale School of Medicine.

Neuroscience could potentially see big breakthroughs thanks to 3D printing as well. A brain disorder such as schizophrenia remains difficult to understand and treat due to its inability to be studied through animal research, as the condition is unique to humans. But that might change thanks to the research being undertaken by ACES in Melbourne, Australia. 3D printing potentially lead to cures for a host of other neurological conditions, such as epilepsy, and also aid doctors in treating sever brain injuries. It could also provide transferable tissue that could be implanted into a human brain.

“With the opportunity and realisation that natural and synthetic biomaterials can be used to support and control cell and tissue engineering, I believe we can better model healthy and disease biology for understanding disease processes, drug development, and tissue replacement therapy.”

While 3D bioprinting has not yet been demonstrated on a real and measurable scale, the field is rapidly advancing. In a very short period of time we might see organ “assist” programs in which a bioprinted organ could temporarily replace a failing organ while the patient waits for a full transplant. Eventually, tissue constructs might even be used to restore tissues or organs damaged by injury, disease or even normal aging.

“We are at a very exciting time in stem cell and regenerative medicine research and technology development,” Crook said.

(This section was contributed by Kevin Gamble.)

Could graphene—a super-thin substance only a single atom thick that is stronger than diamond, bendable, and usable for computer screens and solar power—revolutionize the world’s energy future? Two new discoveries suggest that might be the case.

Graphene is an allotrope of pure carbon, arranged in a honeycomb-like lattice structure, resulting in a sheet material a single atom thick. Hailed by many as a “wonder material,” and a likely successor to silicon, graphene is being set up to be the next technological milestone, especially in the fields of energy and electronics. The first potential breakthrough has shown that graphene is extremely efficient in the conversion of light into electricity, far more efficient than our current crop of solar cell technologies. The second breakthrough highlights a new graphene-based energy storage technique, which could completely transform the way we store energy and charge electronic devices (including our EV’s).

Frank Koppens, who headed up the study, notes:

“It was known that graphene is able to absorb a very large spectrum of light colors. However now we know that once the material has absorbed light, the energy conversion efficiency is very high. Our next challenge will be to find ways of extracting the electrical current and enhance the absorption of graphene. Then we will be able to design graphene devices that detect light more efficiently and could potentially even lead to more efficient solar cells.”

PV cells have traditionally been made with silicon. While an extremely abundant resource, purifying silicon and forming it into crystals and then cutting it into sheets for solar cells is an energy and time intensive process. PV cell efficiencies using silicon have topped out at around 25% for the most widely used solar cells, while the most advanced multi-junction cells have reached only 44% efficiency. Graphene has the potential to dramatically change the PV market, through the development of highly efficient, malleable, and easily mass-producible solar cells.

This week also saw UCLA researchers Ric Kamen and Maher El-Kady announce their recent work with graphene. Using off-the-shelf commercial DVD-burners, the team has developed a simple yet profound method for producing graphene sheets. As if their methods for fabrication were not novel enough, yielding the potential to efficiently mass produce graphene sheets, it’s their “accidental discovery” which is most exciting.

By embedding electrodes into their graphene discs, El-Kady and Kaner found that the energy storage capabilities far exceeded their expectations. They speculate that if their work pans out as they hope, it may be possible to apply these super capacitors towards charging electronic devices in record time, such as getting a full charge on a Smartphone in seconds, and—more importantly—fully re-charging batteries on Electric Vehicles (EV’s) within a minute. This discovery alone could help towards solving some of the problems associated with EV’s, particularly slow-charge times, and the lack of a charge-station infrastructure. Better yet, since they are made out of pure carbon, they could be composted when they are spent.

While this new research on graphene looks to be extremely promising, it will still take some time before it will be able to be mass-produced at an affordable rate. Nevertheless, it is work like this that could do wonders for enhancing the world’s energy capabilities, moving us towards a more sustainable future.

While quick charging times is certainly helpful for everyday stress, and could help advance the spread of EVs, it is the PV applications which the world stands to benefit the most from. With the development of cheap, malleable (yet extremely strong) and transportable PV cells we could radically change our energy infrastructure, moving ever closer to a de-centralized, distributed power, where any surface, including your own body, could become a source of power generation. That’s all the more reason to increase funding into this research, and related technologies.

Sustainable energy resources like wind and solar have the potential to virtually replace our dependency on fossil fuels. They can also provide developing nations with energy autonomy.

Entheogenic substances have been known to indigenous cultures for millennia to induce mystic states and deprogram the nervous system from social maladies, and Western science has been arriving at the same findings for a number of decades.

As we learn how to save Earth and heal the ills of our planet on both the local and global scales, the next step to ensure the survival of the species will be multi-planetary civilization. If we don’t figure out how to save Earth, at least we’ll have backups.

So, how to save Earth? This is only the beginning. In the words of Barbara Marx Hubbard, “The future first begins in imagination, then in will, then in reality.” We hope this guide has inspired you and shown you how to save Earth, because we need all the help we can get!