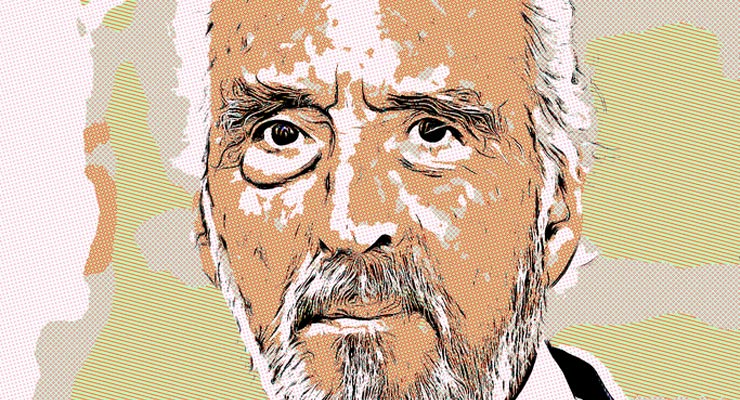 Legendary British actor Christopher Lee narrates a documentary on the Tarot, its history, its use for divination and its occult power…!

Watch the embedded video below to see an amazing documentary on the Tarot narrated by Christopher Lee.

Lee is a legend in sci-fi, fantasy and horror films. He has starred as Dracula in Hammer’s Dracula series, Lord Summerisle in The Wicker Man, Saruman in Peter Jackson’s Lord of the Rings films, and Count Dooku in the Star Wars prequels. His screen resume—not to mention his voice—make him a perfect match to narrate a documentary on the mysterious history and tradition of the Tarot.

On Christopher Lee, from Wikipedia:

Sir Christopher Frank Carandini Lee CBE CStJ (27 May 1922 – 7 June 2015) was an English character actor, singer, and author. With a career spanning nearly 70 years, Lee initially portrayed villains and became best known for his role as Count Dracula in a sequence of Hammer Horror films. His other film roles include Francisco Scaramanga in the James Bond film The Man with the Golden Gun (1974), Saruman in The Lord of the Rings film trilogy (2001–2003) and The Hobbit film trilogy (2012–2014), and Count Dooku in the second and third films of the Star Wars prequel trilogy (2002 and 2005).

Lee was knighted for services to drama and charity in 2009, received the BAFTA Fellowship in 2011, and received the BFI Fellowship in 2013. Lee considered his best performance to be that of Pakistan’s founder Muhammad Ali Jinnah in the biopic Jinnah (1998), and his best film to be the British horror film The Wicker Man (1973). He frequently appeared opposite Peter Cushing in Hammer Horror films, and late in his career had roles in six Tim Burton films.

Always noted as an actor for his deep, strong voice, Lee was also known for his singing ability, recording various opera and musical pieces between 1986 and 1998, and the symphonic metal album Charlemagne: By the Sword and the Cross in 2010, after having worked with several metal bands since 2005. The heavy metal follow-up Charlemagne: The Omens of Death was released on 27 May 2013, Lee’s 91st birthday. He was honoured with the “Spirit of Metal” award at the 2010 Metal Hammer Golden Gods Awards ceremony. Lee died from complications of respiratory problems and heart failure on the morning of 7 June 2015, at the age of 93.

To learn more about the Tarot, check out our online course on Mastering the Tarot.