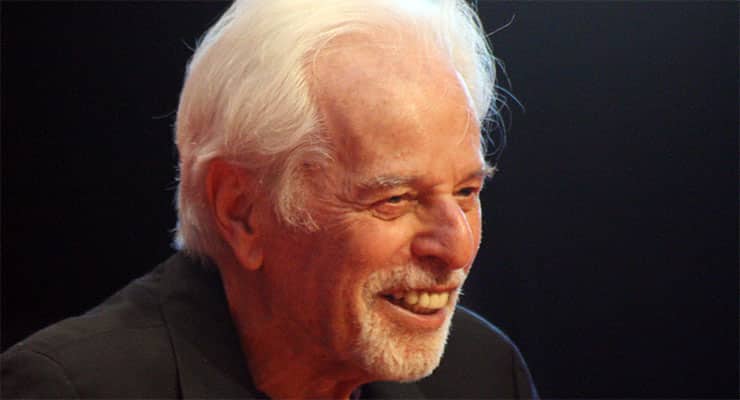 (And by the way—if you’re ready to not only learn but absolutely master the Tarot, check out our online course on how to Master the Tarot!)

Jodorowsky has long been a proponent of the power of the Tarot to transform and heal the negative emotions that we inherit from our parents. In his autobiography The Dance of Reality, he wrote:

I began my Tarot reading sessions at the same time that I was writing the comic The Incal for Moebius. The more I progressed with the readings, the more I noticed that all problems have their roots in the family tree. To examine a person’s difficulties is to enter into the psychological atmosphere of his or her family. I realized that we are marked by the psychomental universe of our families. We are marked by their characteristics, but also by their insane ideas, their negative feelings, their inhibited desires, and their destructive acts.

The father and mother project all their phantoms onto the expected infant. They want to see him or her do what they themselves could not experience or accomplish. Thus, we assume a personality that is not our own, but comes from one or more members of our emotional environment. To be born into a family is, as it were, to be possessed.

Below are four videos of Jodo discussing the power of the Tarot to transform lives.

In the seven minute documentary embedded below—originally included as a special feature on the Holy Mountain DVD release—Alejandro Jodorowsky provides a brief and lucid explanation of the 22 Major Arcana of the Marseilles Tarot.

In the two clips embedded below, you can see Jodorowsky at work as he gives a Tarot reading to Daniel Pinchbeck, author of Breaking Open the Head.

“I don’t see the future,” he tells Pinchbeck, “only the present.”

3. Alejandro Jodorowsky on the Tarot

In the video embedded below, Jodorowsky discusses therapeutic use of the Tarot and how it can be used to heal the individual along with society.

The video is the first part of six, but the other five parts are unfortunately not uploaded to YouTube.

“Psychomagic” is a therapeutic system developed by Jodorowsky that incorporates Tarot, Eastern philosophy, art and psychotherapy to heal emotional problems. Embedded below is the first part of a documentary in which he walks us through his radical approach to emotional healing (the rest is also on YouTube).

To even further dive in to the healing and transformative power of the Tarot, check out our online course on how to Master the Tarot!