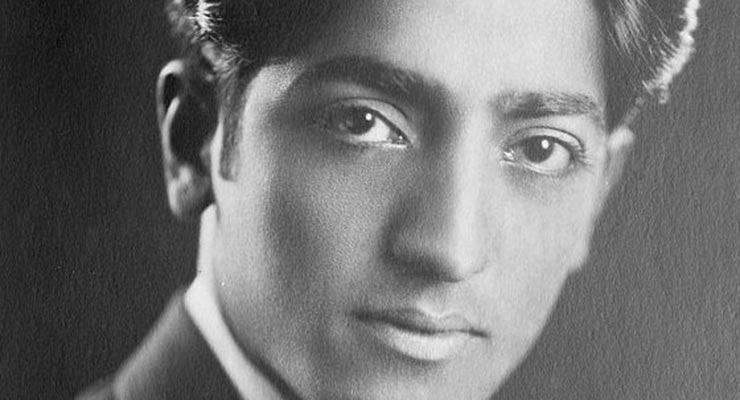 Fed up with the 9-to-5? Spiritual teacher Jiddu Krishnamurti offers his sage advice on how the modern work week might actually be bad for you and society

In the video below, spiritual teacher Jiddu Krishnamurti responds to a question about how in the modern world can the teachings of a spiritual master reach people trapped in a 9-to-5 job.

It’s a question that any modern spiritual seeker must pause to ask themselves or their teacher. The slog through the 9-to-5 workweek is spiritual imprisonment, but there are necessary jobs that need to be done. Does this mean that spiritual teachings are reserved for the elite few? We all need to pay the bills after all, so isn’t a little arrogant to think that people can just give up their jobs because they had a spiritual awakening?

“Most of us accept this prison, this routine, right? We accept it,” Krishnamurti says. “So what shall we do? Nobody, as far as one is capable of sufficient observation, nobody has questioned this. We say it is normal, it is the way of society, it is the way of our life, it is the way we must live.”

The mind is capable of so much more than monotonous routine. It is capable of imagining, designing, and manifesting a society in which the 9-to-5 workweek is viewed as nothing short of imprisonment so intolerable that no criminal deserves it. We can build a society in which the office space and workweek are considered antithetical to the welfare of sentient beings. But will we?

“We are concerned with the whole of life, not just a career, 9-to-5,” says Krishnamurti. “But we are so conditioned to this idea that we must work and create a structure of a society that demands that you work from morning until night… We are all so timid, we are all so nervous, frightened, anxious, we want security which we think we have, which we haven’t got.”

RELATED: 3 Astronauts Who Had Spiritual Experiences ‘Up There’

How much is your security worth if you slave away your entire life for a small piece of it and end up dying too soon of a heart attack? Is it worth it if you work to support your family, but all they have left of you at the end of the week is an empty husk?

However, if all you do is complain about your job but take no initiative to change your situation, then maybe you should consider the workweek of the child slaves who pick the cocoa that goes into the bowl of chocolates you keep on your desk. And then think about exactly why it is we need more great minds like yours envisioning a better society.

Jiddu Krishnamurti was one of the most beloved spiritual teacher of the 20th century. He was initially discovered and groomed by the Theosophical Society to become a World Teacher, but eventually broke off and followed his own path. He died in Ojai, CA in 1986.