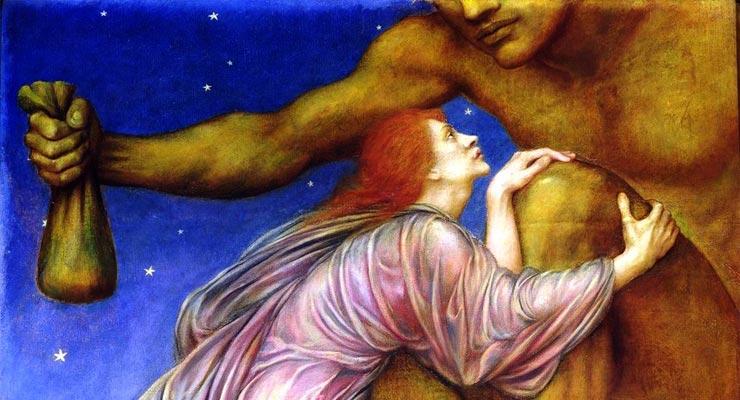 Is capitalism a memetic super-organism that uses humanity as a host—a new god created by the humans who serve it—that’s now devouring the planet?

This guest post on the true nature of capitalism is from dear Ultraculture friend Caleigh Fisher. For our podcast interview with her on Magick, TOPY and Wilhelm Reich, click here.

My thesis is simple. That capital, in whatever form it is in—dollar, pound, yuan—is a supra-biological organism much like a bacteria. It can eat anything—trees, rocks, oil, flowers, animals, time, energy and humans. It digests and metabolizes everything that it devours and turns it into more capital. It is by taking what naturally occurs and giving it “added value” that capital is created. This is how it is born, through the conversion of nature into something else: not nature.

But capital cannot accomplish this on its own. Capital in and of itself does not exist. It is an infectious idea. It is a meme gone wrong. Being an idea, it does not exist in this dimension except as an idea. It inhabits the imaginary universe. It is a concept that is trying to slowly eat this entire planet. It has already infiltrated almost every square inch of the earth, and has plans for sporulating onto the moon and Mars. It has infected almost every human to one degree or another. Those it hasn’t actually infected, or those whose immune systems have fought it off, still have to live in a world that is thoroughly controlled and created by capitalism. This culture does not serve humans.

Just look around for a moment. Capitalism is not being used for the betterment of humanity. This culture does not serve humans, and certainly doesn’t serve nature. It serves capital. It is designed so that more capital will be created. Forests will be leveled, mountains ground into dust, thousands will die in these endeavors—to create more capital. It uses us to create more of itself while giving us various diversions along the way to keep us content and pliable. Any benefits to humanity from capitalism are by-products. It has found a symbiote host species, and it needs to look after them and have them multiply so that it can increase its range and influence.

When I use the word capital, I mean a symbolic object that represents some amount of labor performed by humans. Whatever form it comes in, capital is in essence control incarnate… or discarnate. People are under the belief that they use capitalism to achieve their own ends, but I submit that it is capital/control that is controlling people. It infects their brains so that they want more and more control/capital in their lives, but what control/capital is doing is getting the humans to create more of itself. Humans are the tools of control/capital. Capital uses humans to create more of itself, and it has even modified the laws in the world so that capital can exert more influence over human processes. The intrusion of capitalism into the political system isn’t about humans becoming wealthy through their lack of ethics, it’s about capital gaining more control over the workings of the planet so that it can create more of itself. Since capital doesn’t exist physically, it has to use humans to achieve its ends. We are the only animal that has so far been infected by capitalism, though every other animal and plant and microbe has felt capital’s influence.

Every species on earth has its nemesis which keeps it in check. Capital has no known enemy—no real predator, at least. Every animal is bound to the prey/predation cycle. Even those at the top of the food chain have to rely on sufficient prey to keep their numbers up. If the prey declines, so does the predator. And there is always disease and random accident, fights with neighbors, etc. to put some pressure on every species from plankton to pythons. But capitalism has no known enemy. There are forces and events that have slowed its growth, but every single economic activity has the goal of creating more capital, or moving capital around. When you buy something, you don’t use up capital, you move it around. If you buy a house, you shift capital to the previous owner, but the capital is not used up. You bought the house for $134K, but you’re now selling it for $210K—you just helped create $77K in capital. The interest that you pay on your mortgage is in essence a promise to create more brand new capital. That is what interest is. It is capital making you promise to make more of it for the privilege of being its courier, its vector of further infection. We aren’t using money, money is using us.

When discussing this idea, a friend suggested that it wasn’t capital that was the danger, that it was technology that was driving this process. I argue that technology in some forms existed pre-capital, and that it was integrated into a pre-capital lifestyle which discouraged the wanton maximal “use” of everything around. Blowguns are used in the Amazon, but the tribes there didn’t just keep on hunting more and more animals in the hopes that they could get someone to buy their excess kills. What is this “buying” thing? You hunt what you can for what you need to survive. There’s no point in killing more than you can eat or store safely. Tomorrow or the next day we’ll go hunting again, and there will be more peccary or deer. To try and hunt down all of them today is just foolishness. There’s even archeological evidence that the bow and arrow was introduced to Australia millennia ago and was rejected by the people there as being too efficient. With a tool like that, you might be tempted to hunt more than you needed. The boomerang made sure that hunting was a proper challenge and meant that overpopulation was never an issue. Capital wants overpopulation, more people, more vectors, more flesh machines to cut down forests, dig up stones, grind up grains, all of which will create more capital.

So—how do we kill capital? That is the question we need to answer for our survival. Don’t think that capital has some special love of humans. We may have created it and are at present its most effective tool, but the development of all technologies and machinery have been at the service of capital. Automation creates capital more efficiently than having humans do all the work. When automation first came into being, humans thought that we would soon have lives of leisure, that automation would free us. This has clearly not been the case. Automation was in fact a creation of capital so that it could multiply even faster and more effectively, and consume the planet even better than before.

Anthropologists tell us that neolithic humans, pre-capital humans, worked an average of 3-4 hours a day to have their necessities for survival, and despite physical hardships and other “suffering,” they led lives of spiritual fulfillment. In fact, they may very well have been happier than we are now. Capital wants us to want more, because that more is, at the base, more capital. Capital does not want us to be happy and satisfied and content. Capital wants us to feel like we need more of it, always. I need a better house, therefore I need to make more $ to buy that house. I need a new television with surround sound, which means I need more $ to buy it with.

Capital is controlling us, creating dissatisfaction which can only be filled by more things, and all things that aren’t nature are vectors for creation of capital.

This is no accident.