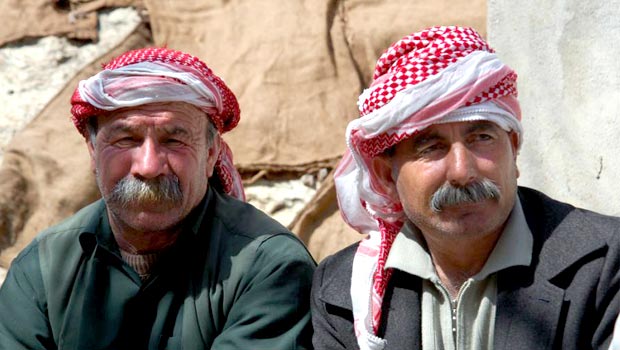 The Yazidi of Iraq are being genocided by ISIS—who are they, why do they have a “devil worshipper” reputation, and what can we learn from them?

America is returning to Iraq to carry out airstrikes against the Islamic State—previously known as ISIS and ISIL—who have been killing members of several Iraqi minority groups, including the Yazidi, Shabkas, Turkmen and even Christian nuns (a recent video showed ISIS militants beheading a Christian after forcing him to convert to Islam; another purportedly showed them mass-killing over 1,500 people).

Over 2,000 members of the Yazidi sect were killed in one day—more than the entire death count in Operation Protective Edge—with up to 30,000 more stranded on Mount Sinjar by ISIS, who are now beginning to starve. Obama, in authorizing food drops and air strikes, has called ISIS’ actions a “potential genocide.” In an appeal to the Iraqi parliament, Yazidi legislator Vian Dakhil stated that “an entire religion is being exterminated from the face of the Earth.”

The Islamic State has openly proclaimed its hatred of the Yazidis, who it deems “devil worshippers,” and declared its intention to execute or enslave the members of the minority sect—of whom only 700,000 remain in the world, 200,000 of which live in Nineveh, where the Sinjar Mountains are located.

But who, exactly, are the Yazidis? For many, the news of their genocide is the first they’ve heard of the sect—but the group not only has one of the most elaborate cosmologies in world religion, they also may be one of the primary survivals of Gnostic ideas. Like shamanism, Gnosticism posits intermediary and in some cases malevolent creator deities in between God and humanity—in the case of the Yazidis, their worship of Melek Taus, a “peacock angel” sometimes referred to as Shaytan, the same name that the Qu’ran gives to Satan, accounts for their reputation as “devil worshippers” not only in the minds of mainstream Islam and extremist groups like ISIS, but also their strange status as inflated, romanticized heroes among Western Satanists and occultists.

The Yazidis’ beliefs are a mix of Islam (including Sufism), Christianity (including Gnosticism), Mithraism and even Zoroastrian and other pre-Islamic Mesopotamian and Assyrian religious traditions. The religious ideo-complex may trace its origins to the ‘Adawiyya Sufi mystic order, who settled in the Yezidi mountains and may have blended esoteric Sufi beliefs with the local religions (a process similar to the birth of Tibetan Buddhism—when advanced esoteric adepts, in this case from India, melded their belief structures with the local tribal beliefs, in this case those of Bön shamanism).

While the Yazidis are monotheistic, they also believe in seven intermediary angels between God and man—a belief similar to Christian Gnosticism, which posits the existence of seven Archons or rulers (in some cases relating these to the seven classical planets known to pre-telescope man).

Primary among the seven angels, heft sirr or Heptad is Tawûsê Melek, frequently referred to as Melek Taus—a Peacock Angel. Similar to Lucifer, Melek Taus was considered pre-eminent among archangels, rising to become second to God himself, and finally refusing to submit to God’s rule out of Pride. In both Christianity and Islam, this is the rebellion that led to Lucifer/Satan/Shaytan’s exile from Heaven, falling to Hell to become the lord of demons. However, the Yazidis revere Melek Taus for his refusal to submit. Like the Gnostics, the Yazidi also consider Melek Taus the creator of the world—but worship him as a benevolent creator, whereas the Christian Gnostics (who, like the Yazidis, were persecuted and exterminated by mainstream religious authorities) believe that the original God was benevolent, while the lesser creator God—the demiurge Ialdabaoth—is the primary source of evil. 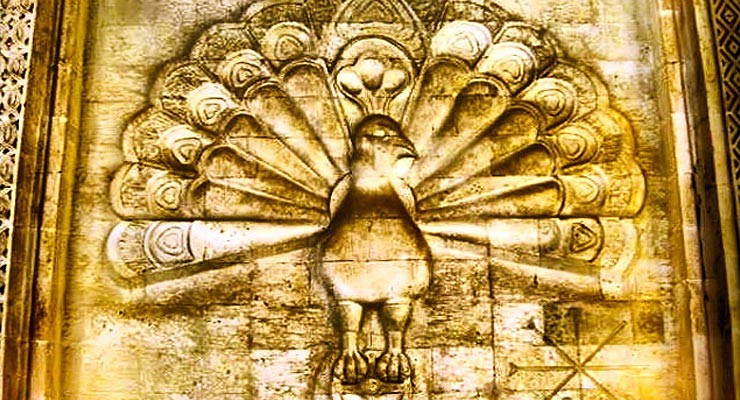 Tony Lagouranis, a US Army soldier who served as a torturer during the occupation of Iraq, and who later wrote the book Fear Up Harsh: An Army Interrogator’s Dark Journey Through Iraq about his experiences, recounted the creation beliefs of a Yazidi prisoner in his book:

There’s a lot of mystery surrounding the Yazidi, and a lot of contradictory information. But I was drawn to this aspect of their beliefs: Yazidi don’t have a Satan. Malak Ta’us, an archangel, God’s favorite, was not thrown out of heaven the way Satan was. Instead, he descended, saw the suffering and pain of the world, and cried. His tears, thousands of years’ worth, fell on the fires of hell, extinguishing them. If there is evil in the world, it does not come from a fallen angel or from the fires of hell. The evil in this world is man-made. Nevertheless, humans can, like Malak Ta’us, live in this world but still be good.

As Lagouranis mentions, the Yazidi posit that good and evil do not originate from supernatural beings but instead find their genesis in the heart of mankind, and that mankind is free to choose between them.

Because of this unique belief structure, which not only directly inverts mainstream monotheistic ideas but also appears to creates a positive worship structure around rebellion to the primary God (explaining their reputation as “devil worshippers”), the Yazidi have been the subject of intense romanticization by Western religious outsiders—including Theosophy founder Madame Blavatsky, Russian-Armenian mystic G. I. Gurdjieff, Sufi writer Idries Shah, Church of Satan founder Anton LaVey, and Aleister Crowley and his erstwhile student Kenneth Grant, who considered the Yazidi a kind of survival or even ultimate ur-source for an ancient left-handed tradition that they saw their own “Thelemic” work as the modern continuation or revival of.

As Yazidi beliefs were not—and still are not—widely understood, a lot of that clearly has more to do with these writers’ own romantic projections than reality (similar to how early 20th century writers like T. Lobsang Rampa created fantastical and ultimately nonsensical portraits of Tibetan Buddhism, when Western people had very little access to primary sources or contacts with actual Tibetan Buddhists).

But what is clear is that the Yazidi tradition is an incredibly complex and beautiful belief system, that we have a huge amount to learn from it, that it probably does represent the true survival of earlier Gnostic currents in both Islam and Christianity, and that its adherents need to be protected and rescued from the genocidal ISIS immediately. Whatever the wider political motivations of the US’s return to the Iraq region, I hope that the trapped Yazidis are rescued immediately, and their people in Nineveh and throughout the world are protected from harm.