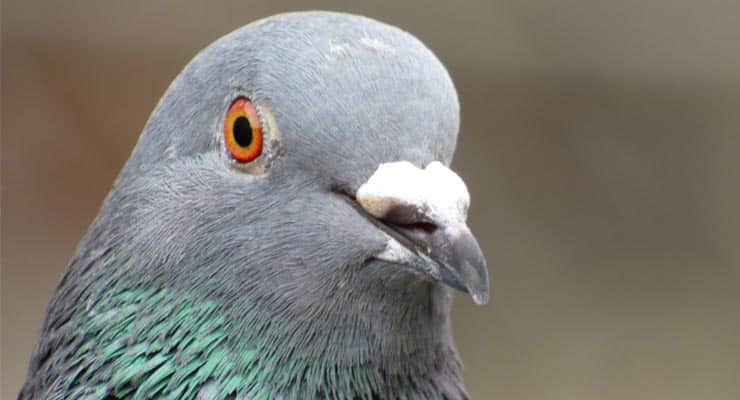 “You can put an infinite number of pigeons in two boxes, and no two pigeons will be in the same box,” according to the quantum pigeonhole principle, which is challenging everything we think we know about the universe

Everyone knows Schrödinger’s Cat, the unfortunate theoretical feline used to demonstrate the paradoxes that arise from quantum randomness applied to everyday objects. In this thought experiment, the cat is placed in a box with a 50% chance of releasing a toxin based on the probability of a particle decaying. Schrödinger suggested that while the cat was in the box, it was effectively both alive and dead until observed. This July, an international team of physicists led by Yakir Aharonov formulated a new animal-based thought experiment to demonstrate a paradox involving another strange behavior of quantum particles. They’re calling their discovery the pigeonhole principle.

Intuitively, if you put three pigeons into two pigeonholes, one hole must contain two pigeons. This seems as simple as basic counting. On a quantum level, however, even “counting” becomes peculiar.

According to Jeff Tollaksen, one of the physicists behind the quantum pigeonhole principle experiments, “You can put an infinite number of pigeons in two boxes, and no two pigeons will be in the same box.”

Even to Tollaksen, “It seems to be impossible, but it is a direct consequence of quantum mechanics.” When three quantum particles are placed into two boxes and observed, it was found that no two particles shared the same box. This observation is leading many physicists to reexamine some of the foundational principles of quantum mechanics. Moving forward, the manifestation of this paradox, like Schrödinger’s cat, will help physicists develop more accurate theories of quantum correlation and the relationship between particles and their observer.

To discover this pigeonhole paradox, Aharonov and his team was examining what Einstein called “spooky action at a distance,” a type of quantum non-locality. According to this principle of quantum non-locality, two particles that used to be next to each other still maintain a seemingly impossible connection when separated by a distance. When force is exerted on one of the entangled particles, the other reacts. This contradicts the basic law of classical physics that states matter must be in the same location as force to react to it. Quantum non-locality shows that this law of classical physics does not apply on a quantum level.

RELATED: Amplituhedron: A Quantum Butterfly Outside Space and Time

Another important discovery by Aharonov shows that both the past and the future influence the present. Post-selection asserts that future causes can create effects the present. Perceptually, time flows from past to future. From a quantum perspective, it is much more mutable. This is observed in the phenomenon of particles becoming entangled that haven’t encountered each other in the present or past, but may in the future.

Thanks to these new ideas, physicists now believe that, in some sense, particles everywhere are more connected than previously thought.