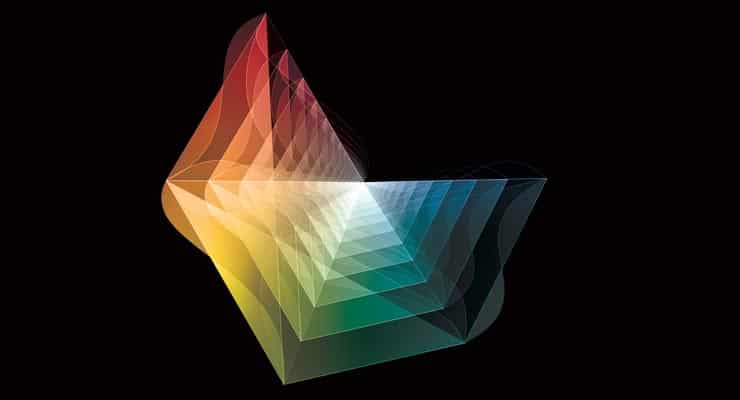 Meet the Amplituhedron, a newly-discovered geometrical object that challenges our most core assumptions about reality, even suggesting that space and time are not fundamental aspects of the universe

The amplituhedron: It’s a butterfly-like mathematical object that demonstrates that particle interactions (the most basic aspects of nature) are the results of geometry, radically changing quantum field theory.

For far more on the Amplituhedron than I can hope to explain, check out the article on the shape and its discovery at Quanta magazine:

Physicists have discovered a jewel-like geometric object that dramatically simplifies calculations of particle interactions and challenges the notion that space and time are fundamental components of reality.

“This is completely new and very much simpler than anything that has been done before,” said Andrew Hodges, a mathematical physicist at Oxford University who has been following the work.

The revelation that particle interactions, the most basic events in nature, may be consequences of geometry significantly advances a decades-long effort to reformulate quantum field theory, the body of laws describing elementary particles and their interactions. Interactions that were previously calculated with mathematical formulas thousands of terms long can now be described by computing the volume of the corresponding jewel-like “amplituhedron,” which yields an equivalent one-term expression.

For more on the Amplituhedron, check out Princeton’s Nima Arkani-Hamed present on the shape at SUSY 2013, the 21st International Conference on Supersymmetry and Unification of Fundamental Interactions.