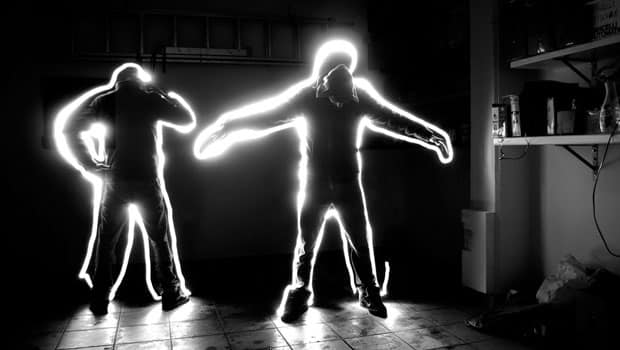 Watching a visualization of your own heartbeat can lead to what researchers are calling an “out of body experience,” a new study says.

Watching a visualization of your own heartbeat can lead to what researchers are calling an out of body experience, according to a new study. In the experiment, volunteers were fit with a “virtual reality headset” that showed them their own body standing in front of them, along with a visualization of their own heartbeat. The study subjects regularly disassociated from their own body, instead beginning to attach their consciousness to the “projected” double.

A visual projection of human heartbeats can be used to generate an “out-of-body experience,” according to new research to be published in Psychological Science, a journal of the Association for Psychological Science. The findings could inform new kinds of treatment for people with self-perception disorders, including anorexia…

Volunteers in the study were fitted with a head mounted display (HMD), which served as “virtual reality goggles.” They were filmed in real time by a video camera connected to the HMD, which allowed them to view their own body standing two meters in front of them.
By also recording the volunteers’ heartbeat signals using electrodes, the timing of the heartbeat was used to trigger a bright flashing outline which was superimposed on the virtual body shown via the HMD.

After watching the outline flash on and off in sync with the heartbeat for several minutes, the subjects experienced a stronger identification with the virtual body, reporting that it felt more like their own body. They also perceived that they were at a different location in the room than their physical body, reporting feeling closer to their double than they actually were, and they experienced touch at a different location to their physical body.

RELATED: An Oneironaut’s Guide to Lucid Dreams (in 7 Steps)

Oddly enough, the description of the experiment matches the classic instructions on astral projection—visualizing your body outside of yourself, and then identifying with it.

Seems like somebody should package a program and set of goggles for home use, doesn’t it?

To learn more about how to induce an out of body experience, check out our course on Astral Projection.