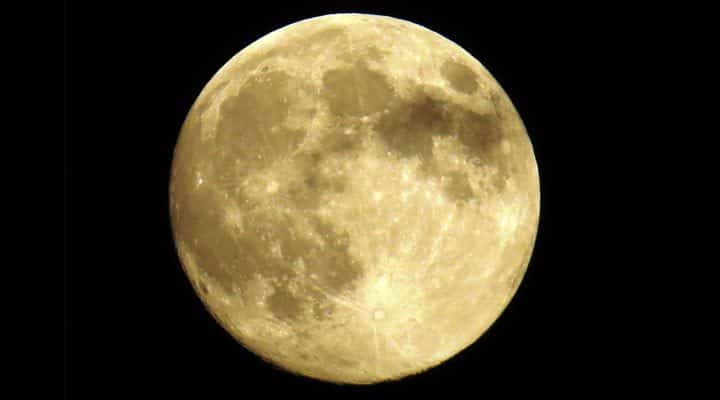 Study shows that the full moon may have a dramatic effects on sleep, and even brain chemistry

A new study has shown that the moon’s cycles have a massive effect on sleep cycles—suggesting that a full moon will keep people awake and even lower levels of melatonin. Not a huge surprise—anybody even slightly sensitive can attest to how much of an influence the moon plays on human psychology (not to mention the menstrual cycle). The “lunar effect,” which expresses how human behavior changes on the full moon, has been known since Babylon.

Science and myth rarely agree, but new research suggests that the lunar cycle could have an effect on the quality of sleep.

The study by researchers at the University of Basel in Switzerland found that even in the absence of moonlight, participants slept less deeply and for shorter periods during the full moon than at other lunar phases. It is a phenomenon already known in other organisms as the “circalunar rhythm”, but has never before been shown in humans.

Christian Cajochen, who was the lead researcher on the study, said: “A lot of people complain about bad sleep during moon stages, or they claim that ‘it was the moon’, and there’s a lot of myth involved. We decided to go back in our old data to see whether we could effectively quantify such an effect.”

Previous research has found no association between the phases of the moon and human physiology or behaviour. “While I’m quite cautious and sceptical about the data myself, I have to say after a proper statistical analysis that, to our surprise, we found something there,” said Cajochen. “There is a circalunar influence”…

The results, published in Current Biology, showed that around the full moon, subjects’ brain activity associated with deep sleep decreased by 30%, they took 5 minutes longer to fall asleep, had 20 minutes less sleep overall and lower levels of melatonin – a hormone known to regulate sleep. These findings correlated with the volunteers’ own perception that sleep quality was poorer during the full moon.

Possibly because of the melatonin changes, full moons are excellent times to attempt astral projection or lucid dreaming—you can learn how to astral project here and how to lucid dream here!