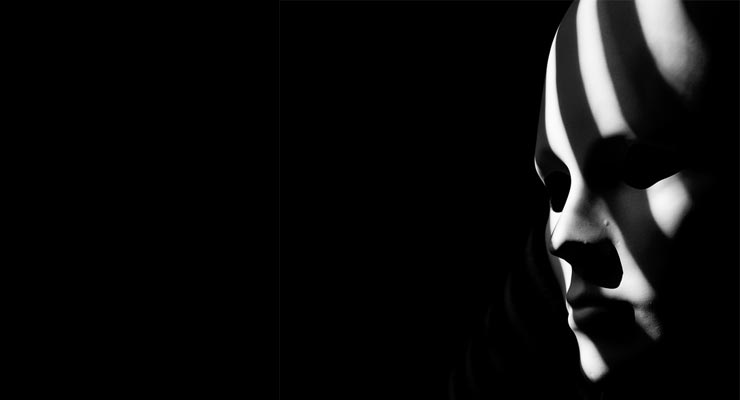 If you’ve ever asked yourself “Am I Real?”, you’re not alone: According to the Buddha, you might actually be close to enlightenment. Here’s why.

The core insight of the Tathagata, Gautama Buddha, was that there is no core self. There is nothing you can truly point to and say “this is me.” The answer to “Am I Real,” for the Buddha, was a resounding No. The Buddha considered the self to exist only in relation to other beings or situations.

This historical insight, which the Buddha gained at his enlightenment some time between the 6th and 4th centuries BCE, stood in direct contrast to the Indian Vedantic schools which proclaimed that enlightenment consisted of grasping the innate, unchanging core of one’s self, the Atman. But no such Atman exists, claimed the Buddha. There is no Self. Am I real? No. Nothing perceiving, nothing changing, nothing born, nothing that dies—nothing, even, that can truly be said to reincarnate as a whole package from lifetime to lifetime. You may ask “am I real,” and seek to discover yourself, but in fact, there’s no “there there.”

This singular insight prompted the four turnings of the Dharma and the immense diversity of Buddhist schools that flowered throughout Asia in a historical period running roughly parallel to the spread of Christianity throughout Europe. Both religions were founded upon a lone, revolutionary reformer figure—Buddha, the reformer of Hinduism, and Christ, the reformer of Judaism. Both directly espoused the nature of the world as unceasing suffering, and outlined a code of ethics and practice that individual human beings could follow to achieve states of freedom from that suffering, without need of an intermediary priesthood (the priesthood came later, and boy did it ever).

The insight that there is no intrinsic self lay at the core of the Buddhist rejection of violence. If reality is only a series of disjointed perceptions, how can we ever truly “know” another enough to necessitate we destroy them? We only see a behavior, interpreted through our own nervous system and specific moment in time. There’s no “there there.” Just perceptions, and interpretations.

The Buddhist memetic complex, which flowered from this initial insight, evolved into a major driver for several major civilizations. It is an old insight, one which may be fruitfully compared and contrasted with the insights of competing religions, or even (very arguably) be superseded by later transmissions like Liber AL vel Legis.

But practically, experientially speaking, in the world of day-to-day living, this core insight holds true. Simply put: Whether or not your “true self” actually exists, it is at no time on stage in the day-to-day affairs of the world. What is on stage, what does compete in the marketplace, is a series of stories about you.

Consider the selves you enact during the day. There is a self for when you are alone, the self or role you play for your boss and co-workers if you have such relations, your lover(s) if you have them. For each person you meet in the street, for the cop who tickets you, for the person you buy groceries from.

RELATED: Here’s an Incredible Map to Higher Levels of Consciousness

Each and every person you meet, in fact, constructs a story about who you are based on your interactions, just as you do for them. This story will be a mixture of their perceptions of you, whether accurate or inaccurate, with their own past experience, chemistry, mood at the time, etc. It will not be based in any way on any kind of objective reality. The Buddhist view, then, is that reality is the sum total of these projections, a dependent arising of beings simultaneously projecting, and that it is all bullshit.

But practically speaking, these stories are your gods, even if fictional. Whether these gods co-operate, or are at vicious war with each other, will likely determine your happiness in this life.

The story your boss holds about who you are, for instance, will determine your job security, upward mobility, and pay rate. Maddeningly for you, this story will not be based on any kind of intrinsic worth, your past history or your real ability. It will be based on things like how you dress, if you meet deadlines, and if you fill out your paperwork promptly. That is, the slice of your reality that directly intersects and affects your boss’s reality. Nothing else is perceived even if you feel it internally. It is like this for all relations with other beings, even the most intimate ones, and it is these negotiations of reality and perception that maintain the illusion we call the social contract.

The great ascetics of our religious history, from whatever tradition, have sought to break from this social contract, realizing that it defines a perceived-as-false self that arises totally from negotiation with society. They have instead repaired to monasteries and lonely places to seek the reality of the self within themselves, far from the madding crowd. But as the Buddha discovered, and many have since, there’s just no “there there”; in asking “am I real,” they discovered that they were not, and that therefore they were free. Perhaps it is within the bounds of the social contract that we perform the self, through the lens of others and inter-relation that we find that self. It is in the daily grind and frustration of the marketplace and relationships, far more humbling to the ego than isolation, that we enact our essence.

This is one of the great gifts not of Buddhism and the Eastern traditions, but of the Western way. To understand that all stories are untrue is one step, but to embrace the delight of the fiction, to “dance the mask and mask the dance,” is even better than a dry religious enlightenment.