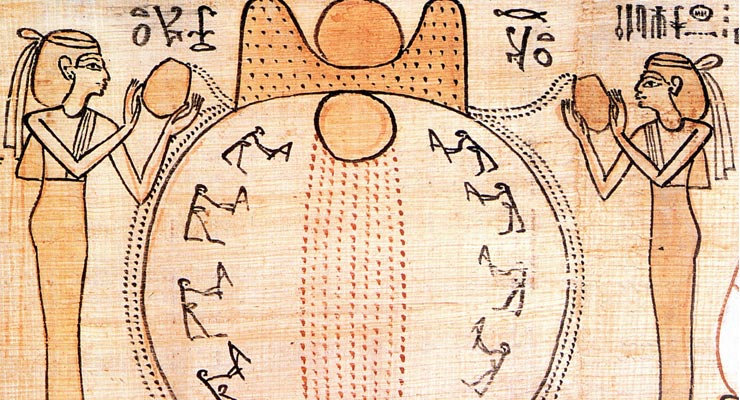 The Big Bang and the Biblical creation narrative are far from the only stories about how the world was created. Here’s five incredible mythological stories about the creation of Earth from around the world…!

All mythological stories and traditions address the creation of the world in some way. In fact, creation myths are the most common form of narrative across all civilizations—humans have always struggled with the question of how everything came to be as it is.

The explanations formulated by historical cultures are exquisitely diverse. Mythologists Mircea Eliade and Charles Long have identified five basic thematic categories that most of these tales fit into. Though others have proposed alternative systems of categorization, Eliade and Long’s structure provides a simple way to conceptualize the various relationships between humanity and ideas of creation. 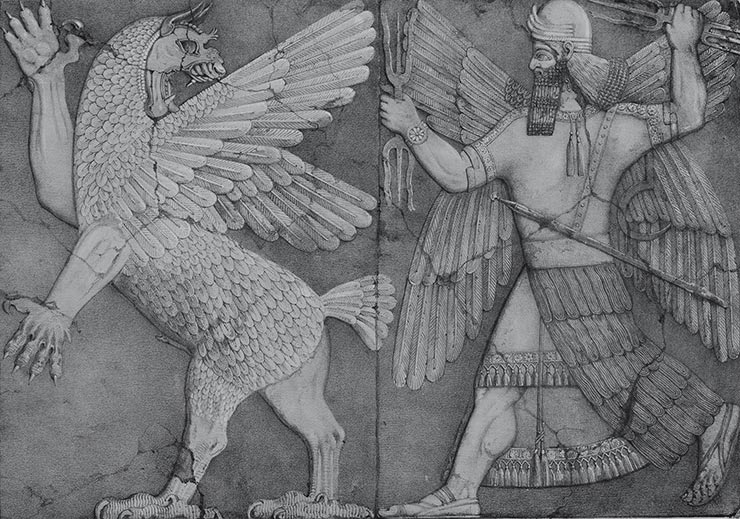 Many mythological stories can be identified as creation from chaos. These stories often describe a primordial, disordered, pre-existence state before the beginning of time. Creation then occurs when the chaos encounters an ordering force, frequently anthropomorphized, creating the material universe as we know it.

The Babylonian creation myth describes the union of Tiamat, the goddess of chaos and the oceans, with Abzu, the god of fresh water, in a primal realm. A tablet known as Enuma Elis, dated to the 7th century BCE, describes the elemental, chaotic sea in which Tiamat and Abzu united:

When the sky above was not named, and the earth beneath did not yet bear a name, and the primeval Abzu who begat them, and chaos, Tiamat, the mother of them both, their waters were mingled together, and no field was formed, no marsh was to be seen, when of the gods none had been called into being.

Another form of creation from chaos is the trope of the cosmic egg. In the mythological stories of the ancient Greek religion Orphism, the primordial, hermaphroditic god Phanes was born from the Orphic Egg. The Orphic Egg formed naturally from the actions of Chronos, or time, and Ananke, or necessity. Similar to the Babylonian narrative, Phanes then unites with Nyx, the goddess of night, effectively creating the universe.

A variant of the Cosmic Egg also appears in Hindu and Vedic mythology, first in the Rig Veda, which is then expanded upon in the Upanishads. The Hiranyagarbha, or Golden Womb, floats through the primordial chaos between incarnations of the universe. Eventually, it splits in two, forming the Heavens and the Earth. 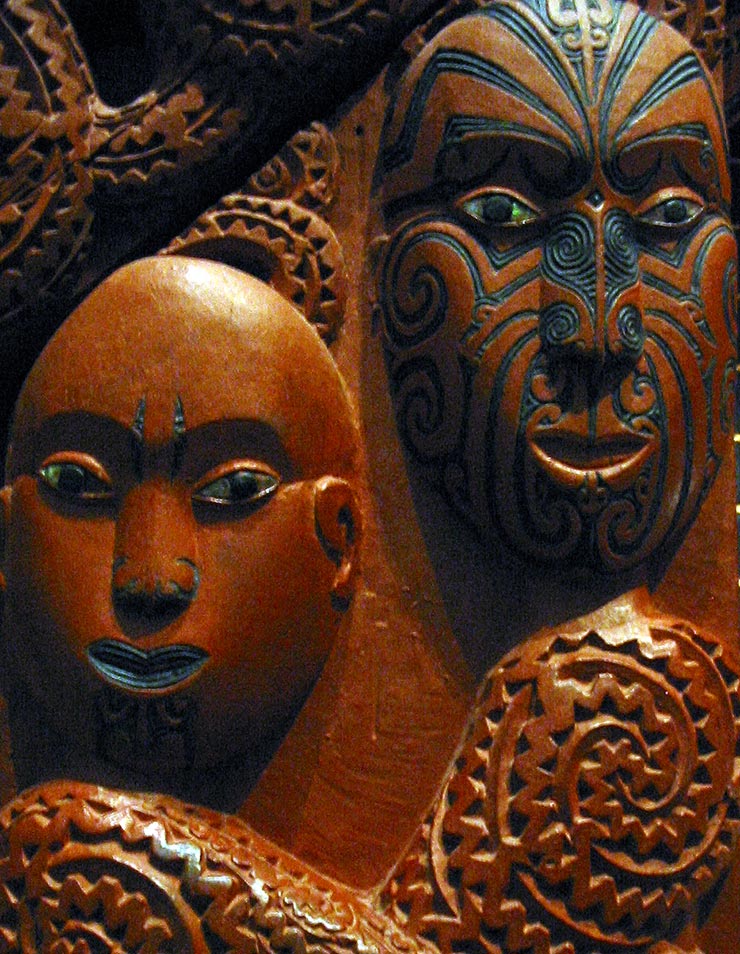 Ex Nihilo, or creation from nothing, describes the category of mythological stories in which the universe blinks into existence from absolute nothingness. This usually occurs through the will of a deity, but it is also sometimes spontaneous or accidental.

A common example of Ex Nihilo creation appears in Judaism, Christianity and Islam as the Genesis narrative. In these traditions, God creates the universe in six days through will alone, accompanied by the well-known words “Let there be light.”

The Ancient Egyptians of Memphis possess a similar myth but offer a deeper explanation of the mechanism of creation. Ptah, the god of craft and architecture, was envisioned as the primary deity of the Memphites. They believed a master artisan could envision a perfect finished product before shaping the raw materials needed. Ptah’s mastery of craft was so great that as he envisioned the universe and began to name the things he imagined, they materialized into existence. This legend may have influenced Masonic thought, which regards the creator as a divine mason or architect.

A more unique variant of Ex Nihilo creation comes from the mythological stories of the Kuba culture of Central Africa. Before the universe, there was only darkness and water, inhabited by the giant, pale god Mbombo. Eventually, Mbombo felt an intense pain out of nowhere, and vomited the sun, moon and stars into existence. The sun evaporated the water, creating the clouds and land. Mbombo felt better for some time, but soon became ill again, and vomited once more, this time creating all of the animals. In this schema, the creation did not occur through Mbombo’s will; rather his spontaneous nausea sparked the clockwork of creation.

3. Creation From the Body Parts of a Primordial Being 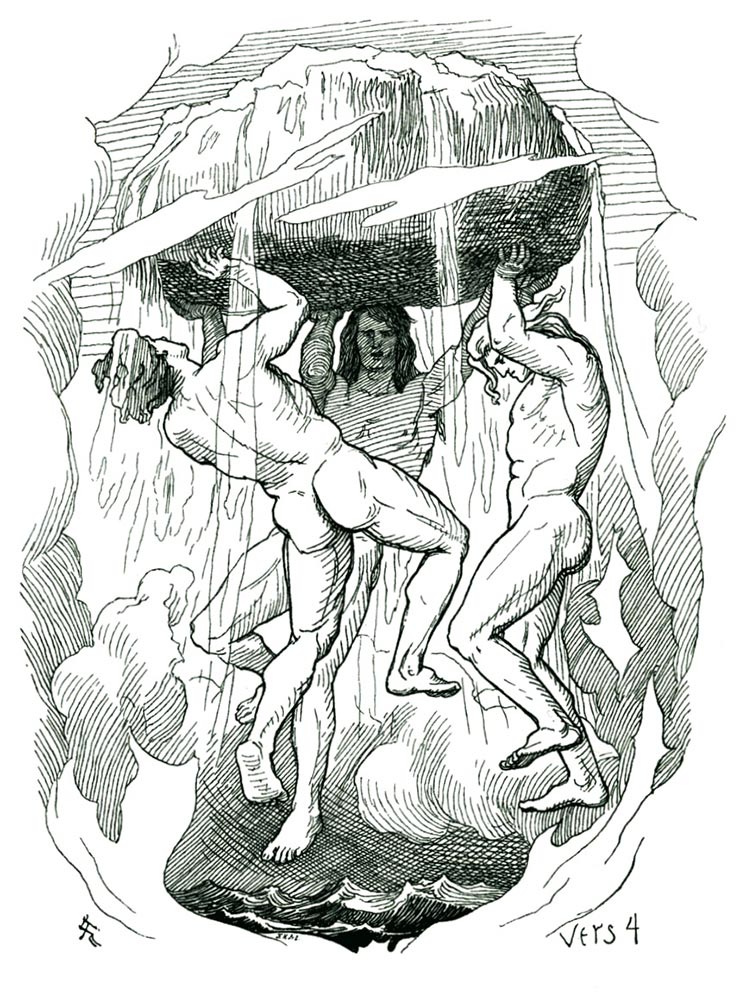 One of the most common forms of mythological stories involves different aspects of the universe emerging from the body parts of a deity. Sometimes, a single deity is somehow cut to pieces which then become the components of the material world, like the sky, ground, and water. In other variants, a united pair of male and female deities is separated. The “vacuum” created by this separation, the space between them, fills with the material universe.

In the Ancient Egyptian culture at Heliopolis, which existed alongside the Memphites, the universe evolved from the body of the god Atum. Atum existed in a primordial sea of nothingness. Through a sort of hermaphroditic reproduction or divine masturbation, Atum united with his own feminine energy and manifested Shu, god of the air, and Tefnut, goddess of rain. Tefnut and Shu then united to create the Earth and Sky, Geb and Nut. Geb and Nut then united, creating the principle deities Isis, Osiris, Nephthys, and Set, who created or gave birth to everything else. In this system, humans, among all other things, are direct descendants of the body of Atum.

Norse Mythology contains an example where the universe is created from the dismembered pieces of a primordial being. This is a fairly common idea across many traditions. In Norse tales found in the Poetic and Prose Eddas, the three gods Odin, Vili, and Ve killed the primordial frost giant Ymir. His body was cut into pieces, and a different aspect of the universe emerged from each one. Odin, Vili, and Ve created the earth from Ymir’s flesh, used his blood to fill the oceans, his bones and hair became the hills and trees, his brain become the clouds, his skull became the heavens, and his eyebrows formed Midgard, the realm of the humans.

In Maori cultures of the Pacific Islands, creation is caused by the separation of the Earth and Sky deities, Rangi and Papa. Before they created this universe, they were locked in an eternal embrace. They gave birth to only male children, who were trapped in the dark, cramped nothingness between them. Eventually, their trapped children desire light, and force them apart. This creates space for the universe, which is formed as a result of war between the god-children of Rangi and Papa that occurs in the aftermath of the separation. 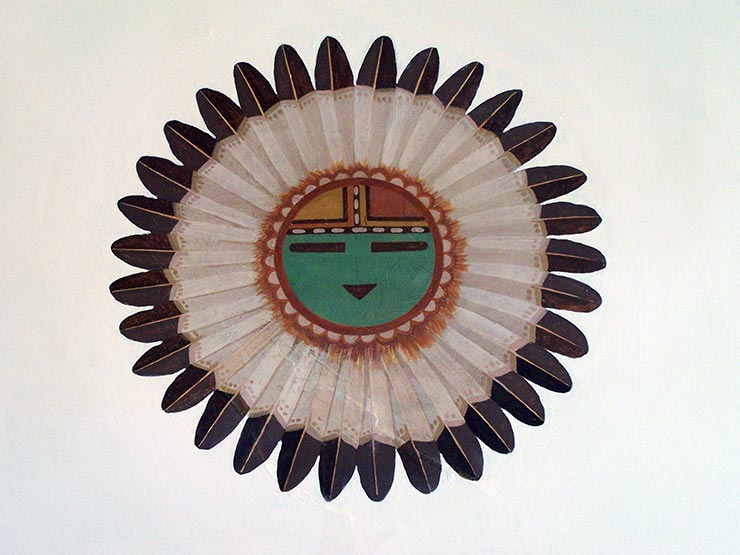 The idea of emergence is one of the most unique and allegorical interpretations of creation. According to these stories, humans once traveled to the current universe from a different, often failed alternate universe. This is usually accomplished by only the most noble or pure humans, with the help of a deity. In other traditions, the “lower” worlds are regarded as incubation chambers necessary for birth into the impending “higher” worlds.

The theme of emergence is especially common in First Nations cultures including the Navajo, Hopi, and Zuni. Emergence myths also tend to focus on feminine, maternal energy as the creative force. These tales frequently include an abstract, omnipresent earth mother figure that gives birth to existence. The earlier versions of the universe are described as the earth mother’s womb, nourishing souls before they are born into their next form.

The Hopi culture of what is now the Southwestern United States teaches a cycle of creation through emergence. According to legend, we currently reside in the fourth iteration of the universe. In each previous version, the people began happy and kind. Over time, they became disobedient and reckless and could no longer live in peace. Then, the spider woman, the symbolic midwife of the all-encompassing earth mother, would come to lead the remaining noble people into the next universe which may be totally different. The previous would be destroyed along with all of its wickedness.

Common in Asian and First Nations folk systems, the earth diver myth describes a magical animal sent by the gods who dives into the primordial sea from the heavens to create the material world. These earth-diver creatures often scour the depths of the sea and construct land, plants, and animals from the sea floor. In many of these tales, the spirits or souls of humans and animals exist suspended in the primordial realm before creation, and awaken to inhabit the mud and sand forms built by the earth diver.

Among the Japanese indigenous Ainu people, the earth diver is often characterized as a water wagtail bird. The creator deity sends the bird down to the sea below, where it scatters the water with its wings and forms the islands with its feet. In other versions of the Ainu myth, the earth diver is a bear rather than a bird.

In the Cherokee creation mythological stories, before there was land, there was only a sky realm and a primal sea. The water beetle that dwelled in the sky became curious what was below the sea, so he dove in. After swimming for some time, he desired a dry place to rest. He dove to the bottom and brought up bits of mud, building the island that would become the land itself.

In Finnish mythological stories, the earth diver is combined with the cosmic egg trope. Before creation there was only the sky, the daughter of the sky Ilmatar, and the primal waters. Ilmatar dove into the primal waters to rest. She swam for 700 years, until she found a colorful bird circling in the sky looking for a place to land. She allowed the bird to land on her, and it laid six gold eggs and one iron egg on her knee. As it roosted on her and incubated the eggs, she grew uncomfortable, and shifted her leg. The eggs fell and broke. The shells formed the land, the whites formed the moon and stars, and the yolk became the sun.